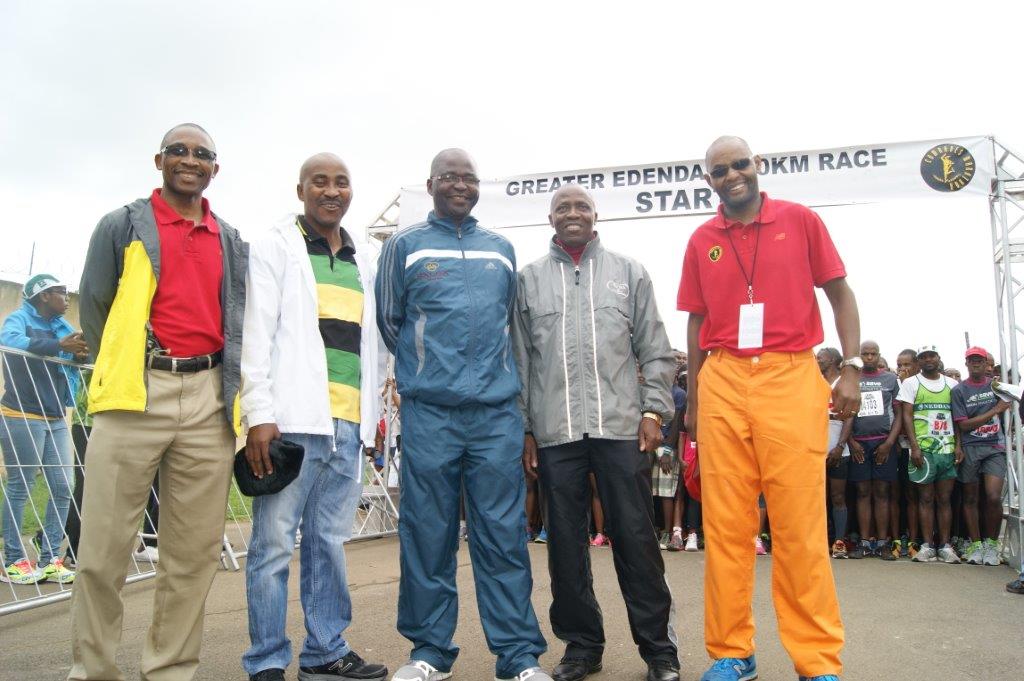 As the Edendale community celebrates the success of the 2014 Greater Edendale 10km Race and Fun Run this past Sunday, the Comrades Marathon Association (CMA) has conveyed its gratitude to the runners, supporters, stakeholders, volunteers and the public for their role in the exciting event.

The eight edition of the race once again showcased some of the country’s top athletes while ensuring a day of fun and excitement for the local community. The running attraction is jointly hosted by the CMA, Msunduzi Municipality, Msunduzi-Pietermaritzburg Tourism Association (MPTA), Edendale Athletics Club and Edendale Eyethu.

Sunday’s 10km Race and 5km Fun-Run attracted just over 2000 runners, including the active participation of the local schools. Supporters cheered the runners at a packed FNB Wadley Stadium in Georgetown, Edendale.

The event was graced by Msunduzi Mayor, The Honourable Chris Ndlela, who said, “It is very encouraging to see this race growing bigger and bigger every year. The participation of the people of Greater Edendale was inspiring, especially the school children. It is also significant that this event is being held around the time that we will observe 16 days of activism against gender violence. It is my hope that this wonderful event grows from strength to strength and that more sponsors find value in investing in such sporting initiatives.”

CMA Chairman and Greater Edendale Race Convener, Macdonald Chitja says, ‘It was a fabulous day of community involvement and road-running development; and as the CMA, we have a responsibility to promote the sport of running. Sunday’s event clearly shows that the love for running lies within each of these runners who participated, both young and old.”

Chitja adds, ‘We are humbled by the support we have received from the community and all stakeholders. Special thanks go to the SAPS and traffic police; as well as all of our marshals and volunteers who ensured a safe and successful event. We are also very grateful to the media and all of our partners who guaranteed a great day for everyone involved.’

CMA CSI Committee Chairperson, Alen Hattingh says, “We value the role played by the physically challenged community members of Edendale who assisted our technical officials with line judging and age category spotting. It is our wish that people from all walks of life are involved in our race in some way or another.”

MPTA’s Dumisani Mhlongo concludes, “This community-centred initiative is not just a sporting event. It unites the community and goes a long way in instilling a sense of achievement as well as building civic pride. We are very grateful for the support of the community and all stakeholders.”