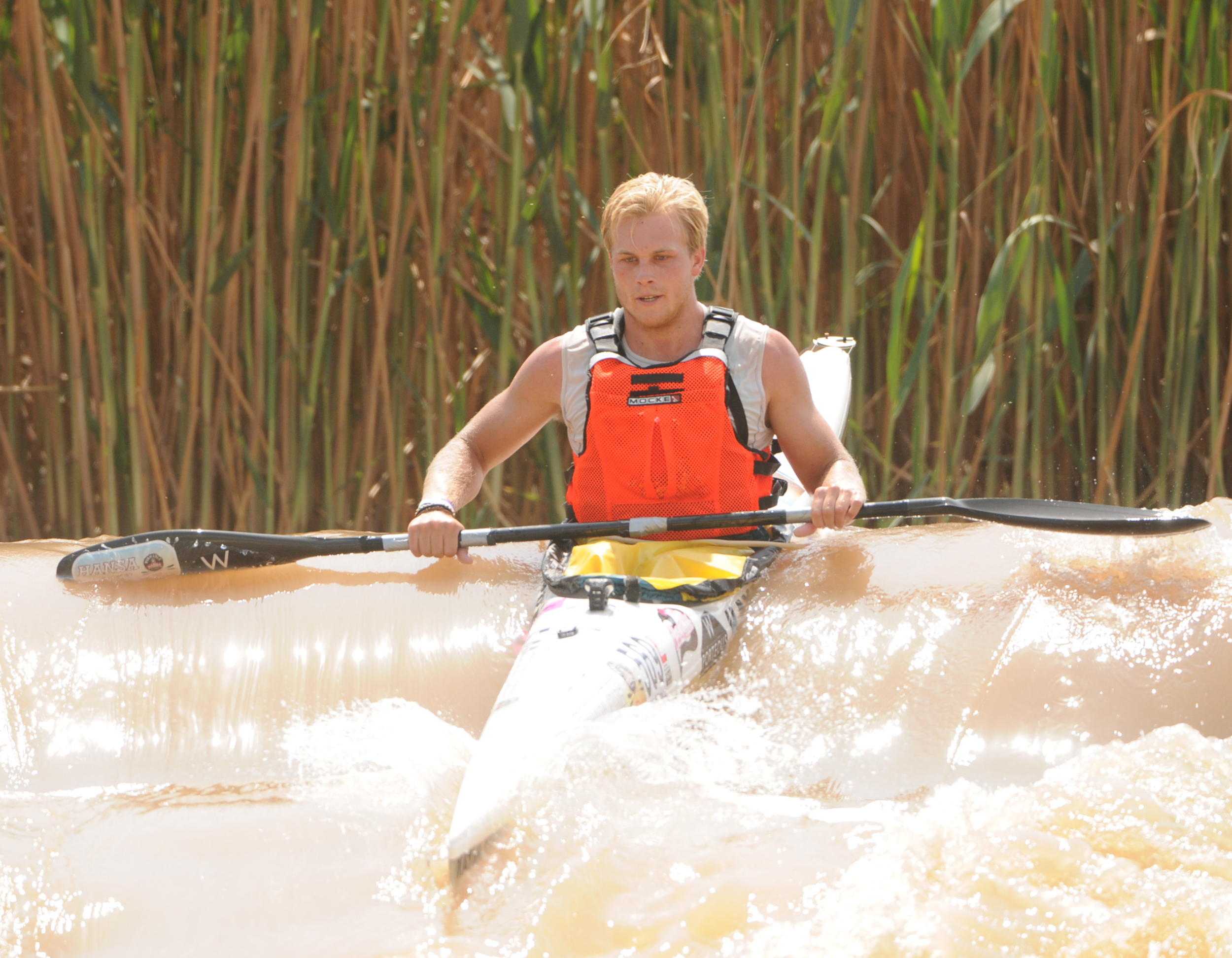 Australian paddler Brendan Rice is no foreigner to South African rivers having tackled the Hansa Fish River Canoe Marathon in 2014 however he realises that the Berg River Canoe Marathon will be a completely different kettle of fish when the race gets underway in Paarl from 15-18 July. Jetline Action Photo/Gameplan Media

Paarl – With rumours abound that the 2015 Berg River Canoe Marathon could be one of the most competitive yet, the stakes have been raised with a number of international stars set to converge on the Western Cape to take on the gruelling four-day race from Paarl to Veldrif on the West Coast from 15 to 18 July.

The five elite international paddlers that will be on the start line in Paarl come from varying parts of the globe with Keith Moule travelling from Great Britain, Jakub Adam from Czech Republic, Joep van Bakel (Holland), Kiko Vega (Spain) and Brendan Rice from Australia.

It seems that the international fraternity have heard about the gruelling nature of the Berg and Australian paddler Brendan Rice is one that is ready for the tough conditions as well as the long distances in the boat.

British paddler and adventure athlete Keith Moule echoed the sentiment of Rice adding that the standard of competition in South Africa was another major draw card for him.

“South Africa has a good reputation of marathon racing and I’m really looking forward to seeing how I do on one of the famous South Africa races,” Moule said.

“I wanted to take part in more of the big races around the world and Berg River Canoe Marathon has a great reputation of being a tough endurance event.

“This seemed like a great race to take part in and will give me a great mid-season boost in mileage to help me prepare for the Marathon Worlds in September!”

The Marathon World Champs silver medallist knows all too well that the nature of the Berg beast is entirely different to that of the Dusi though.

“I feel a bit like I did before Non-Stop Dusi – quite nervous about the distance – but my goal is to try just staying with the top guys and to finish well as I prepare for the Marathon World Championships in Hungary.

“It will probably be the longest marathon I have ever done!” Adam added.

For many of these internationals, including Dutch paddler Joep van Bakel, taking on the Berg River Canoe Marathon will be a completely unique experience.

“I never paddled a race that is comparable to the Berg so what I know for sure is that it will be tough, challenging, adventurous, long and painful!

Expectations are difficult to establish for paddlers when the race is completely foreign, leaving Rice to echo Adam’s sentiments despite having notched up some South African paddling experience of his own previously having, like Adam, also successfully navigated his way through the Hansa Fish last year.

“I never competed in a four day race before or over anywhere near the distance so I’m not sure really what to expect.

“I’m hoping I can just take it day by day and really just enjoy the experience,” commented Rice who enjoys blood ties to South Africa through his father, Shaun Rice, a former multiple Springbok paddler.

Moule is accustomed to distances like that of the Berg and with a fellow Brit Ben Brown having completed the race in 2013, he has been able to fall back on his countryman for some tips going into the race.

“I have spoken to a few friends who have completed the race; Ben Brown raced the Berg a few years ago and he has given me some good advice.

“I understand that the first couple of days are a bit more technical and the third day is the day which sorts out the fitness levels of the racers.

“The Devizes to Westminster takes about the same overall time, but this was a time trial and we just had to work as hard as we could from start to finish.

“I expect the Berg will be a little nicer as it is split over 4 days but I guess I will have to concentrate a lot more each day on what other people are doing in the race,” Moule explained.