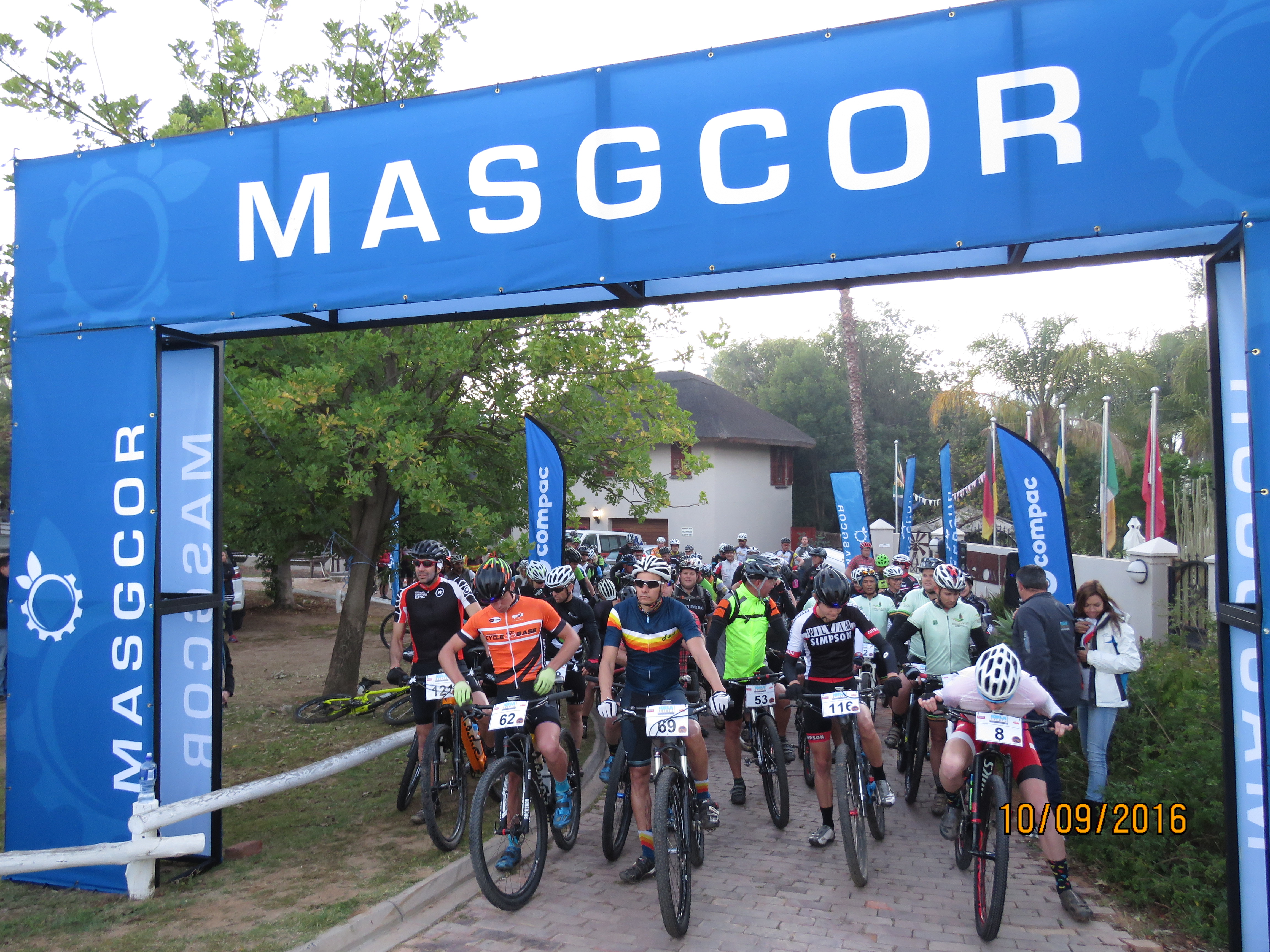 The second Cederberg 100Miler took place on Saturday 10 September 2016. The race was generously sponsored by Masgcor, manufacturer and supplier of fruit packing machines. Other sponsors and race partners include Olympic International, Sportsmans Warehouse, Enduren and Squirt.

Pre-race registration and supper was hosted by The Yellow Aloe Guesthouse in Clanwilliam where, very conveniently, the race also started at 7h00 on race day. Ample blue branding of the main sponsor provided a festival of colour at the start. 80 keen riders set out on their journey through the Cederberg.

A strong head wind, which was present most of the way, provided riders with more challenges in addition to the 3000 odd metres of climbing and the 160km to Kaleo Guest Farm in the Koue Bokkeveld. Three leaders, Timothy Hammond, Jurgens Uys and Craig Boyes made it clear from early on that the winner might come from this select group. Jurgens and Craig were on their second Cederberg 100Miler event, while Tim was a newbie to the event, although not to the entire distance and route, having won the Transkaroo in the past. 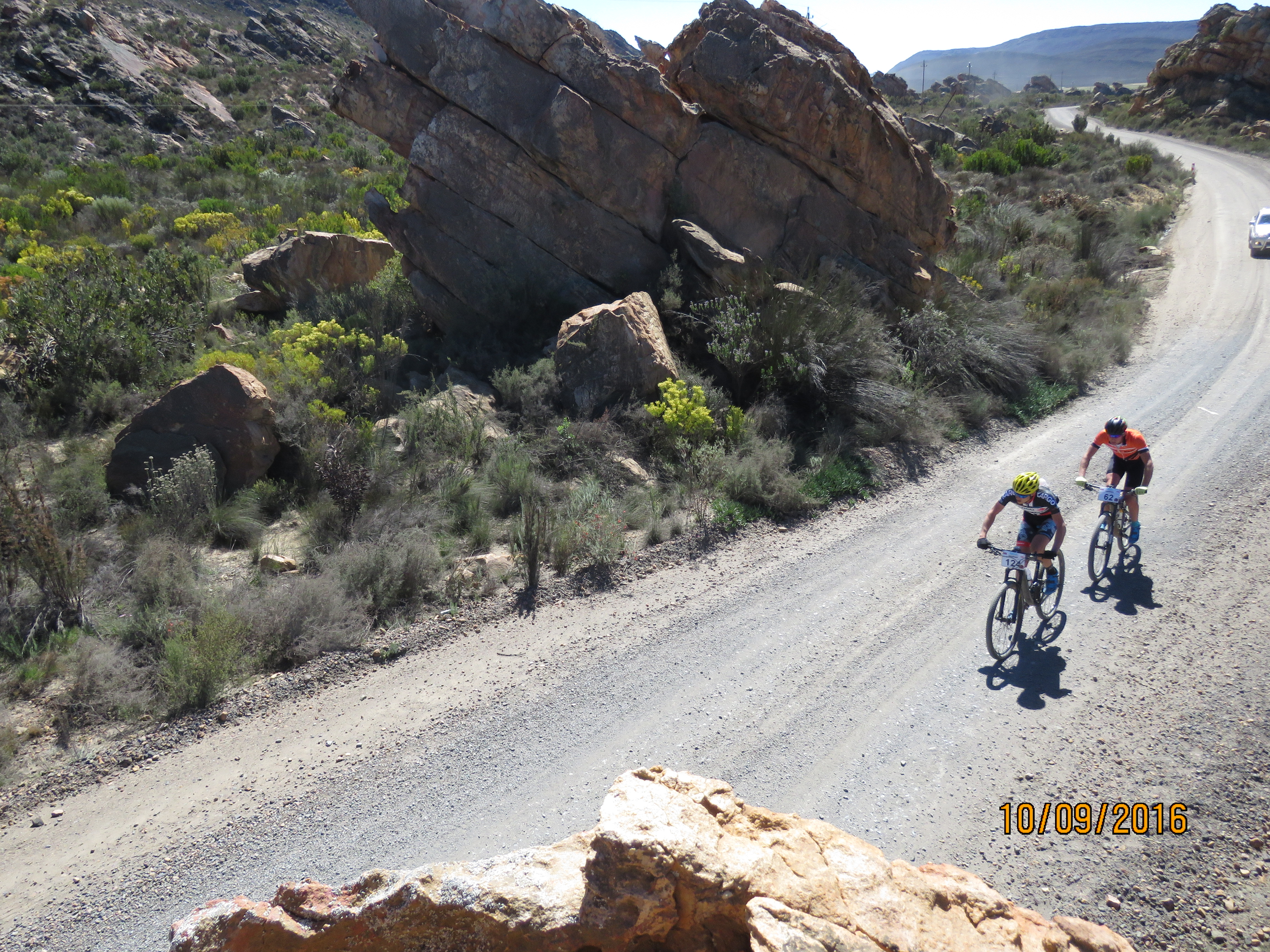 Unfortunately, Craig pulled out en route, but Jurgens and Tim looked set for a dual (duel?) ride to the finish. They were even joined by beautiful ribbok crossing the road on the route!

Having the wind to blame, the finish time for this year’s winner, Timothy Hammond was almost 30 minutes slower than the inaugural event in 2015, but the win was still a good one (6h52). Jurgens was runner-up and Tom Wetton in a well-deserved third place. The ladies category was boosted by the presence of legend Hanlie Booyens (8h07), Esther Lategan (who incidentally had her birthday on race day!) and a number of other very good riders. Hanlie came up tops and Esther a close second, with René Schoeman third.

This race is iconic for a number of reasons: most beautiful scenery, lots and lots of climbing, not-too-technical roads and an excellent start and finish venue in The Yellow Aloe and Kaleo Guest Farm. And according to a lot of riders, a MUST-DO for next year!