Experienced flat-water marathon duo of Jenna Ward and Kyeta Purchase will be in the running for the women’s crown at the Hansa Fish River Canoe Marathon from 27-28 September. Balint Vekassy/
Gameplan Media

Cradock – The 38th edition of the Hansa Fish River Canoe Marathon will sees the country’s strongest K2 combinations line up for a shot at the South African River Marathon Championship titles this Friday and Saturday.

The two-day 82km showdown is often seen as the pinnacle of river marathon paddling in South Africa and with the added spice of a national title the race will be intense across all the age classes and racing categories.

With some of South African paddling’s most famous obstacles like Keith’s Flyover, Soutpansdrift rapid and the infamous Cradock Weir the race offers both paddlers and spectators with an enthralling spectacle from start to finish.

In the men’s race there will be an exciting multi-boat tussle at the front with the Cradock born and raised brothers Greg and Ryan Louw hoping to write their own piece of Fish history on Saturday. They won the recent Breede Canoe Marathon and have been working hard to peak for their hometown major this year.

Five-time K2 winner at the Fish Hank McGregor will be back again to try and regain the K2 title that he last won in 2013 with Grant van der Walt.

The country’s most decorated paddler will line up with Euro Steel team-mate Wayne Jacobs and the pair will be finish line contenders given their track record. They won the Umkomaas Marathon earlier in the year and finished eighth at the competitive Sella Descent in Spain.

Amongst the other challengers will be the all-Cape Town pair of Stuart Maclaren and Jasper Mocké.

Maclaren, who paddled the South African Marathon Championships with Nick Notten, will team up with the experienced Mocké who has a strong history in K2 river paddling.

A slightly darker horse coming into the race will be the Stellenbosch-based duo of Under 23 ace Alan Houston and former Dusi winner Lance Kime.

Kime is in strong racing shape following his return from an international adventure race and Houston recently finished runner-up at the Breede with Stew Little.

If the combination clicks they could well be in the running for a podium spot when they reach the Cradock Sports Complex on Saturday.

Spaniard Kiko Vega returns to South Africa for his fourth Fish and will team up with Clinton Cook to renew a partnership that was successful at this year’s Umkomaas Marathon where they finished second to McGregor/Jacobs.

The women’s race will also have an exciting competitive edge to it with two boats rising to the top as contenders for the overall national crown.

Christie Mackenzie and Bridgitte Hartley will be widely fancied to take the women’s title. They are the current national flat-water marathon title holders and have experience in paddling together.

Hartley is the defending K1 women’s title holder while Mackenzie won the Dusi earlier in the year. They have a full K2 river racing season together which took them to a Dusi silver in 2018.

Challenging them will be the experienced pairing of Jenna Ward and Kyeta Purchase.

Their marathon world championships silver medal is proof enough that they will be serious title contenders, and they have factored the Fish in as a last serious hit-out before they leave for the 2019 marathon worlds in China.

The last time the pair paddled in a river marathon together was the Fish in 2015 – Purchase’s first K2 river race.

A definite podium contender in the women’s race will be the pair of Nikki Birkett and young Amy Peckett. While a fairly untested combination, they will be hoping to push for an upset this weekend.

Registration takes place from 14:00 to 20:00 on Thursday and the race begins at Grassridge Dam at 06:00 on Friday morning. 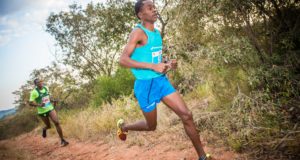 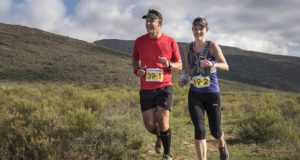 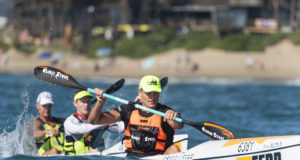