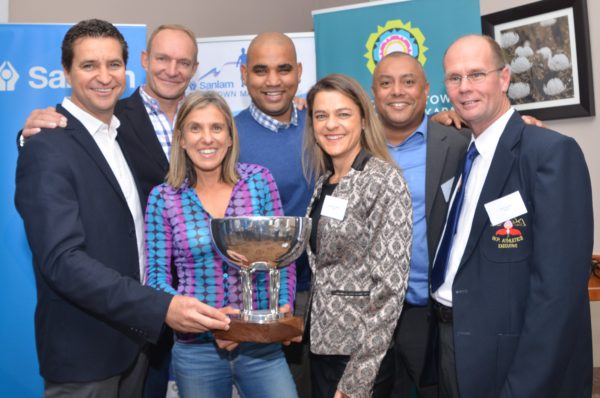 Cape Town, 18 August 2016 – Having cemented its place as one of the most popular and prestigious marathons on the African continent, considered the ‘home’ of global distance running, organisers have confirmed another world-class international line-up for the annual Sanlam Cape Town Marathon.

The weekend road running festival will again be highlighted by the 42.2km contest in the Mother City on 18 September, 2016.

With athletes from Africa continuing to dominate the international marathon racing circuit, by winning the majority of major global marathons, the Sanlam Cape Town Marathon will again give top performers from across the continent the opportunity to shine on African soil.

The elite fields for the men’s and women’s races will be packed with foreign and South African stars, with the organisers announcing an international line-up which is even bigger and better than that revealed for the 2015 race, which was won by Kenyans Shadrack Kemboi (2:11:41) and Isabella Ochichi (2:30:20), with Kemboi already indicating his intention to break the course record this September after having run a 67/ 64 split last year.

The foreign line-up consists of:
Men

This year’s line-up will also see a host of celebrities, including:

In addition, organisers are thrilled to announce the following Rio Olympian athletes who have confirmed their participation in this year’s Sanlam Cape Town 10km Peace Run:

This year’s course will be flatter and faster, with the local and international athletes chasing records, and entrants in the mass field given an opportunity to challenge themselves and their friends by aiming for personal bests at the sea level race, which holds prestigious IAAF Silver Label status. This year’s marathon will see the introduction of pacers into the race, all part of the organisers’ efforts in support of the athletes achieving these desired records.

Says Carl Roothman, Chief Executive at Sanlam Investments, “Sanlam is represented in more than 30 countries on the continent, and as sponsors we continue to elevate the Sanlam Cape Town Marathon in pursuit of the sought after Gold Label status. In partnering with local celebs and first time marathon runners, MasterChef winner Kamini Pather and radio DJ Poppy Ntshongwana, we invite runners from across South Africa to join them and thousands of runners in building Africa’s Major.

The Sanlam Cape Town Marathon will also host the increasingly popular Sanlam Cape Town 10km Peace Run on Sunday, 18 September 2016. Once again, race organisers challenge those who will not be competing in the 42.2km race to join on the day, coming together to not only experience the vibrant spirt of the Cape Town community, but as importantly, to run for Peace.

The race will also give back to the community at large in numerous ways as part of the #Running4Change campaign, with the Sanlam Cape Town Marathon joining other high-profile races around the world which offer a platform to promote change.

Says race ambassador and Endurocad founder Elana Meyer: “This is so much more than just a race. This event gives South Africans an opportunity to not only run a world-class event at home, but to challenge themselves. By focusing on health and wellness, as well as fundraising, we are able to use the event as a platform to uplift people in the city and across the nation in so many ways. This year’s race will offer an even greater experience than ever before as we strive for IAAF Gold Label status by turning this festival of running into Africa’s most iconic city marathon.”
Participants will have a chance to Run4Change in numerous ways. Take the pledge to Run4Change and support the following initiatives:

– Raise money for multiple charities associated with the race, or donate to help communities in and around Cape Town
– Play a role in the #RunGreen environmental sustainability drive in this climate neutral event by not littering and off-setting your travel carbon footprint.
– Pledge to promote peace through sport by participating in the 10km Peace Run or either of the trail runs
– Donate to official beneficiaries Endurocad and Western Province Kids Development Program in order to promote development through sport

“Our focus will remain on the sustainability of this must-run iconic city marathon, which talks to its very unique Climate Neutral event status and in driving participation and support amongst all South Africans and international runners,” continues Roothman. “In containing the beauty of this iconic international destination, we invite runners to join us in running4change and make use of the very convenient and highly visible chucking zones along the route. With one month to go, we wish everyone involved in the race all the best with the final preparations.  Let’s remind ourselves – Africa is our home and Sanlam Cape Town Marathon is our race.  Let’s build it together.”

You can enter online at www.sanlamcapetownmarathon.com

Africa is our home, this is our race.

It’s Cape Town, must run it!