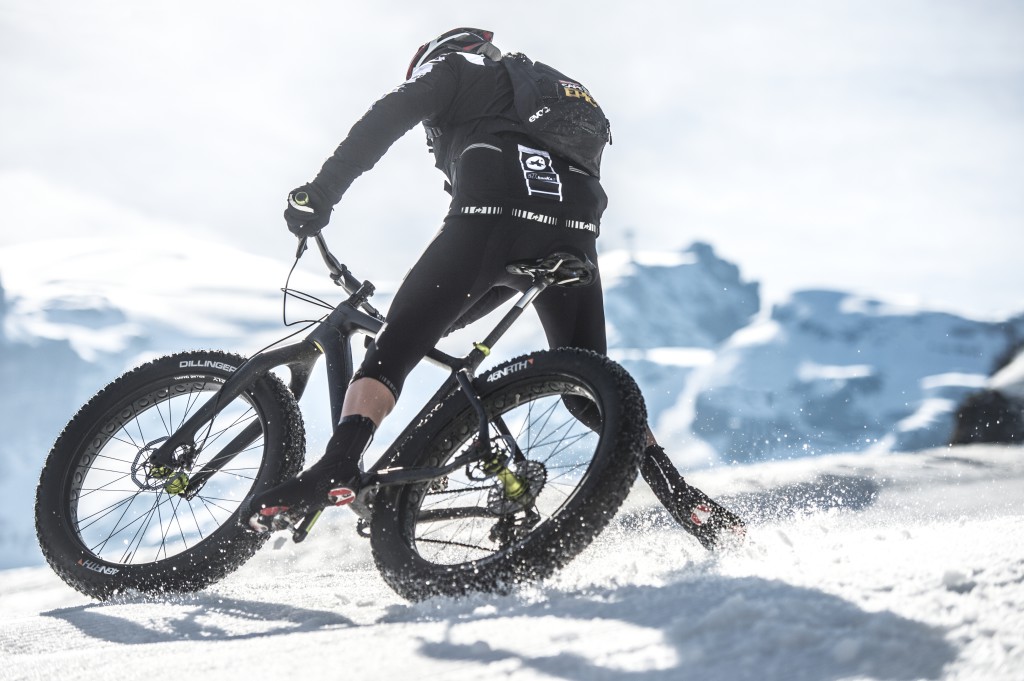 The team behind the world’s foremost mountain bike stage race, the Absa Cape Epic in South Africa, is spreading its wings … into the Swiss Alps.

From January 14 to 18 in 2015 it will stage Snow Epic, Europe’s first winter festival of biking, in the idyllic Alps town of Engelberg. The riding will be done on fatbikes, the new super fat-wheeled trend taking the world of cycling by storm. The event will also host a winter biking expo in the town at the same time.

Absa Cape Epic founder Kevin Vermaak explained the thinking behind Snow Epic: “For many years we’ve been looking for an event to complement the Absa Cape Epic. Our goal when we started the Absa Cape Epic was to be foremost mountain bike stage race in the world, and many would say we’ve achieved that.”

The Absa Cape Epic, first staged in 2004, has grown into the most televised mountain bike event in the world. It is rated hors categorie (beyond categorisation) by the Union Cycliste Internationale. Other events which enjoy similar status are the Tour de France, Giro d’Italia and Vuelta a Espana.

“We did not want to stage another mountain bike event in South Africa or elsewhere in the world that would not have its own unique character. We also want to do something ‘cool’ … something that promised a whole new experience.”

“I think we have achieved that with Snow Epic,” said Vermaak.

Snow Epic riders will compete in five events over three days, each with its own distinct character, on trails and slopes normally reserved for skiing. The events will include a tough hill climb, a timed descent down a ski slope, a cross-country style loop in the Engelberg valley and a floodlit dual-slalom race. Daily riding times will vary from about two to three hours for leading riders to up to five hours for back markers.

Fatbiking originated in the United States, where the super-sized tyres were first used to negotiate the snowfields of Alaska and the sandy deserts of New Mexico. Now it is the fastest-growing segment of the United States’ cycling market and quickly gaining popularity around the world.

The idea for Snow Epic arose when Meerendal Wine Estate owner and entrepreneur Herman Coertze – a long-standing friend of the Absa Cape Epic – took to fatbikes to train for the 2014 Absa Cape Epic in Engelberg, where he lives part of the year.  The Absa Cape Epic has partnered with Coertze to organise Snow Epic.

Snow Epic will include a fatbike and winter-biking expo in Engelberg. Leading fatbike and component manufacturers will be showcasing their new products there. Engelberg is the first European ski resort to follow many North American resorts which partially close ski slopes to accommodate fatbiking.

Go to www.snow-epic.com for more details.