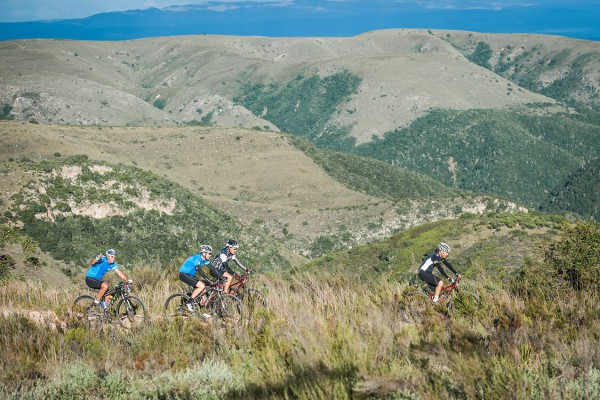 Addo is gearing up to welcome more than 140 mountain bikers from across South Africa for the second edition of the three-day PwC Great Zuurberg Trek, which is based at the Zuurberg Mountain Village near Port Elizabeth on May 29.

The two-person teams will explore a 200km route that covers the Sundays River Valley and mountains to the north and south of the race village and includes sections of the Addo Elephant National Park.

Race organiser Rob Hayter said his route building team had been hard at work to get the singletrack for this boutique event into perfect shape after recent rains in the area.

“All the rain has ensured that our usually dry Addo area is looking beautiful. Preparations are going well and all will be ready for a great event.”

With participants expected from as far afield as Potchefstroom, Cape Town and Gauteng, Hayter said they would get a taste of true Eastern Cape mountain biking, which was often overlooked in favour of the major centres.

“There is still time for riders from other provinces and cities to join us for a challenging ride but one that is not unduly hard, with lots of comfort and relaxation built in.”

To this end, he said organisers had introduced a popular luxury safari tent stay to accommodate the overflow of riders from the four-star hotel, which would be home to the event for the weekend of the race.

“Almost 20 per cent of our entries are mixed teams this year, so it’s very pleasing to see more ladies riding and couples enjoying a relaxing weekend break together.”

Hayter said the daily distances had been reduced to provide a more accessible challenge for riders.

“Stage one is now 70km with a total ascent of around 1 500m and we’ve built two new bridges to eliminate some compulsory portages.”

He said the 77km queen stage on day two, which featured 1 900m of climbing, had also been altered slightly due to storm damage.

“We’ve removed the zigzag that everybody feared, smoothed the tracks and added an interesting new section down to Slagboom Dam.”

On the 50km final stage, he said, riders could look forward to a piece of “singletrack heaven” at Hayterdale Trails and a final climb up to the finish on the historic Zuurberg Pass.