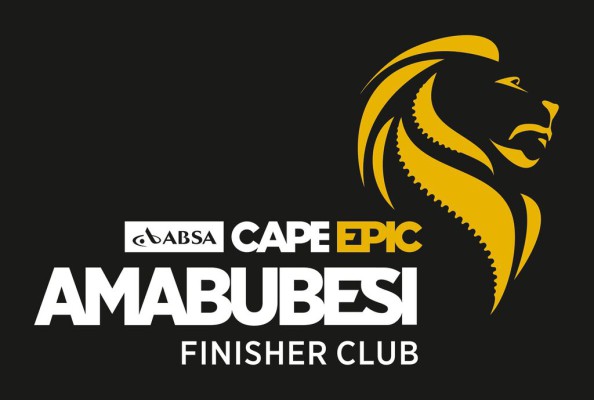 The requirements for gaining entry to this club are among the most demanding of any in the world.

It is called the Amabubesi Finishers’ Club and to join you need to finish the eight days of the Absa Cape Epic three times. That is, you have to finish one of the most demanding sporting challenges on the planet three times.

This year the 17th rider to cross the line for their third finisher’s medal will become the 1000th Amabubesi member.

Might that person be former professional footballer Gordon Gilbert, a Scotsman who was born in South Africa? In 2015 he and partner David Cooke finished 34th overall.

Does becoming an Amabubesi rider motivate him? “Absolutely, this is a huge achievement for anyone and I’m no different.  I am very excited about the Amabubesi status and it will live with me forever.  I have already got my lion tattoo (the Amabubesi symbol), so this will be a nice touch.”

Gilbert played professional football for St Johnstone and East Fife in Scotland. “Then South Africa caught my eye when I heard the World Cup was going to be held there. I moved to South Africa and played for Mpumalanga Black Aces, Kaizer Chiefs, Moroka Swallows and Thanda Royal Zulu.”

Talking about the challenge that lies ahead in March next year, the 33-year-old said: “I don’t think there’s a better stage race anywhere in the world. The Cape Epic is such a tough race, with a reputation for being the ultimate test in every way. I have always loved pushing my body to the max and the feeling you get after conquering such a challenge.”

Or could Amabubesi number 1000 be John Roosen, a cardiologist from Belgium? Roosen lived in South Afrixa in 1997 and 1998 and is a big fan of the country: “The Cape Epic is still the most challenging mountain bike race in the world, and since it is in South Africa it is also special for me.

“For me Amabubesi status would mean that I have achieved something special during my life, something which has nothing to do with my professional career.”

Roosen, who will be riding with colleague Yves De Bruecker, said he was recovering from a ruptured Achilles tendon but was in good spirits and his training was beginning in earnest now.

Another candidate will be Spaniard Ruben Folgado, an engineer from the small Mediterranean village of Tarragona? Folgado is a cancer survivor and has had part of a kidney removed: “Fortunately now I have plenty of energy and health and am able to cycle again. Cycling is an important part of my life and helping people with cancer is my cause.”

Or Dave Aitken, a South African banker who lives in Dar es Salaam, Tanzania? “We train in the amazing city of Dar es Salaam, where every puddle could be a drowning episode, and traffic is so bad that sometimes there is no gap large enough for a bikes handle bars to pass through, it rains a couple of times a day. We eat chipati and anazi at the mama lishas next to the road. In between we swim at amazing islands including Zanzibar.

“Has anyone else training for the Epic had to use a ferry across the harbour to complete a training ride or drink milk from freshly cut coconuts to avoid dehydration?”

“I am passionate about mountain biking. Not only is the exercise great, but it helps me clear my mind and to get away from the hustle and bustle of city life and to spend time in nature,” said van der Vyver. “It allows you to remain competitive despite your age as the local races are set up on the basis that you compete in your age category. It has also been a life-long dream for me to participate and complete the Cape Epic.”