An Epic Adventure For A Cycling Legend 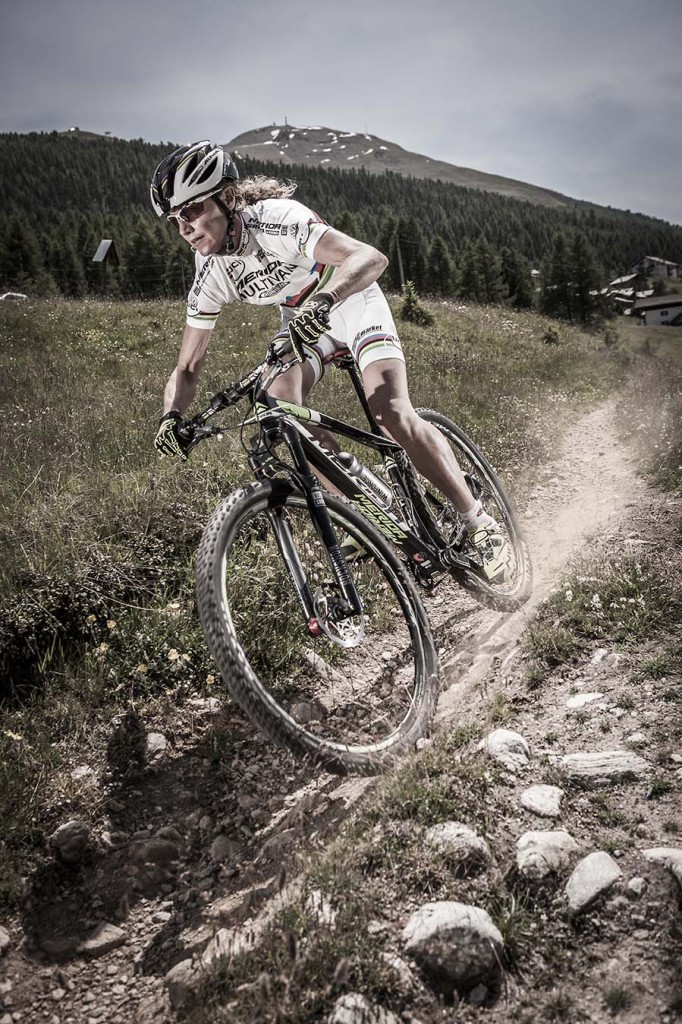 She might be the world’s most-decorated women’s mountain biker, but Norway’s Gunn-Rita Dahle Flesjå is playing down her chances of a win in her debut Absa Cape Epic. – Multivan Merida Website

She might be the world’s most-decorated women’s mountain biker, but Norway’s Gunn-Rita Dahle Flesjå is playing down her chances of a win in her debut Absa Cape Epic.  “‘Survive and enjoy’ is the motto for Kathrin (Stirnemann, her partner in Team World Bicycle Relief) and I,” said Dahle Flesjå.  “We are approaching it as a great adventure … and, of course, as experience for next year’s participation in the Absa Cape Epic.”

Switzerland’s Stirnemann, the cross country eliminator World Champion, revealed though that they do have some ambitions: “Our goal is to fight for a stage win.  And I hope Gunn-Rita and I have a great adventure together.”

42-year-old Dahle Flesjå has an Olympic Games gold medal in the cross country discipline (2004), nine world championship titles (four in cross country, five in the marathon discipline) and many more European and national championships. She has also won scores of other races over the years.  Stirnemann is 25-years-old, but Dahle Flesjå’s pedigree suggests the age gap won’t be a factor: “I think my endurance will be as good in a stage race as it has been before, both on the road and mountain bike,” said the Norwegian.  “Kathrin will be a young-minded rider and will inspire me and keep me in a good mood.  I think we will have a lot of fun.”

Stirnemann said she and Dahle Flesjå would race the Cyprus Sunshine Cup at the end of February “and will spend some time together and do some riding and racing together.  I think it will be a perfect combination,” she added.  “My strengths are my technical skills and setting a fast pace in flat sections.  Gunn-Rita will probably be physically stronger than me, especially on the uphills, and so I hope we will complement each other pretty well.”

Dahle Flesja believes “good humour, direct communication and a positive mindset” will be the keys to good teamwork for the Absa Cape Epic stage race.  Stirnemann is also alert to the importance of the team dynamic in the rugged challenge: “I thinks it’s a very important part.  We’re going to find out during the eight days if we really harmonise as a team.”  She thought last year’s champions, Ariane Kleinhans and Annika Langvad, and former women’s winners Esther Süss (riding with Alice Pirard) and Sally Bigham (with Blaža Klemenčič) would be at the head of the women’s field.  Dahle Flesjå stressed though that “Kathrin and I will not aim for the overall at all”, and would be enjoying riding with some of the strongest teams in world marathon racing.  The two women race for different professional outfits on the World Cup circuit so have banded together under the World Bicycle Relief charity banner for the Absa Cape Epic.

They will ride different bikes. Dahle Flesjå will be riding a full-suspension bike in a race for the first time – the Merida Big Ninety-Nine – while Stirnemann will be on a Haibike Sleek 29er.  “It is one of the lightest 29er full-suspension bikes in the cross country World Cup circuit and also perfect for marathon races,” said Stirnemann.  “I won the Cape Pioneer Trek on the same bike in 2012.” 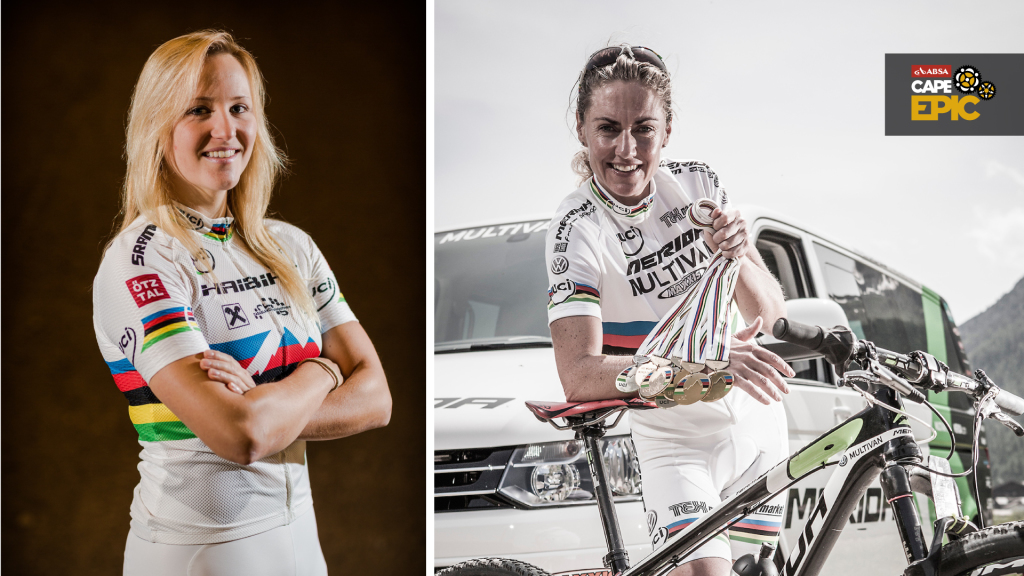 Dahle Flesja knows the Absa Cape Epic by reputation as “one of the hardest stage races in the world as well as one of the greatest adventures on a mountain bike ever … time will tell”.  Stirnemann had heard that it is “famous as the hardest mountain bike stage race, and maybe comparable with the Tour de France”.

This year’s race takes place from 15 to 22 March and will once again take 1 200 riders through some of the Western Cape’s most unspoilt territory.  The race kicks off with a prologue on Table Mountain, starting from the University of Cape Town, and finishes eight days later at Meerendal Wine Estate in Durbanville.

Meerendal will host the finish of the race and the Grand Finale celebrations for the first time.  The Grand Finale will commence with live entertainment, a farmer’s market, great food and wine and unmatched scenery.  Vantage points will be accessible to the general public.  Experience the Grand Finale in style, Hospitality tickets are available on the website – http://www.cape-epic.com/involve/hospitality/grand-finale-hospitality.