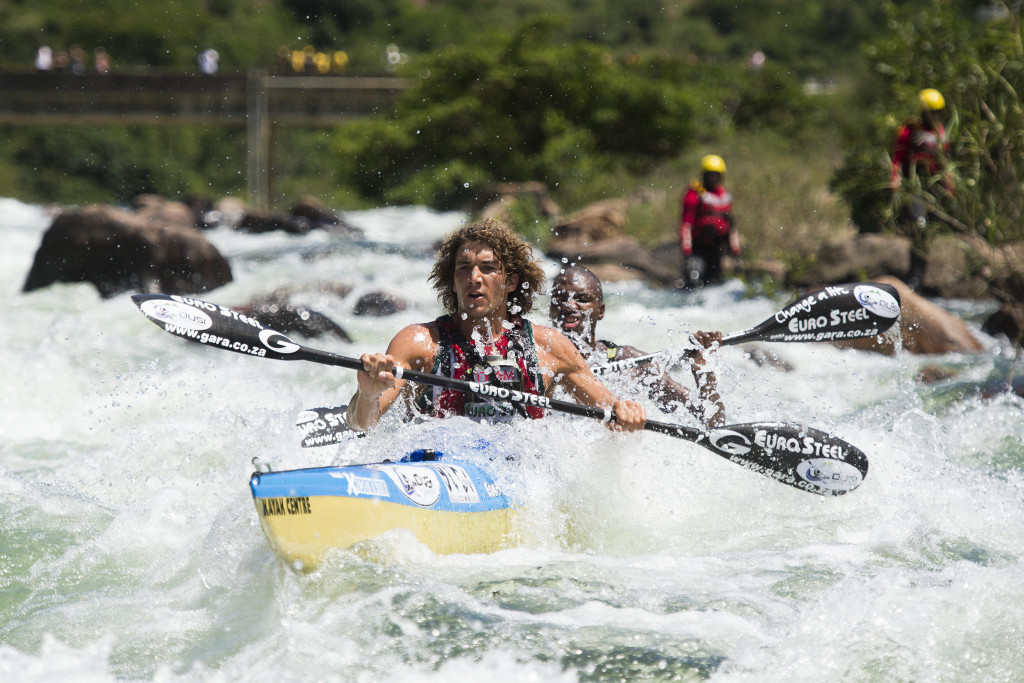 Cape Town – The race for the 2014 Berg River Canoe Marathon title from 16-19 July took on a new dimension when the entry of Under 23 Canoe Marathon World Champion and triple Dusi winner Andy Birkett was received at the race headquarters shortly before the closing of normal entries.

The Pietermaritzburg-based Eurosteel/Kayak Centre star has been included in the South African team for the Canoe Marathon World Championships in Oklahoma City in September as one of the senior men’s K2 crews and has set his sights on the Berg as part of his preparation for the global clash.

“The Berg is 11 weeks before (World Champs in) Oklahoma City which makes it ideal base training!” said Birkett.

“That is what I expect from the Berg, some solid background mileage, time in the boat building my fitness base,” he added.

This means Birkett is unlikely to get drawn into any intense duelling on the water during the race, despite his stellar pedigree, and says the odds are so stacked against him that he comes into the Berg with no expectations of a top result at all.

“It would be the same as one of the Cape guys coming to do the Dusi without any tripping or racing on the river – you basically haven’t got a chance!” explained Birkett.

With one Berg finish to his credit – a very full river some years back when he was still racing as a junior – Birkett is aware of the importance of local knowledge and admits that he remembers very little from his previous effort.

“I remember having to follow the local guys for the full four days because I didn’t have a clue about the channels and sneaks at all back then and it will be pretty much the same again this time around.”

“I also remember the third day being long – really, really long!” he recalls.

“I am not concerned about my result, this is a training exercise for me,” he stressed. “To put pressure on myself to get a big result would be totally unrealistic.

“Besides, if you get caught up in a race, things happen on the river. Everyone is bound to make a mistake, and I don’t want to end up getting cross with myself if something like that happens,” said Birkett.

The elite paddlers that have already committed to the race have a high regard for Birkett, whose transition from a successful Dusi multi-sport athlete to a world-beating marathoner caught many off-guard. His gutsy victory over Brandon van der Walt to claim the Under 23 K1 Canoe Marathon World crown in Copenhagen last year has entrenched his all-round reputation.

While his lack of local knowledge of the race may well see him shrugged off the front bunch on the first two days, there is no doubt that he will be a prized guest on the front bunch on day three when the race starts in a batch format for the long 75km haul from Bridgetown to Zoutkloof.