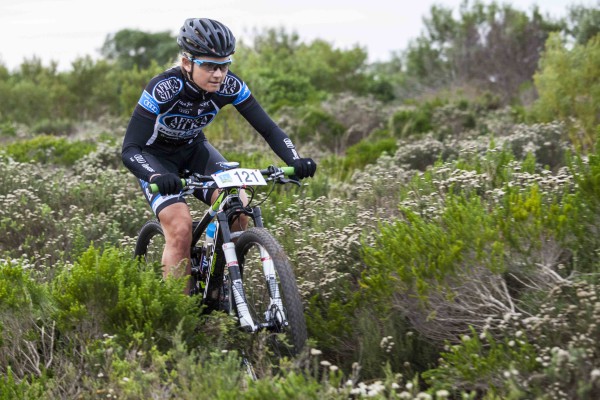 The JBay Wind Farm MTB Classic takes place on 16 July 2016. Previously this event was known as the JBay MTB Open and forms part of the JBay Winterfest, which is set to take place from 6-17 July.

JEFFREYS BAY – Multiple Cape Town Cycle Tour and Momentum Weekend Argus Knysna Rotary Cycle Tour champion Anriëtte Schoeman will be on the start line at the JBay Wind Farm MTB Classic on 16 June to defend her title. “I keep on coming back to this race because I absolutely love the festive vibe and the fantastic route layout,” commented the Port Elizabeth rider. “The prize purse is really good – having been increased to R10 000 first prize for both men and women – but the route is honestly one of the most fun days you can have locally in and around PE,” she said.

Schoeman described the route as “a mix of singletrack, gravel roads, some proper climbs and loads of scenery; as an added bonus we ride through the wind farm which makes for a remarkable experience.”
According to Schoeman traversing the Jeffreys Bay Wind Farm – as all three routes on offer, the a 25km fun ride; 50km half-marathon and 85km ultra – do, is a highlight. “For me the best part of the race is where we ride through the Wind Farm,” Schoeman said. “Riding literally underneath the spectacular, gigantic wind turbines is something very special. Only once you ride so close to them do you realise how massive and fascinating they are,” she said.
Schoeman will once again be competing in the Ultra and will be looking for an unprecedented fourth women’s title. “The ultra distance is hard in the sense that it offers such a wide variety of terrain that you continuously have to adapt your rhythm,” she explained. “There are some proper ascents that makes for some challenging riding but the race is not too technical so even if you are not an expert with technical riding you will still love the challenge,” Schoeman concluded.
Jeffreys Bay Wind Farm is the title sponsor of the JBay Wind Farm MTB Classic – the race has traversed the farm since 2014 and carries the unique distinction of being the only MTB event in Africa to run through a wind farm.
Entries for the JBay Wind Farm MTB Classic are limited, enter now at www.jeffreysbaysport.co.za.
featured JBay Wind Farm MTB Classic 2016-06-29
Tiaan Pretorius