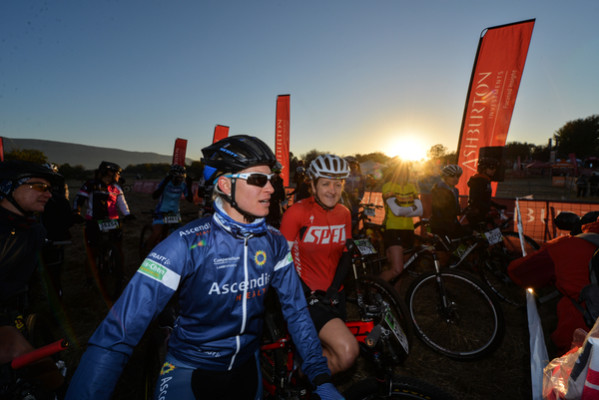 The prestigious Ashburton Investments National MTB Series heads to South Africa’s KwaZulu-Natal province this weekend for what could be the most decisive round in the seven-event series.

The event, which takes place at Hero Adventure at Sugar Rush incorporating Holla Trails, Ballito, is Round 5 of the Series, a crucial round in terms of the overall final series standings. Riders get ranked on their best five results in the Series and some of those that have missed a round will be able climb up the rankings with a strong result this weekend.

Seven of the current top 10 men have confirmed that they’ll be on the start line, including Series leader, Switzerland’s Konny Looser (Meerendal Wheeler). Looser has a second, a third, a fourth and a fifth so far in the first four rounds and will be eager to grab that elusive win. But he’ll be up against strong opposition.

Bell, the 2013 and 2014 National MTB Series champion, showed he’s probably the man with the best form currently following his second place finish at last weekend’s BestMed Jock Tour, a demanding three-stage road race in Mpumalanga. But Walker’s bronze medal at the South African XCO Championships in Stellenbosch last weekend will have not gone unnoticed. His big challenge will be the endurance.

By Ashburton Investments National MTB Series standards, the course is on the ‘tame’ side. The men will tackle 105km with 2100 metres of vertical ascent. This will produce a faster race, but will still be a substantial challenge for the riders. The climbs on the KwaZulu-Natal north coast aren’t long, but they’re steep and prolific and the high volume of mountain-bike specific singletrack at Holla Trails is sure to demand 100% focus from the riders, especially in the latter stages of the race.

Neethling currently leads the 2015 Series and showed good form to win the Nissan TrailSeeker Series marathon in Grabouw recently. But Stander and Kleinhans, both returning from Europe, cannot be underestimated. With Stander only having done two rounds of the series and Kleinhans three, they’ll be eager to claw their way up the rankings, especially Kleinhans, who is the Series defending champion and recent runner-up at the Swiss marathon championships.

De Groot comes into the race with good form, as was seen by her dominant win at the Nissan TrailSeeker Lionman marathon less than a fortnight ago. She won the 2012 National MTB Series and is eager to regain that coveted title.

The winter rain in the region over the past few days has helped break a long dry spell that’s led to the implementation of water restrictions. It’s likely to result in trail conditions ranging from firm to damp to muddy, all of which will add to the challenge.

In addition to the Ultra-marathon and the marathon, there’s a 40km half-marathon, which is expected to draw a large entry.