Athletes to watch in the Ultra-trail Cape Town, the final race of the 2018 Ultra-trail World Tour 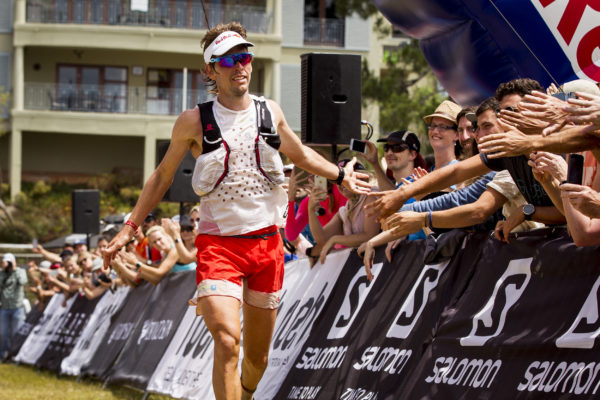 With last year’s first and second placed men back to claim the top spot for 2018, and a very strong field of international elite athletes travelling to South Africa for 1 December, the Ultra-trail Cape Town (UTCT) Men’s race will be an exciting one. The Women’s race also looks to be closely contested, with Italian Francesca Canepa and Kelly Wolf from the United States (US) currently on the same top points in the International Trail Running Association (ITRA) ranking, which means that UTCT will decide the 2018 World Tour Women’s champion.

Prodigal Khumalo, originally from Zimbabwe, was the winner of both the 2016 and 2017 UTCT 100km. He is eyeing the hat trick, and has the advantage of knowing the route well – where to hold back and where to take chances. Khumalo placed 11th at this year’s Comrades and also won the Zululand Ultra Marathon 56km.

Cape Town based Ryan Sandes came second in the 2017 UTCT, the first time he had taken on the event. He goes into this year’s race with the advantage of having trained regularly on the route, and he has the support of the local trail running community. Sandes came first in the 2017 Western States 100 Miler, and in 2018 he achieved the incredible feat of completing the 1406 km Grand Himalayan Traverse, crossing in a record breaking time of just under 25 days.

“I am stoked to be a part of UTCT again this year. It’s pretty awesome to have some of the best trail runners in the world coming to race in my backyard. We have a very cool trail community in Cape Town and getting to run in front of them is always really special. In the space of a few years UTCT has become one of the must do races on the global trail running scene and I can’t wait to be on the start line.”

Canadian Rob Krar has definitely set his sights on the podium at UTCT after a first place at Leadville Trail 100km this year. He came first in 2014 and 2015 at Western States.

“After what should have been a career-ending injury in the summer of 2017 derailed my plans to race UTCT last year, I’m stoked to be healthy, training, and racing again. UTCT will certainly push me out of my comfort zone and I’m looking forward to that opportunity.”

2017 French Trail Champion Nicolas Martin is another strong contender, as is Chris Mocko from Colorado in the US, who came first at the 2018 Leadville Trail Marathon and first at the 2018 Cheyenne Marathon. Elov Olssen from Sweden is strong on road and trail, with a 22nd in the Comrades Marathon this year and first in the 2017 Ultravasan 90km.

Last year’s Otter Africa Trail Run winner and top 10 finisher of this year’s Retto (Reverse Otter African Trail Run), South African Christiaan Greyling, is definitely someone to watch. He won the UTCT 100km in 2015, giving him insight to the route. He came third at this year’s Whale trail 50km and 12th at the 2017 Ultra Trail Pyrenees.

Malawian-born Edson Kumwamba finished 13th last year at UTCT, and was 32nd at the Mont-Blanc 90km, so will be looking to make his mark back on African soil. German-born Janosch Kowalczyk, Sangé Sherpa from Nepal, Zimbabwean Lovemore Chabata, Ugo Ferrari from France and SA’s Robbie Rorich are all athletes to watch at the fifth edition of UTCT.

Who to watch in the Women’s field

47 year-old Francesca Canepa has had a very strong 2018 season and won the coveted UTMB title as well as the 100 Miles of Istria. Kelly Wolf, the 24 year-old American, is looking equally strong with wins at this year’s Tarawera 100km and the Lavaredo 120km. With UTCT being the decider in the UTWT rankings for the year, the competition is fierce, but these women are also looking forward to seeing South Africa for the first time.

“I think this will be the best way to end my racing season, plus it’s a dream to escape from winter for the last UTWT race of the year,” Canepa says.

Kelly Wolf says: “South Africa has long been on my dream list of places to explore and I cannot think of a better way to experience Cape Town than running a 100 kilometre loop around the city, the trails, and the iconic Table Mountain!”

Swedish Mimmi Kotka says that UTCT is on her bucket list: “I run races to experience new places and Cape Town seems so beautiful. The race organisation seems awesome too, which makes it even more welcoming.”

Mimmi came first at this year’s Mont Blanc 90km, as well as at the Maxirace Ultra and Madeira Island Ultra-trail. She won both the UTMB CCC and UTMB TDS in 2016 and 2017 respectively, breaking the women’s TDS course record by 46 minutes in 2017.

Experienced French ultra runner Nathalie Mauclair is a previous UTMB winner (2015) and 2017 saw her come third at the  2017 Hardrock 100 Miler and second in Le Marathon Des Sables. Although the longer distances is where her strength lies, Mauclair is a solid candidate to take the top spot.

South African Kerry-Ann Marshal is another athlete with the advantage of being local to Cape Town and regularly training on Table Mountain. She won the UTCT 100km in 2015, but then a bad knee injury in 2016 required surgery and a nine month break from running. She extended her time off from competitive running after the birth of her daughter 11 months ago, and is now ready to take on the world’s top ultra trail runners.

“The route covers everything you can imagine from technical climbs, steep descents, beach, forests, stairs and fast running sections. I’m so grateful to be able to attempt this again and am already visualizing running over the line with my little girl.”

Perrine Tramoni from Réunion Island came first at the 2017 Salomon Maxi Race and 5th at the 2017 Grand Raid Réunion. Reunion Island is known for its volcanoes and steep, wild terrain. Considering UTCT’s 4300m elevation gain with considerable climbs like Platteklip, Suther Peak and Blockhouse, Tramoni may be at an advantage on race day.

Stephanie Howe Violett finished 6th at this year’s Western States. Having won the 2014 edition of Western States, she is another experienced athlete to watch.

With strong local talent and a wide range of international elites, Ultra-Trail Cape Town is ready to entrench itself as one of the top ultra trail running events in the world.