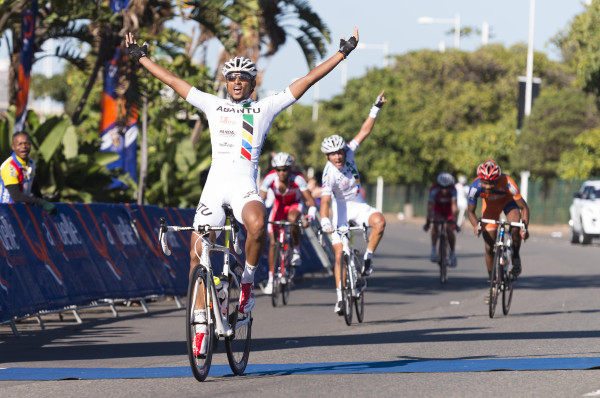 “This will probably make it the best aQuellé Tour Durban field we have had for long time,” said Dean Edwards, a former winner of the race and now manager of Team Abantu that extended its grip on the race title last year when Reynard Butler took the title. – Anthony Grote/
Gameplan Media

Durban – The aQuellé Tour Durban presented by Sunday Tribune will kick-start a heady eight days of top class road cycling action in KwaZulu-Natal that will include three UCI points earning events sure to attract many elite stars to the region.

While the classic status of the aQuellé Tour Durban itself always attracts a high quality field of professional teams, Cycling South Africa has arranged a further three top level road races during the week after the Tour Durban, offering elite racers a gilt-edged chance to race hard and target Olympic qualification points as all three of the races are ranked as UCI 1.2 category events.

It has been guaranteed that prize money stands at R90 000 per race for the elite men paying down to 20th position, and also offers vital points counting towards qualification for the Rio Olympic Games next year.

That Friday, on the May Day holiday on May the 1st another new event offers riders the 205km Maritzburg Margate Mayday Classic, with the Sunday May the 3rd hosting the Hibiscus Coast Cycle Challenge over 120km for women and 160km for men.

Competitive road racers are licking their lips at the prospect of the influx of elite road racers for the four events in eight days, with a significant interest already being shown by international teams, particularly from The Netherlands.

“This will probably make it the best aQuellé Tour Durban field we have had for long time,” said Dean Edwards, a former winner of the race and now manager of Durban based Team Abantu. 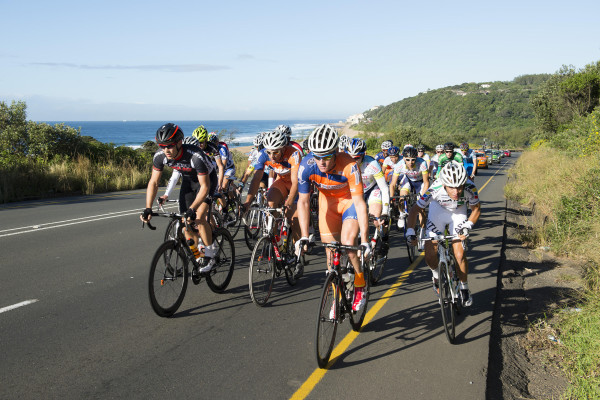 “The pros are always looking for more racing,” he added. “So the combination of the top class fields, the prize money, the UCI points and then four races in eight days will definitely appeal to the top teams.”

“We often see one or two of the teams opting not to race in Durban as they chase points or prize money elsewhere, but this year things will be different.”

Cycling South Africa’s General Manager Mike Bradley confirmed that the new trio of road races, under the umbrella name of the KZN Autumn Series, intended to fill the gap left by the cancellation of the Mzansi Tour.

The evolution of the cycling calendar in the region is part of the KwaZulu-Natal Department of Sport and Recreation’s vision to cement the province as a premier sport destination and a respected host of world class cycling event, having hosted the MTB Marathon World Champions, MTB World Champs and the BMX World Champs in the past five years.

“It’s important not only for elite riders in this country and for KwaZulu-Natal in particular, but also for the development of road cycling,” said Bradley.

“We have just hosted the African Track and Road Championships and these race cement the regions status as a bicycling mecca, and Pietermaritzburg’s position as Africa’s Bike City,” he added.