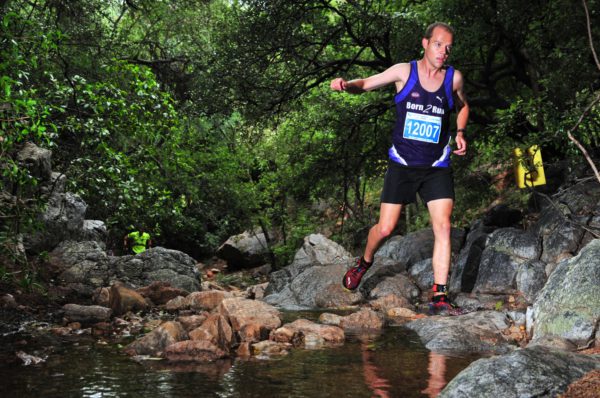 According to Badenhorst, the 12km XTERRA Trail Run route was challenging. “I come from a road running background. I entered the XTERRA Trail Run for the variation. I love being out in nature and will definitely be back next year.” Johnny Young came in second, while Herman Muhder rounded off the podium on the day.

“Today was very nice,” says Scheffer. “The water points were perfectly placed. The weather was nice and cool. My goal for today was to enjoy the race. This is definitely an event that I’d like to do every year. My next event will be the Cell C AfricanX Trailrun in the Western Cape. I’ll be teaming up with Carla Van Huyssteen.” Adel Terblanche came in second, while Lilandi Swanepoel finished third.

Zandre Du Plessis’ finishing time of 26 minutes 22 seconds secured him the top spot on the podium in the men’s 6km XTERRA Trail Run. “I am really happy with my time,” says Du Plessis. “A friend of mine entered the XTERRA triathlon. So I came along to do the trail run.   It was a very nice event. The routes are beautiful.” Liam Theunissen came in second, while Divan Scholtz finished third.

Lizzy Dlhiwayo was the runner to beat in the women’s 6km XTERRA Trail Run crossing the finish line in 28 minutes 58 seconds. According to Dlhiwayo, she is training for Cross Country races. “The route was really nice. I am very happy with my performance.” Mia Jooste came in second, while Stefanie Ash finished third.

Next up on the South African XTERRA Trail Run calendar: