BCX continue to call the shots at Zuurberg 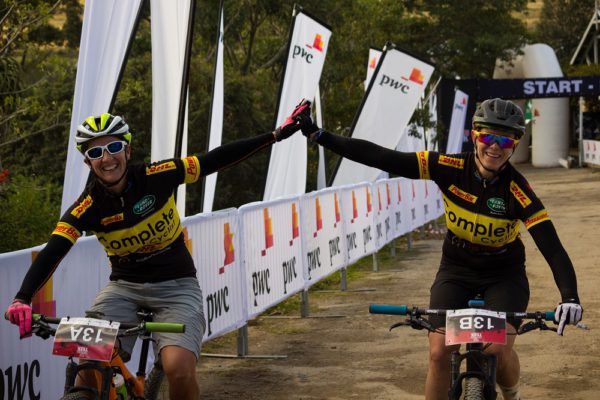 Starting and finishing at the Zuurberg Mountain Village near the Addo Elephant National Park, the riders were faced with the 78km queen stage and the BCX pair remained in control after another hard day’s racing.

Woolcock and Kruger, who won the Winelands Encounter last month, broke away in the latter stages to cross the line in 3:16:14 for a general classification time of 5:56:21.

Although there was a bit of wind, Kruger said it did not affect them much and that the sunny conditions and temperature were perfect for racing.

“There was quite a big group of about six teams to the first waterpoint and from there Waylon and I tried to put on a bit of pressure,” said the 26-year-old from Paarl in the Western Cape.

“We saw there was quite a bit of climbing early in the stage so we wanted to test the opposition, but we also knew we had to save some legs for later on where it would count.”

Team BCX managed to open up a lead, but Kruger said Heyns and Du Toit were able to close the gap on the rise to the second waterpoint, about 20km into the stage.

Hill and Joubert, who were dangling behind at about 30 seconds, also reintegrated the front group and from there it was status quo until the 50km mark.

At that stage, Kruger said quite a rough, unmanicured climb faced them on the historical section past Ann’s Villa.

“We enjoy that sort of challenge and decided to try to make up as much time as possible, so Waylon went quite hard at the front. He got a gap and I was on his wheel and we tried to ride as fast as we could up the hill.”

They led the way on the technical descent towards the final waterpoint after which Kruger, who won the Paarl MTB Classic last weekend, suffered a brief hiccup when he took a tumble at a sharp turn.

“There was a corner we didn’t quite pick up with a huge drop on the right and I hit the ground. However, no damage was done and I quickly dusted myself off and we were able to remain focused on getting to the finish.”

Following such a hard day in the saddle, Kruger said everyone would be feeling a bit tired, but they would be ready for the final challenge tomorrow.

“Having that buffer is a big mental boost and the fact that we were able to ride away from the guys in the last 30km was also good for us.

“The racing instinct will kick in and you will forget about any pain from the day before. We will be focused on achieving the goal of the stage and overall victory.”

Heyns and Du Toit both praised the strength of the leading pair on the climbs.

“It was a good day of racing on a very nice route,” said Heyns. “We managed to hang on until the last climb when Waylon and HB were just too strong and were able to get away.”

Dryland-Ultimate Cycling’s Neill Ungerer and Yolande de Villiers stayed on top in the mixed category after finishing in 3:52:38 for an overall time of 6:55:04.

In the women’s section, GZT-Pedigree’s Siska van der Bijl and Annie Davids took line honours in 3:45:44 to lead the overall standings on 8:40:26.