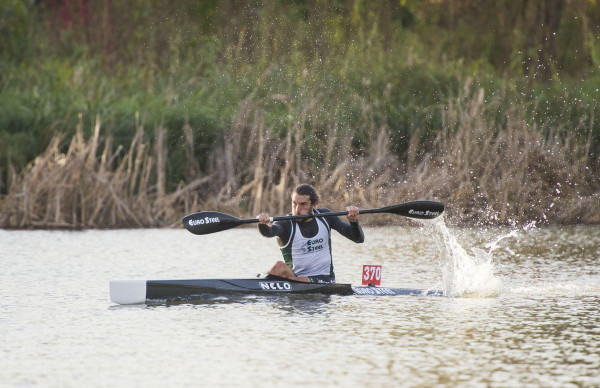 Birkett delivered a deadly end sprint that saw him come off the wave of McGregor and cross the line to a popular victory over the defending champion, who was always going to be suffering the effects of his return from the Molokai Challenge in Hawaii.

A thrilled Birkett, who missed out on selection for the national senior K1 team at last year’s ferociously contested national trials and SA Champs, has been working at earning a place in the national team to the World Champs in Gyor, Hungary in September.

The trio had spent much of their 30km race at the new marathon course at Camps Drift settled into a conservative paced bunch once they had separated themselves from the rest of the senior men.

Even going into the last portage no decisive move came and it was clear that each of the three leaders were banking on the end sprint. Birkett came into the final charge for the line in a slightly weaker position, in shallower water close to the bank of the Msundusi River.

He timed his sprint to perfection and came off McGregor’s wave to surge across the line first ahead of the five times world champion, with Mocké well beaten in the intense race for the line. 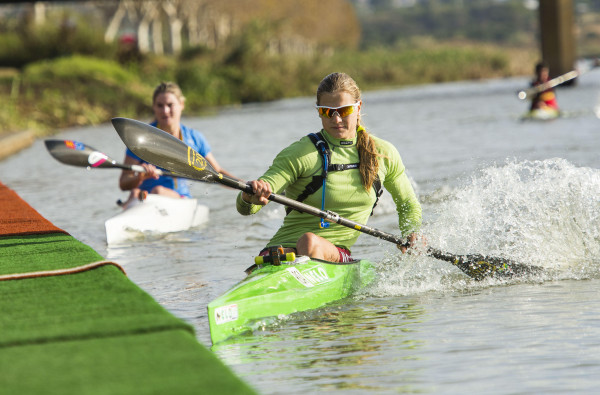 Hartley was peerless in the senior women’s race with only Nikki Russell capable of staying with her. When she fell off on a portage halfway through the race Hartley had to be content to finish the race alone at the front.

“I was really afraid of the distance as I have not done more than 14 kilometres during the past month as I have been committed to my sprint programme,” said Hartley.

Hartley will now have to wait-and-see as her uncertain programme of sprint commitments around Olympic qualification and the test event in Rio de Janeiro clashes with the timing of the world marathon championships. “At this stage I have asked the national selectors to treat me as a reserve for the national team, until I know what is happening.” said Hartley.

Earlier in the day former junior world champion Brandon van der Walt romped to victory in the men’s Under 23 race, with Bryan le Roux second and Ivan Kruger third in a sprint finish that mirrored the end of the senior men’s race.

Oklahoma 2014 medallist Jenna Ward thrashed the rest of the women’s Under 23 field as she continued her preparations for a bid at another world champs medal in fine style.

The SA Marathon championships, which serves as a dress rehearsal for the 2016 World Cup and the 2017 World Champs at the same venue, wraps up with a full day of K2 racing on Sunday.