Birkett out to shake off Ozzie Gladwin bridesmaid tag 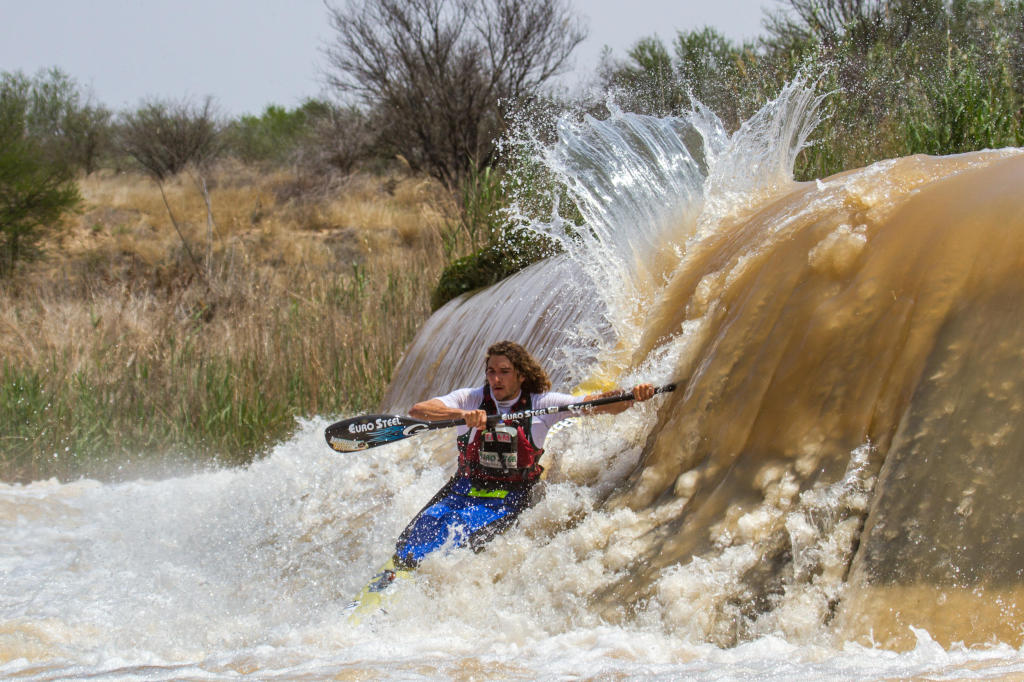 The former Under 23 World Champion regularly uses the 26km race, with its distinctive one kilometer long portage around the Albert Falls dam wall, as the kickstart to his Dusi campaign.

“It’s a great wake up call,” says Birkett. “It is an awesome race that I always do. Somehow over the last few years I have just come out on the wrong side of the final result.”

Last year he and his Team Eurosteel partner Sbonelo Khwela were  shaded by Hank McGregor and Jasper Mocké, with Len Jenkins dropping Birkett in the end sprint the year before that.

Birkett is also not phased by the fact that he will be coming back after a well earned three week rest following a hectic year of racing that culminated in the World Marathon Championships and the Hansa Fish River Canoe Marathon.

“The truth is I have done three runs and no paddles since the Fish,” he admitted. “But I am looking forward to a tough race. I love a scrap and I fully expect guys like Sbonelo (Khwela) and Hank (McGregor) to make it difficult for me.”

Since scooping his K1 title in the Under 23 race at the World Championships in Copenhagen, Birkett has gone on to win the N3TC Drak Challenge SA K1 crown, before adding a third Dusi K2 title to his CV with Sbonelo Khwela and then stunning the Western Cape paddling fraternity with a hard-earned maiden victory in the Berg River Canoe Marathon.

Birkett partnered Eastern Cape star Greg Louw in the senior K2 race at the World Marathon Championships, shortly after their impressive third place at the Sella Descent in Spain.

At the Hansa Fish he showed his impressive form by charging into the lead on the final stage into Cradock, before eventually succumbing to world champion Hank McGregor in the sprint to the line.

Birkett has developed a strategy of keeping his cards fairly close to his chest in the build-up to the Dusi Canoe Marathon in mid-February, and often heads into remote areas for his serious pre-Dusi conditioning.

This year he plans to stick to his tried and trusted routine and after the Ozzie Gladwin will head to Plettenberg Bay for a training camp and will spend a chunk of time in Underberg before the Drak Challenge in January.

Birkett will be sure to leave it all out on the water at the Ozzie Gladwin, which is organised by his club NCC, and will be eager to step onto the top step of the podium at the finish at Thornvale Farm on Sunday afternoon.

“I am naturally competitive and I race to win every race when the gun goes off,” he said. “I must admit that I am just a little tired of second place in the Ozzie Gladwin, so you can be sure that I will be giving it my all.”

While he will be wary of multiple world champion Hank McGregor, he also red-flags his winning Dusi K2 partner Sbonelo Khwela as a real threat.

“His paddling has improved so much in the past year that he will be one to watch this summer,” said Birkett.

The 2014 Ozzie Gladwin takes place from Albert Falls Dam to Thornvale Farm on Sunday 9 November. More info can be found at www.ozziegladwin.co.za