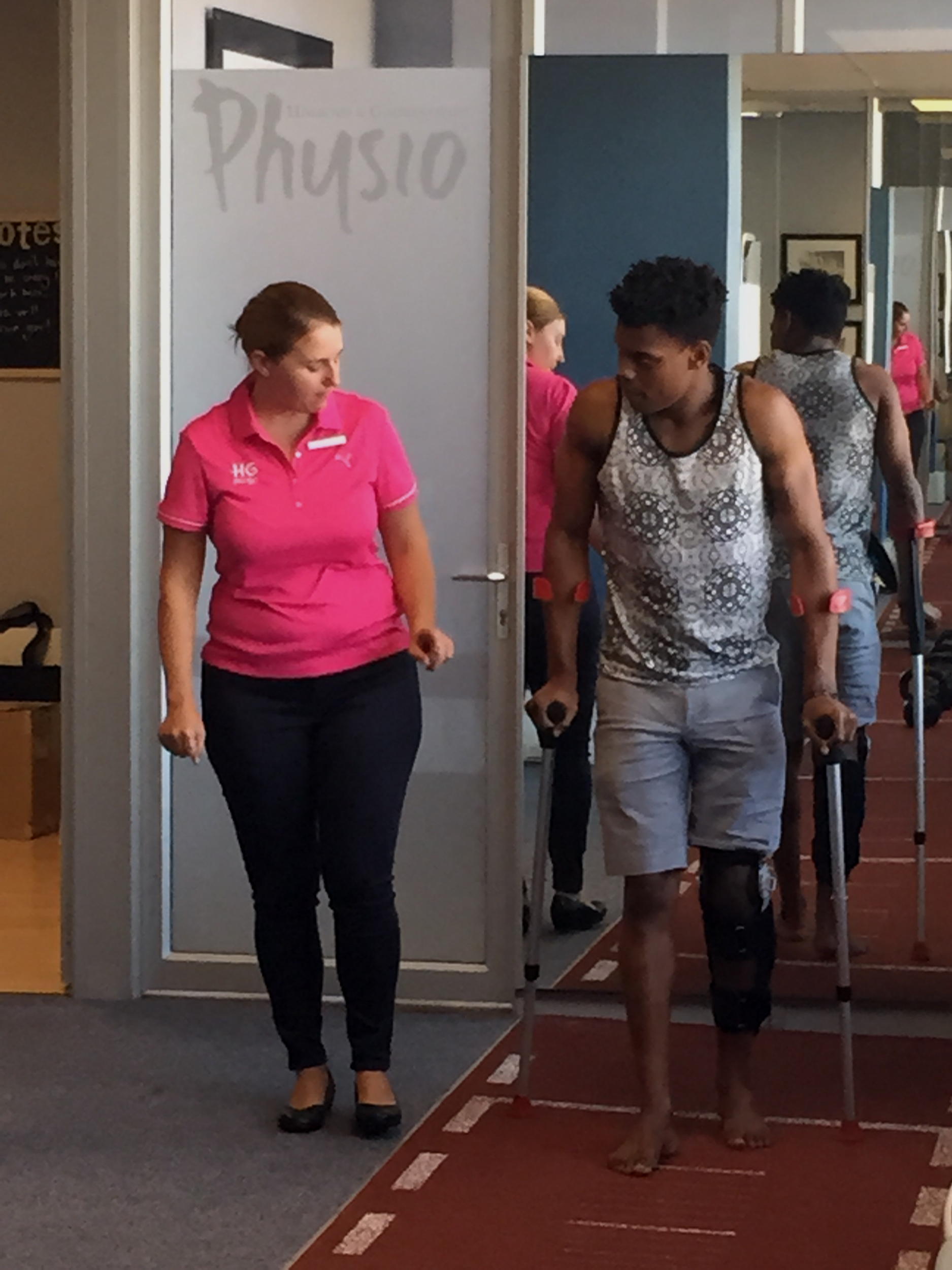 It has been a long road to recovery for Commonwealth Games gymnast Siphesihle Biyase following a serious knee injury after he was involved in a car accident in April on his way to South African trials in Gauteng. Supplied/Gameplan Media

Durban – Commonwealth Games gymnast Siphesihle Biyase is fighting his way back to full fitness thanks to the support of the KwaZulu-Natal Department of Sport and Recreation backed Elite Athlete Development Programme (EADP) and Prime Human Performance Institute after a horror car crash on the N3 to Johannesburg on 8 April 2015 involving part of the KwaZulu-Natal Gymnastics team that was travelling to the National Championships left the young gymnast seriously injured.

The 24 year-old Pinetown gymnast was part of the small South African gymnastics contingent that went to the Commonwealth Games in Glasgow, Scotland in 2014, a highlight of Biyase’s young career.

“Going to and competing at the Commonwealth Games was the greatest feeling ever!” an ecstatic Biyase mentioned. “It was the most incredible experience ever competing against some of the best gymnasts in the world!”

“I felt like I came back from the event having achieved what I wanted to achieve after I had set myself some realistic goals and I was really pumped to continue improving when I returned home,” he explained.

April’s shocking accident rocked the country’s gymnastics community after the incident not only saw Biyase and Michael Robbertze being injured but tragically also took the life of fellow gymnastic talent Lindokuhle Sithole.

The crash left Biyase seriously injured and the process of getting himself back to training has been a tough one.

Due to the support and guidance of Prime and the EADP, the youngster is however still positive and hopeful for the future.

“It has taken me some time to start getting myself going again following the accident but with my reworked goals I have something to work towards again and the South African team for the African Championships next year is my new goal.

“I have missed out on Olympic qualifiers, which is disappointing, but I am feeling a lot more positive now that I have something to work towards even though African Champs are still a long way off,” he added.

Biyase is grateful for the support he has received from the EADP and Prime throughout his rehabilitation process.

“The doctor said that I am still around six months away from full training after I tore my PCL (Posterior Cruciate Ligament) as well as damaged my MCL (Medial Collateral Ligament), so I have a lot of rehab work to do.

“Being supported by Prime and the EADP has been great for me on a number of levels as not only have they have been hugely supportive during my rehab but they have helped me recover properly from past injuries as well.”

Biyase has been able to lean on Prime’s team of experts for help beyond the injuries sustained in the crash with the facilities’ professionals having helped him return to where he was before the crash mentally as well.

“The biokineticists and physiotherapists at Prime have been really great in helping me overcome injuries that I didn’t really know that I had and that were there even before the accident.

“It has been really beneficial for me to have these people helping me through everything and I’m really thankful to them for all of the help that they have given me thus far!” he said.

An injury like the one sustained by Biyase could have set him back significantly however the young star has already been back to the Pinetown Gym at Lahee Park, helping out there to try and keep himself busy and remain actively involved in gymnastics.

“Getting back into the gym to help out has really helped me as well because I wanted to avoid being caught in a rut where I wasn’t doing anything.

“It has been a good distraction for me and it is much better than sitting at home on the couch!” he added positively.

More information can be found at www.primehp.co.za