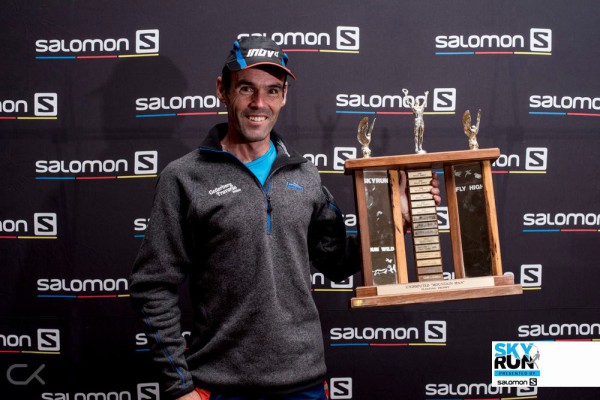 Bruce Arnett won the 2015 Skyrun presented by Salomon over 106 kilometres from Lady Grey to Wartrail Country Club in a time of 13h56m. It was the trail veteran’s 17th Skyrun and his 13th victory. All credits: Kolesky/Nikon/Lexar

Bruce Arnett won the 2015 Skyrun presented by Salomon over 106 kilometres from Lady Grey to Wartrail Country Club in a time of 13h56m. “I’m happy I can still win after all these years,” commented the veteran of 17 Skyruns after the event. “I was the oldest of the elite runners out there, so I’m well chuffed to be the first one in,” he said. Christiaan Greyling, AJ Calitz and Pedro Caldereu DeLa Barca finished joint second in a time of 14h57m .

“There was a lot of mist initially,” explained Arnett. “I didn’t switch on the GPS because I love navigating by my visual references but because of the weather made a few silly little mistakes, so I decided to just stick with the group.” Jock Green forged an early lead but was caught by Arnett and Bennie Roux who were running together. “Jock made another mini break on his own and we caught him just before Balloch cave,” said Arnett. “From there it was kind of every man for himself.” Arnett made his break up the infamous Balloch Wall which signifies the halfway point in the race, and that’s how it stayed until the finish at Wartrail Country Club, but that didn’t make it easy. 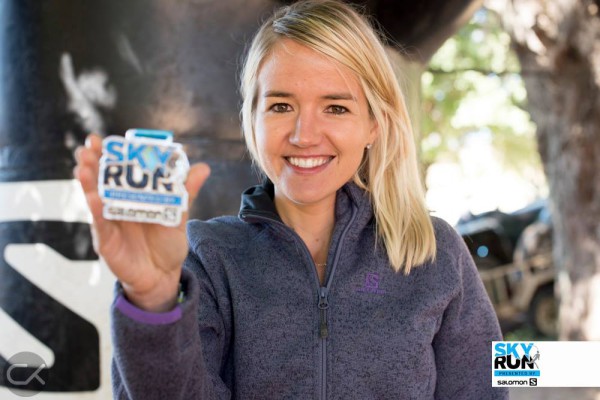 “It’s a real, real test. It’s unrelenting and unforgiving and people might compare it to other 100-kilometre races and you can’t really. This is just on another level,” Arnett said.

Green and Roux were eventually passed by the trio of Greyling, Calitz and Caldereu DeLa Barca. “We ran together in a racing mindset until about 85-kilometres,” explained Greyling afterward. “At that point we realised there was no way we were going to drop each other, so we made the decision to finish together…where competitors become friends.” he said. 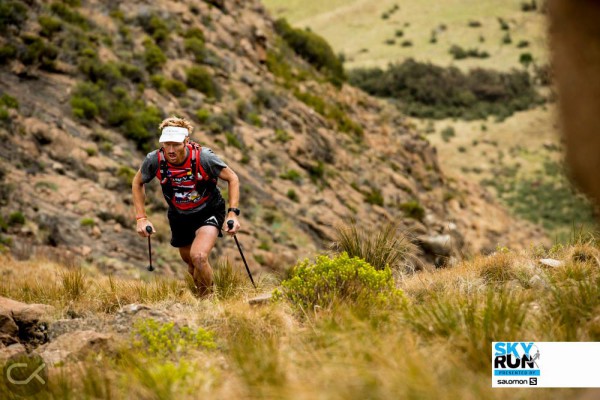 “At that point we knew Bruce was too far ahead, so we were gunning for a joint-second,” he said.

Landie Greyling dominated the women’s field to win her third Skyrun title in a time of 18h05m. She finished 10th overall. “I’m so grateful to be finished. I had a very different Skyrun to my previous two,” commented a visibly exhausted Greyling afterward. “I’m very happy with the win, but just very relieved to be finished, to be honest… Eventually I stopped thinking about the race and was just in survival mode out there, but that is skyrun for you it throws all the elements and that is why this race is so unique,” she said.

“You just can’t compare it to other runs, people actually have to come here to experience it to really understand that. I’m sure if you ask the newbies that’s what they’ll tell you,” said Greyling. 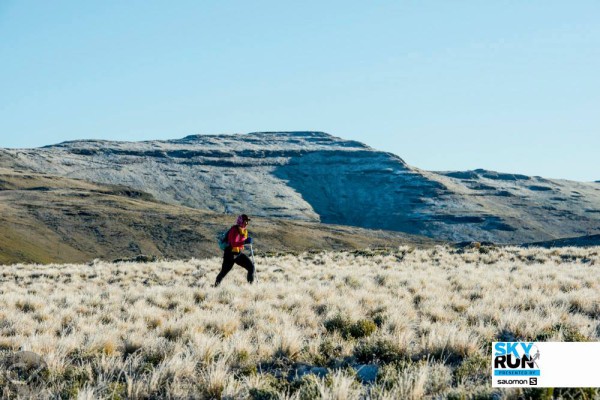 “Every year I tell myself that it’s the end of the year and I’ve done a lot of racing and that I won’t do skyrun, but there is just something that keeps pulling me back,” she said. “I think it is the remoteness and just the views you get from the top of the mountains. I will be back next year.”

What the front runners and the black markers experience in terms of weather is always vastly different, for the simple reason that they are exposed to the elements for that much longer. For the second year in a row the front runners had conditions ideal for running, that despite heavy rainfalls in the days leading up to the event. The back markers however had to contend with minus temperatures and light snowfalls as well as strong winds. The sweep group eventually came in, in a time of 30 hours.

Skyrun Lite, was won by Nico Schoeman once again for the second year running. Schoeman completed the 65-kilometre route in 08h52mm, bettering his 2014 time by more than an hour.