Butler eager to play his part at Emperors 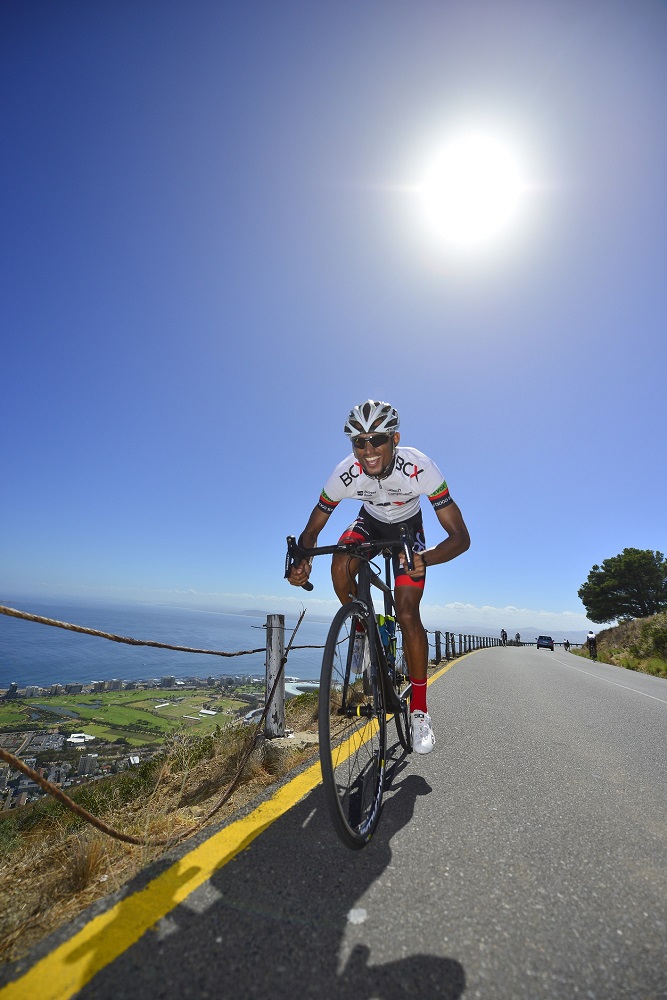 BCX’s Reynard Butler will play a supporting a role in the Emperors Palace Classic on Sunday after having just recovered from a broken rib suffered in the Cape Town Cycle Tour. Photo: Zoon Cronje

Despite being hampered by a broken rib, BCX’s sprinter Reynard Butler is still motivated to play an influential role when the Emperors Palace Classic road race takes place in Johannesburg on Sunday.

The 28-year-old, who hails from East London but now lives in Honeydew in Johannesburg, suffered the injury when he came off his bike in the starting chute at the ill-fated Cape Town Cycle Tour last month.

The Western Cape race was cancelled soon after the start due to heavy winds, but not before it set Butler back with an injury from which he has only recently recovered.

However, he is still geared up for the 98km feature race on Sunday in an event he described as one of the “most prestigious” on the South African racing calendar.

“It has a long tradition and many top riders have featured on the winner’s podium so we will be going all out for the top spot this weekend,” said Butler.

“It is a race we all look forward to and many of the riders will be gunning for the title after missing out on the Cape Town Cycle Tour.

“I am over the pain from the broken rib but have only been on the bike for about two weeks so am not quite at 100 per cent fitness.”

The BCX rider said he was ready to take part but would most likely play a supporting role to teammates such as Nolan Hoffman, Calvin Beneke and David Maree.

“The team did well at the recent SA track champs and they still have quick legs so the aim will be to get them in the right situation.”

Having won the third stage of the Mpumalanga Cycle Tour in January, Butler said he had had a frustrating year with a number of setbacks keeping him from riding to his potential.

“There have been a variety of things which have just made it a difficult year so far, like getting a puncture at the wrong time and now this rib injury from the Cape Town Cycle Tour,” he said.

“So from that point of view my major goals going forward are to regain full fitness and then try to ensure that things run smoothly from there onwards.”

Butler said he was now looking at events such as the Bestmed Jock Tour, the Amashova and 947 Cycle Challenge in the second half of the season with the hope of making an impact.

Sunday’s feature race, which is preceded by a 48km road race, will round off the weekend’s activities at the Kempton Park casino. Other events include 25km and 50km mountain bike races on Saturday.