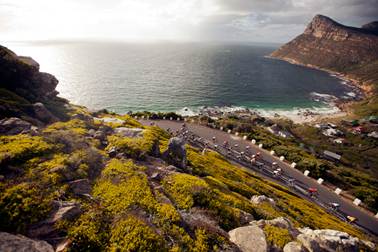 General entries for the 2015 Cape Town Cycle Tour have closed in record time – in just under eight hours.

Entries opened at 14h00 on Friday, 26 September and by 22h00 all general entries had been filled.

The Cycle Tour – in recognition of its global status and international appeal – was recently renamed to the Cape Town Cycle Tour and attracts cyclists from around the world to participate in this iconic event each year.

David Bellairs, a director of the Cape Town Cycle Tour Trust who organise the annual event, says: “We are delighted that the newly renamed Cape Town Cycle Tour is still as popular as it has been over the past 37 years, even though we are completely taken aback by the speed at which entries have sold out.

“We understand that there is still a great demand for entries and we will investigate the possibility of freeing up some Corporate Group Entries to try and accommodate individuals that were unsuccessful. An announcement in this regard will be made by the end of October,” concludes Bellairs.

In 2012, charity entries were introduced for the first time with some 5 000 entries offered to various charity groups.  At current count there are more than 110 charities registered to benefit from the 2015 Cycle Tour.  Cyclists still looking to secure a place in next year’s event should visit www.cycletour.co.za and follow the links to charity group entries from the home page.

The Cape Town Cycle Tour will take place on Sunday, 8 March 2015 as approximately 35 000 riders line up in Hertzog Boulevard to tackle the spectacular 109km route around the peninsula.