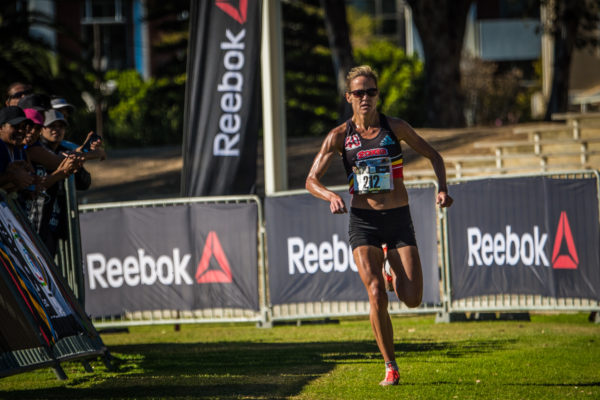 The second annual Cell C Day Of Races powered by Reebok took the Greenpoint A Track by storm on Sunday, 23 April 2017.

Whether a runner, a walker, a fitness enthusiasts or a fun seeker, the Cell C Day Of Races grants entrants the unique opportunity to “choose their fit” by selecting the start wave that suits them best.

The action kicked off with the “Pretty Fast” wave. Making her Cell C Day Of Races debut, Sharon Sunderland of Big Bay set the pace crossing the finish line first in a deserving time of 21 minutes 04 seconds. “My coach suggested that I enter the race as it would be a great time trial,” says a very happy Sunderland. “I was hoping for a sub 20 finish, but the windy weather conditions didn’t allow it. The route was absolutely beautiful. The marshals were organised and the guys leading the race on their bicycles were so supportive. The event is brilliant. I’ll definitely come back next year.” Vivienne Williams was the second runner to cross the finish line, with Nadinja Schonewille rounding off the podium.

The second wave of the day, the “Sole Mates” wave attracted the attention of father and son duo Greg and Luke Hoets. According to Greg, the Cell C Day Of Races was perfect preparation for the Comrades Marathon. “The idea was to go slightly fast, but not race,” says Greg. “Luke felt strong today though, so we decided to push it. He actually ran a personal best time. The route was wonderful. I loved that we could choose our own start waves and even better we were able to watch the elites in action afterwards.”

Vlasta Pitro of Table View was the runner to beat in the “Sole Mates” wave smashing the 5km route in a time of 19 minutes 26 seconds. Zukile Sonkwala came in second, with Luke and Greg Hoets finishing third and fourth respectively.

The much anticipated “Elite Race” was the source of much excitement, with Mcmarshal Hartzenberg of Eersteriver and Tanith Maxwell of Rondebosch outclassing their peers in the men’s and women’s race respectively.

According to Hartzenberg, he didn’t expect to win on the day. “I ran a 10km race on Saturday, so I was only hoping to finish in the top ten today. The race started fast. There were a lot of good UWC runners taking part. I took it easy and remained patient for the first and second lap. I managed to catch Merlin on the last lap. It was only then that I realized that I could win. I knew that Duwayne, who was in second place, would beat me on a sprint, so I had to break away and finish fast. Winning today was such a good feeling.”

In the women’s race, Maxwell’s goal was to have fun. “The Cell C Day Of Races is great as it incorporates everyone from first time runners to elite runners,” says Maxwell. “Everyone was out having a good time. I finished third in 2016, so finishing first today was really special.” Maxwell’s top spot on the podium was secured in 17 minutes 45 seconds. Jessica Pollock came in second, while Chrisna Van Den Heever finished third.

After the elite race it was time to watch the stars of the future in action in the “Young, Fast and Free: U18” wave. Daniel Arendse of Kraaifontein was the young speedster to beat, crossing the finish line in 16 minutes 17 seconds. “This was the first time that I took part in the Cell C Day Of Races,” says Arendse. “My team mate took part in 2016, so I decided to join him this year. The event was very nice and very easy. My distance of choice is 5km. I love running because it builds character. I wanted to win today.” Bruzano Britz came in second, while Zainul-Abideen finished third.

Amina Hattas’ finishing time of 22 minutes 26 seconds secured her the top spot on the podium in the women’s “Young, Fast and Free: U18” race. Ntomboxolo Mensah came in second, while Rebecca Nolan finished third.

The fifth and final wave of the day, the “Anything Goes: Open” wave closed off the action of the 2017 Cell C Day Of Races powered by Reebok in Cape Town. Eugene Poss obliterated the field in the men’s race crossing the finish line first in 16 minutes 51 seconds. “My coach said that the Cell C Day Of Races would be good training for me,” says Poss. “The route was very nice. I went out fast from the start to the finish. Winning today was a proud moment for me.” AJ Spieringshoek came in second, while Malose Mothokoa finished third.

NEXT UP: The Cell C Day Of Races heads to Johannesburg