Change a Lifers mix it up with Hill2Hill’s best 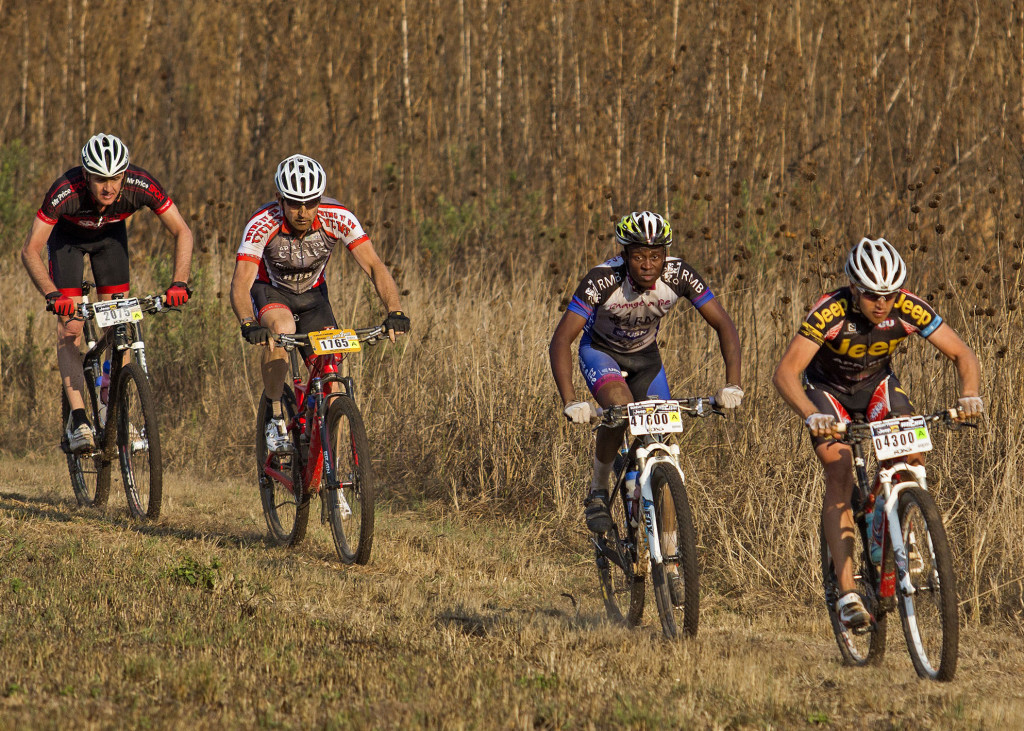 Endurance, heat and dust were just some of the elements Sipho Khupiso and his RMB Change a Life MTB Academy teammates had to overcome during the recent Sunday Tribune Jeep Hill2Hill MTB ultra-marathon. – Jon Ivins/
joninvins.com

Durban – While James Reid and Candice Neethling earned themselves the 2014 Sunday Tribune Jeep Hill2Hill men’s and women’s titles respectively, Martin Dreyer’s RMB Change a Life Academy’s mountain bike squad clinched their piece of the limelight in Sunday’s gruelling 105km journey from Hilton to Hillcrest when they claimed five of the top twenty-one positions.

Sithembiso Masango was a shining light for the Valley of a Thousand Hills outfit as he romped home in a sublime seventh position, less than thirteen minutes behind Trek South Africa’s Reid’s winning time of 3:38.48 and in the company of the likes of TIB Insurance’s Andrew Hill, Team Jeep’s Matthew Beers, Cannondale Blend’s Darren Lill, Quattro’s Tyron Bird and Team Jeep’s Derrin Smith.

“I’m just so proud of not only Sithembiso but the whole squad! What the guys managed to achieve out there at Hill2Hill was incredible!” said academy founder Martin Dreyer.

“We targeted this one as the one race this season that we really wanted to try and make an impact at because it’s tough, long and super popular where so many things can go wrong. If you manage to get a top 20 it means a lot and you can be very proud of your achievement.

“A lot comes into play in a 105km ultra-marathon like Hill2Hill, you really have to be able to pace yourself well and get your race nutrition spot on. The top guys have all been around the block which, together with the heat on the day, meant there was just no room for error!

“So to have six riders in the top twenty-six at KZN’s toughest race is just amazing for us and to see the guys progressing so well really is motivating for the riders!” he added.

After a string of good results recently, academy MTB team captain John Ntuli claimed yet another high profile race top 20 finish when he crossed the line in 16th position.

His young charges however appear to be relishing almost too well under his mentorship though as the likes of Mboneni Ngcobo (12th) and Ndumiso Dontso (15th) joined Masango in the post-race festivities ahead of Ntuli.

“In his defense, John (Ntuli) suffered a mechanical halfway through the race which saw him struggle on the descents, but – as the RMB Change a Life Zulus know – there isn’t a comments column on the result sheets. 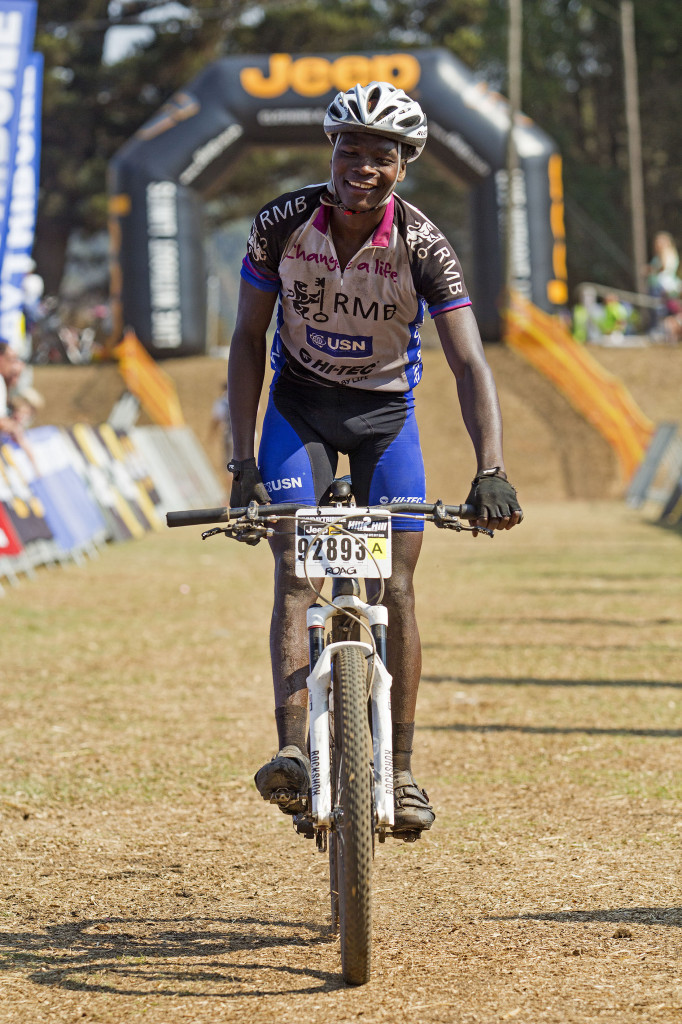 “He really gives the guys a good working over in training though, so if the others get a chance to get one over him they grab it with both hands. There’s no holding back!” chuckled Dreyer.

“John is such a great competitor though and really leads by example both on and off the bike so the rest of the guys have a great role model to learn from and the effects of this are really starting to show!”

Bongumusa Zikhali rounded out the academy’s top 21 quintet while Mazwi Smimango and Sipho Khupiso also finished inside the top 40 in what is regarded by most as KZN’s premier ultra-marathon.

“Our pre-planning was more meticulous than usual. We scouted the first 10 kilometers of the route the day before, discussed pacing and hydration, the guys had all the water bottles filled, marked and ready the night before, we kept them well-nourished throughout the race and I think that was a telling factor in the results we achieved.

“Watching my guys charging across the finish line at the front end of this tough 105km event was something quite special, even the race announcer was getting excited with regular comments of “And here comes another RMB CAL Zulu to finish in the top 20!” said a deservedly pleased Dreyer.

Dreyer’s charges weren’t the only ones to have the paddling and adventure racing legend’s praise heaped on them on the day.

“Hats off to the Hill2Hill organisers too,” said Dreyer. “They gave us such great support and run such a great operation.

“It’s such a hard ride and yet they attract over 900 riders to the ultra-marathon which just goes to show that the cyclists love it. It’s definitely one you have to tick off the list at some point!” he added.