Charity Begins On The Trail 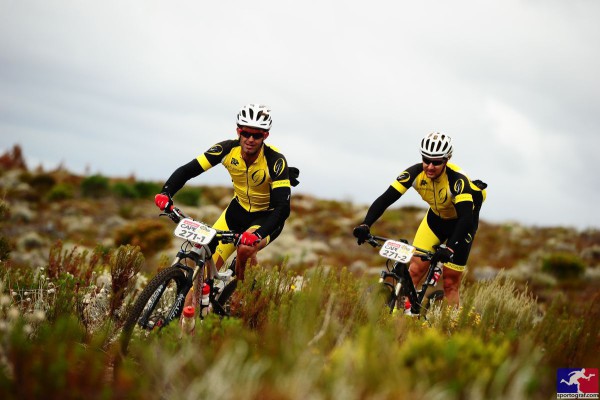 The Absa Cape Epic has added a new member to its charity family – the J9 Foundation.

The organisation seeks to raise awareness about Motor Neuron Disease (MND) and raise funds to support people with the neurological disorder. South Africa’s most famous MND sufferer is former Springbok great Joost van der Westhuizen, whose struggle to combat it has been widely documented.

The Absa Cape Epic has a formal charity engagement programme which is designed to leave a lasting legacy in the areas and communities visited by the race each year. Based on their partnership status, charities are given a platform to gain exposure, raise funds and run projects in the communities that the race visits.

The J9 Foundation this week became one of the Absa Cape Epic’s three Associate Charities, joining the Anna Foundation and the Cape Leopard Trust.

It applied to partner the Absa Cape Epic to: raise awareness through a major sporting event; raise funds to help beneficiaries; and to raise awareness among cyclists and the international community that takes part in and follows the event.

A J9 Foundation team took part in the Absa Cape Epic in both 2014 and 2015 and it intends to enter several more teams in 2016 to help raise awareness.

It also plans to bring Van der Westhuizen, who is actively helping promote the fight against MND, to the Absa Cape Epic Prologue and Grand Finale. It will also involve other former Springbok rugby players who support the foundation.

The foundation says its objective is to “educate the general public about Motor Neuron Disease and its devastating effects on both the patients and their families”.  It also seeks to “host unique and different fundraising events to raise funds for the foundation and to (raise) awareness”.

The Absa Cape Epic is proud to have a formal charity engagement program in place to ensure that, in addition to economic and tourism growth realised in the communities/areas visited by the race each year, the event and its partners are also able to leave a lasting legacy and enrich the lives of the people living within them.

Based on their respective level of partnership, charity partners are given an excellent platform for gaining exposure, raising funds and in certain instances they also run their projects within the communities the race visits each year.

To this end a two-tiered charity partner program aims to afford additional NPO’s and local initiatives an opportunity to benefit through an official association with an international, high profile event of this nature.