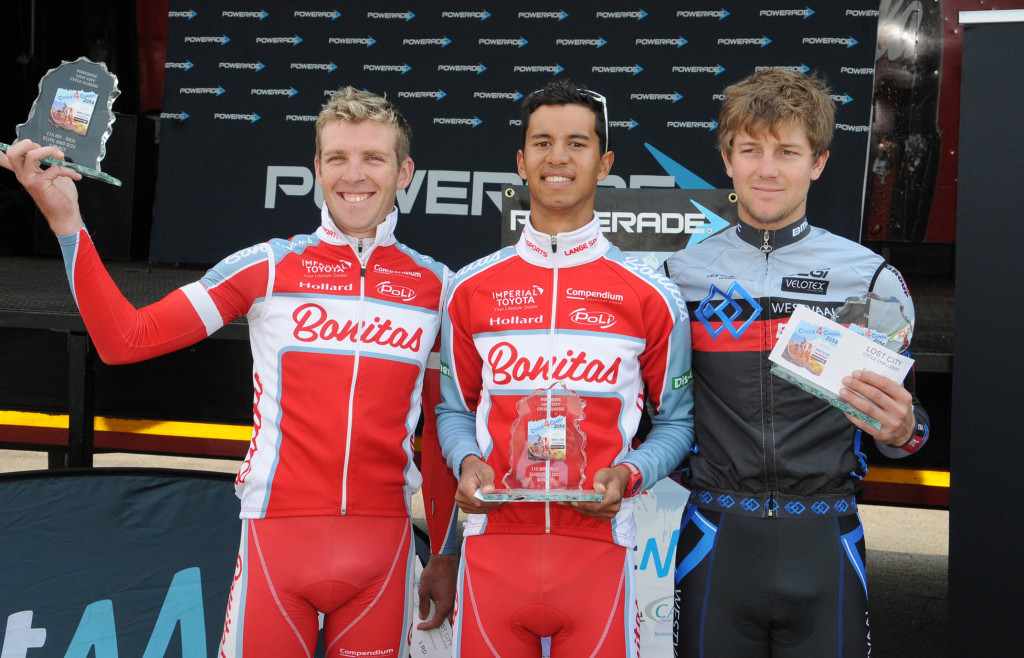 The Bonitas rider put the hammer down with 3km left to lay the foundation for his victory in the 115km feature event in 2:37:38.

Julius, who was making his race debut, outsprinted fastmen Tyler Day of Westvaal-BMC and teammate Herman Fouché, who had to settle for second and third respectively.

The 20-year-old, who recently returned from racing in wind-swept Belgium, said the breezy conditions in the first of the spring classics had suited him ideally.

“We had the wind blowing in the right direction going into the finish. Also, the last uphill drag was perfect for me.”

Julius said he knew that that would be his last chance to attack, as the fast and flattish course traditionally came down to a decisive bunch sprint.

“I just needed that last hill to make the difference and once I got the gap, it was perfect.”

Although he knew he had a good turn of speed from his early track racing days, Julius said he had surprised the opposition and even his own teammates by crossing the line first.

“I even shocked myself! I never thought I could finish a race like that.”

As a GC rider, the Ruimsig resident said his original assignment for the day had simply been to attack and follow the moves.

The major break of the day came when Day, Chris Jooste and Willie Smit went clear after 15km. They worked well together and were in the lead for 80km.

“Without my team, I don’t think I could have pulled off this win today because so many moves followed,” said Julius.

“In racing, as in life, you can’t do it alone – you need your people around you.”

The win kicks off the second half of what has been a successful first season with Bonitas for the young pro.

Julius started the year with a podium at The Herald VW Cycle Tour in Port Elizabeth and took the runner-up spot behind Dylan Girdlestone at the Grand Premi Odena in Spain in April.

Last week, he stormed to third overall in the Lowveld Tour and also claimed the king of the mountains jersey.

In the 50km mountain bike feature race on Sunday, Ian Pienaar claimed the laurels, while Anneke Hanekom triumphed in the women’s race.