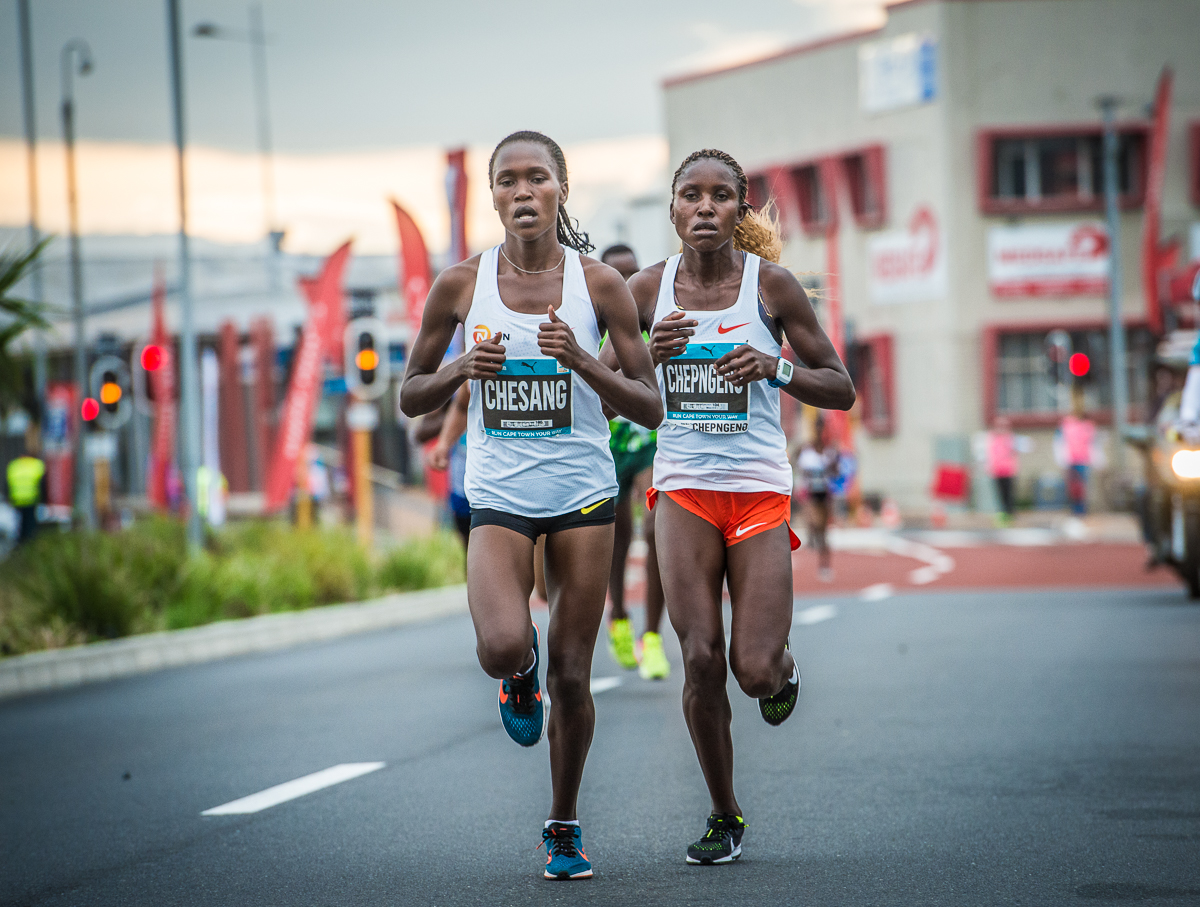 Chesang complained of fatigue when she ran the FNB Cape Town 12 ONERUN in May earlier this year, where she finished 3rd.  However, the 21-year-old is shaping up to impressive form as she prepares for Durban. On 02 September, Chesang took a massive 10 seconds off of her 10km PB when she clocked 31:44 in Tilburg (Netherlands), and with five weeks from that race to prepare, she feels confident for Durban.

“After the Commonwealth Games I was tired and in Cape Town I was not in the shape that I wanted to be in. Now, however, I am preparing hard for Durban and the 10km PB has me very excited. I know that Mercyline (Chelangat) knows the route and therefore has the advantage, but I am confident in my abilities.”

Chesang and Chelangat met in the 10 000m final at the Commonwealth Games in Brisbane where she won with Chelangat finishing 3rd.  They met again at the Africa Championships in Asaba in August where they finished 4th and 5threspectively (32:29.54 – 32:36.39). If Chesang beats Chelangat in Durban, this will be the third consecutive victory over her country woman in 2018. Both are shaping up to be in peak form come 14 October.

Add in an inform Irvette van Zyl and you have all the ingredients of an epic race on 14 October. Van Zyl has been in impressive form since giving birth to her second son in July and after this past weekend feels confident of becoming only the third South African woman to break 32 minutes for the 10km. “I am clearly in better shape than I thought,” said van Zyl after her win at the FNB Joburg 10K CITYRUN on Heritage Day, 24 September. “With Stella (Chesang) and Mercyline (Chelangat) in the field this has to be a good opportunity for me to go under 32 minutes, both are fast over the 10km and I am looking forward to the chance.”

Van Zyl had clocked her second best time ever over 10km on Sunday, 23 September (32:48) in Cape Town, before flying to Johannesburg that evening to line up for the FNB Joburg 10K CITYRUN. She not only won, but duly shattered the course record of 35:34, crossing the line in 33:51.

With all three athletes coming into shape leading up to 14 October, the FNB Durban 10K CITYSURFRUN is shaping up to be a big battle indeed and could well see the fastest 10km ever run in South Africa.

PRIZE PURSE:  The FNB Durban 10K CITYSURFRUN will boast a whopping Prize Purse of R250000 in 2018.  Prize Money will be awarded to the top ten men’s and women’s finishers in the open category with the overall winners each taking home R30 000.  Prize money has also been allocated to the top three finishers in the junior, 40-49, 50-59, 60-69 and 70+ age group categories.

EXCITING ON ROUTE ACTIVATION: PUMA South Africa has thrown down the gauntlet challenging runners to ‘Beat Bolt’ at the 2ndannual FNB Durban 10KCITYSURFRUN.   The ‘Beat Bolt’ Sprint requires speed.  Be prepared to give your all over a 100m sprint. This section of the route will be timed. The runner (male and female) to clock the fastest time over  the 100m will be rewarded with a PUMA shopping voucher to the value of R10 000.