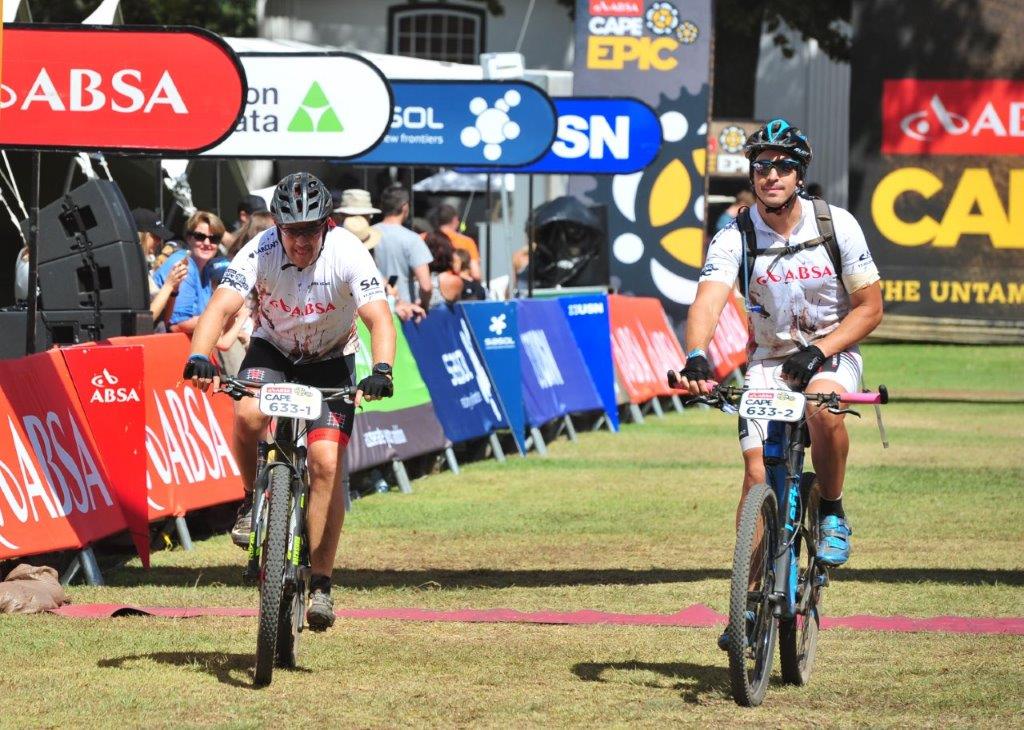 Brothers Sean and Adam Greve, overall #ConquerAsOne winners for the 2016

Absa will be celebrating and recognising the spirit of teamwork and perseverance at the 2017 Absa Cape Epic. Over the week of the race Absa will be challenging all participants to rally those around them to conquer the world’s toughest mountain bike race.  On each day of the race, one team embodying human spirit in overcoming the challenges posed to them will be recognised and rewarded.  An Absa appointed judging panel will select a daily #ConquerAsOne moment with the winners receiving a #ConquerAsOne race jersey to wear proudly during the next day’s stage.

Like the riders, Absa and the Cape Epic are partners that have found common ground in mountain biking and a relationship that is strengthened by unfailing commitment, passion and dedication.  Together they have crossed many finish lines side by side, Conquering as One.

Adam Brooke, Sponsorship Manager at Absa, said: “The Absa Cape Epic cannot be successfully completed through an individualistic approach. For this reason, we are urging all involved in the race to come together, support each other and #ConquerAsOne. Over the race week, we are excited to recognize rider partnerships that conquered the daily race stages together in the face of adversity.  The task will not be an easy one as anyone who conquers the Absa Cape Epic deserves to be celebrated.  We have seen many astounding moments of bravery and perseverance over the years and are excited to see what 2017 has in store.”

There have been a number of outstanding moments of pure and sheer determination to conquer one of the most exhilarating, life-changing mountain-bike stage races in the world.  Last year’s #ConquerAsOne moment was won by brothers, Sean and Adam Greve. With 8km to go on Stage 4, Adam took a serious fall and tore his shoulder ligaments, preventing him from peddling to the finish. Their bond as brothers gave them the motivation to go on, not only to complete the stage but more importantly the Absa Cape Epic.

Another outstanding #ConquerAsOne moment, this one from the 2015 event, was the riding team made up of Jason Van’t Slot, the first person with Cystic Fibrosis to ever complete the Absa Cape Epic, and his partner Phillip Sassie.  On Stage 5, Jason was already nursing a chest infection when he was forced to run down the Plumb Pudding Hill track due to a backlog of riders.  He subsequently strained a muscle in his knee which continued to trouble him throughout the race. Beating the pain threshold required immense perseverance. Partner, Phillip Sassie, continued to motivate him and push him forward when he began toying with the idea of dismounting and walking. With Jason’s unwavering determination and Phillip’s resolute motivation, the pair raced away and conquered the Absa Cape Epic together.

A #ConquerAsOne moment will be selected and rewarded on each race day of the 2017 Absa Cape Epic.  Follow the action by searching #ConquerAsOne on Twitter.

You can get involved!