Countdown to the first Snow Epic 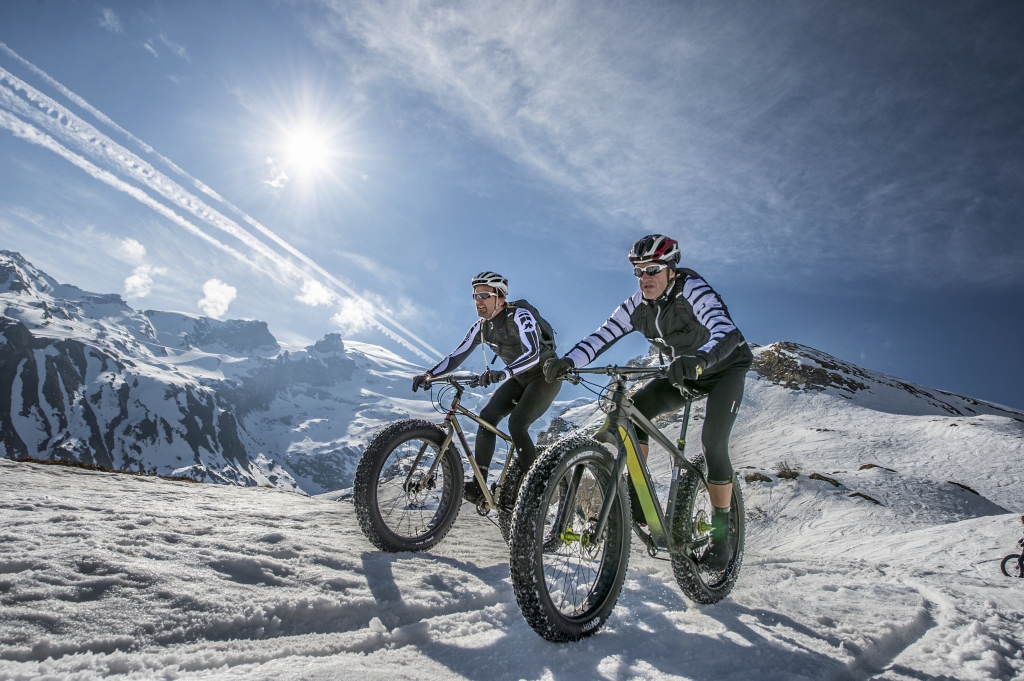 With only days to go before the first Snow Epic it has been blessed with a vital component Š snow.

Snow conditions across the Alps had been poor this winter, but a snowfall of more than 10cm fell in Snow Epic host village, Engelberg, at the weekend.

Race founder Kevin Vermaak, who first dreamed up the idea behind Europe¹s first winter fatbike festival while on holiday in Engelberg a year ago, said from the Alps town: ³The conditions will be great when the racing starts on Thursday. Everything is now in place for a fantastic and fun event.²

A total of 122 riders from more than 20 countries will take part in the inaugural event. They come from countries and regions as diverse as Namibia, Alaska, Slovenia, South Africa, Columbia, the United States and across Western Europe.

It has attracted some of the world¹s best-known endurance and adventure mountain bikers and amateurs from across the world. They include former Absa Cape Epic winner and Olympic gold medallist Bart Brentjens, reigning Masters cross country world champion Rune Hoydahl from Norway, and Namibian Mannie Heymans, another former Epic winner who will be racing in snow for the first time.

Legendary Swiss cyclists Esther Süss, herself a multiple world champion, and veteran Bärti Bucher will also be in the starting line-up.

On Thursday, January 15, the Furenalp loop is a cross country-style circuit in the Engelberg valley. This race is probably the easiest of the five and has a profile similar to a marathon mountain bike course (except, of course, that competitors are riding on snow).

Friday features three races ­ the 900m ascent and then descent of Brunni which will be timed separately to allow riders time on the scenic Brunnihütte.

The highlight will then be Friday evening¹s floodlit ŒRocky Dual¹, where each participant has two runs down separate slalom courses on the Klostermatte ski slopes to determine the overall best slalom rider.

The racing finishes with Saturday¹s two laps up at the Trübsee mountain lake above Engelberg. All the while riders will be surrounded by majestic snow-covered slopes, including the famous Titlis Mountain. After the lunch they will enjoy an untimed mass descent back down to the village.

Vermaak, well-known in cycling circles as the founder of South Africa¹s highly successful Absa Cape Epic, was on a skiing holiday in Engelberg a year ago when the Snow Epic idea was born. Engelberg locals, and now Snow Epic partners Evert van Muyden and Herman Coertze were riding every day in the snow to train for the Absa Cape Epic and Vermaak wondered: ³Why not have a mountain bike race in the snow?²

Another factor was that the trend in fatbikes was gathering momentum in Europe and had already exploded in North America.

The event was formally launched just 5 months ago (www.snow-epic.com).

The main sponsors of Snow Epic are Rocky Mountain and BiXS, with the support of the town of Engelberg. A 26-minute television programme will be produced and distributed globally and packaged with the highly successful Absa Cape Epic TV production.

There are 11 media riders participating in the inaugural Snow Epic.