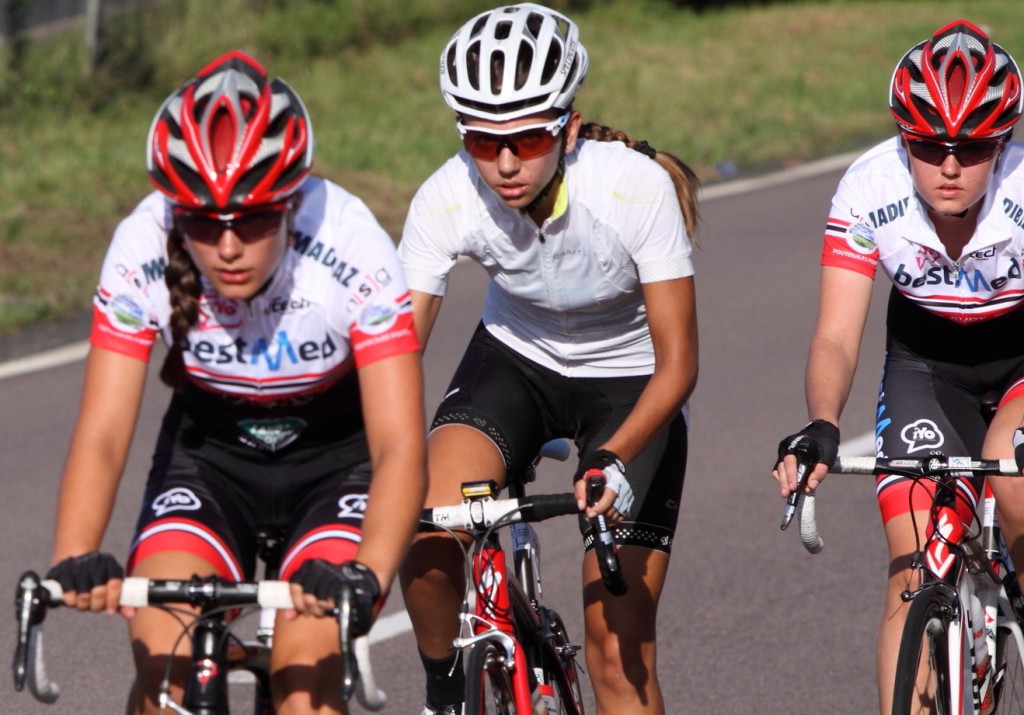 Gerber and fellow Bestmed-ASG teammates Catherine Colyn and Michelle Benson will make up the junior female component of the national team, which was announced by Cycling South Africa on Friday.

Team manager Owen Botha was pleased by the inclusion of his charges and he was hopeful that they would become the core of the senior women’s team in years to come.

“Our aim is to develop internationally competitive female riders, and specifically for the Commonwealth (2018) and Olympic Games (2020).”

Gerber, from Port Elizabeth, has just returned from the UCI Junior Track World Championships in Korea where she focused on the individual pursuit and scratch races.

Botha said only Gerber and Benson would participate in the 14km individual time-trial in Spain, which would be the latter’s main goal.

According to him, all three riders were entered for the 72.8km road race, which featured two telling ascents on each lap for a total of 1 224 metres of climbing.

“Catherine can climb very well, so the course should suit her,” said Botha.

The fast and technical nature of the closing kilometres could however favour a rider like Gerber if the racing stayed close, said Botha. “If she hangs on she has a very good chance of victory.”

He said all three had been performing at a consistently high level since the start of the season.

In February, Benson and Gerber grabbed gold and silver respectively in the individual time-trial at the national champs.

Benson, who hails from Pretoria, won gold in the time-trial at the African Youth Games in Botswana in May.