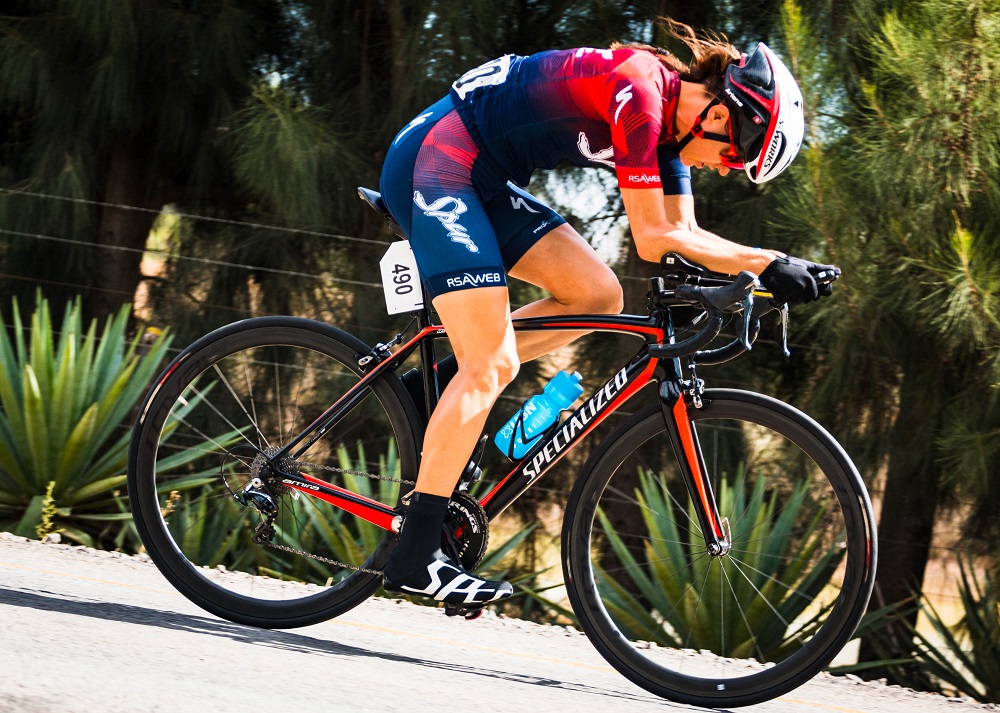 Spur’s Ariane Luthi won her first individual time-trial in the Bestmed Tour of Good Hope, presented by Scicon and the City of Drakenstein, when she completed the 26.5km course in 40:25 at the Boland Agricultural School just outside Paarl in the Cape Winelands today. Photo: Robert Ward

A metronomic Stefan de Bod stamped his authority on the Bestmed Tour of Good Hope with his third successive victory in the individual time-trial outside Paarl in the Cape Winelands today.

The Dimension Data Continental rider, who won the overall title in 2016, improved on his time of last year to nail the stage win in 32:30, provisionally moving into the top spot in the general classification.

Taking second place on the day was his teammate and 2017 champion Kent Main, who completed the stage in 33:20, followed by ProTouch’s HB Kruger a further 15 seconds adrift.

The 21-year-old De Bod, who had set himself the target of beating last year’s winning time on the 26.5km course, said he was happy with his hat-trick in South Africa’s premier road stage race.

“The finish line today was slightly different to last year, making it a bit shorter, but I still managed to beat my time by 50 seconds,” he said.

“With the slight change, that probably meant I was about 40 seconds quicker than in 2017 and in a short time-trial such as this it’s quite a lot. I definitely showed some improvement.”

De Bod, who lives in nearby Stellenbosch, said at the halfway stage he thought he may have started a bit too fast.

“But, in fact, I was able to keep up my power until the end, so my pacing turned out to be perfect.

“That made it a really good time-trial for me. I pushed a bit harder because it was a relatively short distance and it all worked out well.”
He added that the team’s focus now would be to work hard to protect the yellow jersey.

De Bod said it would be a matter of good teamwork and smart tactics as they went about maintaining their grip on the race.

“The team is working well together and each year things are becoming a bit more professional and the riders are getting more mature,” he said.

“We are a happy outfit and will definitely be aiming for a few more stage victories.”

Spur’s former champion Ariane Luthi finally cracked her first time-trial victory in a race she has been doing for more than five years when she sped over the line in 40:25.

“As a mountain biker where you need a threshold effort for a long period I felt I was suited to the time-trial and I’m very pleased to take the win,” said Luthi, who leads overall after being second in the bunch finish yesterday.

“There were quite a few rollers on the route, but I have learnt some time-trial tactics over the years and although I’m not a specialist, that experience helped me today.”

She said she “left it all out there” and just had to manage the pain as she pushed hard all the way to the finish.

“The overall title is my focus so today was very important for that,” added Luthi.

“Tomorrow is a mountain-top finish and you have to be very attentive to any breakaways during the stage.”

The riders will face a 137km test with 2 687m of vertical ascent, ending on top of Du Toitskloof Pass.

Presented by Scicon and the City of Drakenstein, the 491km race ends at the Taal Monument just outside Paarl on Friday.