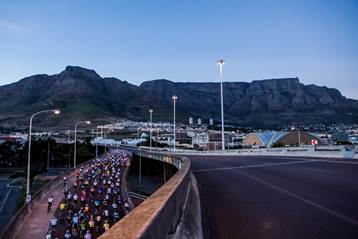 On Sunday, 8 March 2015, 35 000 cyclists will line up in Hertzog Boulevard to participate in the world’s largest timed cycling event, the Cape Town Cycle Tour.

Formerly known as the Cape Argus Pick n Pay Momentum Cycle Tour, the event has grown beyond the imagination of those early cycling pioneers who pedalled the Cape Peninsula in 1978, to becoming the iconic international event it is today.

From humble beginnings, the event – now in its 38th year – has become a permanent feature on the calendars of professional and recreational cyclists worldwide.

In addition to ensuring the success of the event, the Cape Town Cycle Tour Trust, organisers of the annual event, places a strong focus on charity by encouraging cyclists to ride and raise money for a good cause.

Keep informed of developments of the Cape Town Cycle Tour by joining their Facebook Page at www.facebook.com/cycletour or by following them on Twitter at @CTCycleTour.

General public entries for the 2015 event opened on Friday, 26 September 2014, and closed in a record eight hours.  For more information about next year’s race, please visit www.cycletour.co.za.