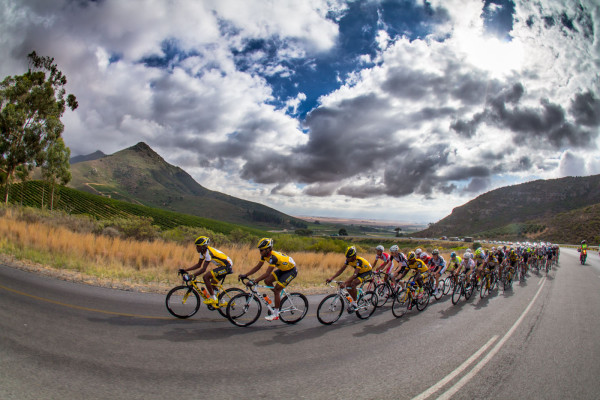 After coming up short against Australia’s Team Drapac last year, Dimension Data’s continental team will be racing to win this month’s Bestmed Tour of Good Hope.

Team manager Kevin Campbell said the five-day tour through the Cape Winelands, which starts on February 29, was an excellent conditioner for them ahead of their European campaign.

“We’ll be racing all out for victory,” he confirmed ahead of the 522km race that features 6 168m of vertical climbing amid two mountain top finishes.

“Although we’re a new team, our riders are well known in South African racing. We’re aiming high and focusing on achieving a winning result.”

He said that although they had not yet nominated a protected rider, they would target stages as well as the general classification.

“We have talented riders and will have a strategy for each stage and the GC. We have a few candidates who can potentially compete for a top result.”

He said the tour was well supported by all the top teams in the country and would allow them to build racing condition before travelling to Europe.

The Tour of Good Hope played a key role in his racing strategy for the season, said Campbell.

“It will help me prepare our cyclists for arduous international racing. Even top one-day racers relish tours like this to prepare themselves for goal events.”

The newly branded outfit will succeed the MTN-Qhubeka feeder team who secured overall victories in 2013 and 2014.

Campbell said the feeder team did an excellent job of bringing riders from Africa to South Africa and exposing them to racing at an international level in events across Africa.

“We are trying to build on the good work they did and raise the competitive level of African cycling by racing against some of the top teams in the world.”

They will start their season at the national road champs in KwaZulu-Natal in mid-February before heading to the Tour of Good Hope and the Cape Town Cycle Tour.

After that, said Campbell, they would travel to Italy to compete in UCI events from late March.

“Our WorldTour team have an established infrastructure in Lucca and we’ll use that as our base in Europe.”

Race organiser Wynand de Villiers confirmed that all the local pro teams would be on the start line at La Paris Estate in Paarl.

“Apart from them, (multiple mountain bike world champion) Christoph Sauser has built a team around him to lead the international onslaught.”

The five-time Cape Epic winner will spearhead the Investec-Songo-Specialized team at the event, which is presented by Rudy Project.