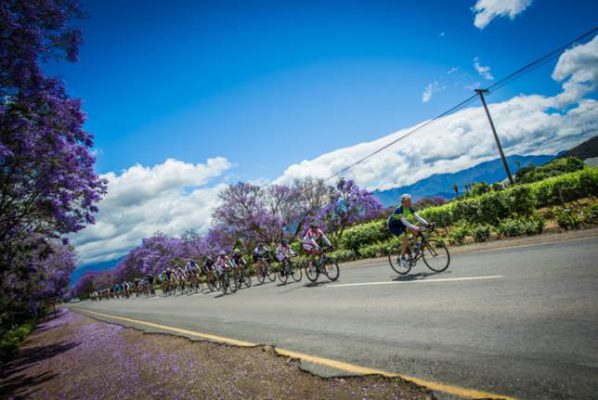 (Cape Town, 19 August 2016) Following the confirmation on Wednesday that, despite current extensive roadworks, the 24th Coronation Double Century will run on the traditional 202km route from Swellendam on 26 November 2016, the entry process will kick off on Tuesday, 23 August.

Entries for the 2015 event sold out in under 13 minutes (the quickest sell-out in the event’s history) and the decision has been taken to create a new tiered entry process for the 2016 event.  Explaining the new process, David Bellairs, a director of the Cape Town Cycle Tour Trust (CTCTT), says “To facilitate some necessary increases, while endeavouring to contain costs as far as possible without impacting on the quality of the event and safety of the cyclists, three tiers of Team Entry fees have been created that cyclists can apply for:

The total number of available Team Entry slots for this event will be limited to 250. We have however ensured that a minimum of one third of the total available Team Entries will be made available in Tier 3 at the lowest cost – as we do not want to discourage teams of limited financial means to miss out on the opportunity to also apply for an entry.”

“Because of the roadworks, the Cape Town Cycle Tour Trust has had to implement additional measures to ensure the safety of participants. In addition, the actual costs of putting on a premier event of this nature have seen significant increases over the past few years.  The calculated cost of putting a single rider onto the road this year is in excess of R950, however we appreciate that this is a significant jump in cost,” he said.

To apply for a Team Entry, cyclists will need to log on by visiting the Coronation Double Century website www.coronationdc.co.za. It is advisable to have the following information handy: Team name and then the Team Captains details should be updated on our system.

The organisers have urged potential entrants to follow the event’s social media platforms via Facebook (www.facebook.com/CoronationDC) and Twitter (@TheCoronationDC) for up-to-the-minute updates during this entry process.

The Coronation Double Century is a Pedal Power Association event organised by the Cape Town Cycle Tour Trust on their behalf. For event-related queries, please contact the Events Office on 087 820 7223 during office hours.