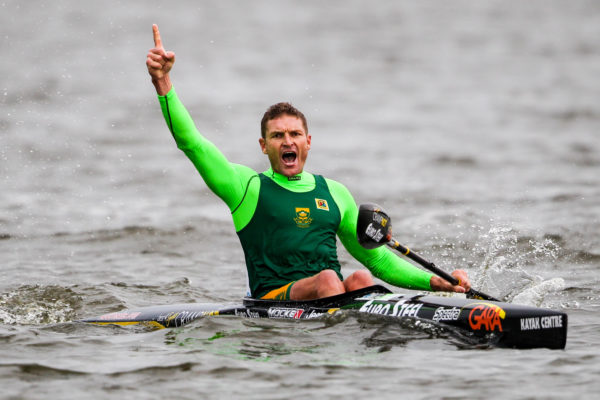 Despite initial fears that he may be unable to defend his World Title due to the cost of participation, McGregor mastered a powerful field in tough conditions to strategically win both the Men’s K1 and K2 crowns.

“The conditions were tough but I felt in control from the start, you have to limit your mistakes and conserve energy until it’s time to release the animal inside and go for gold.”

In a battle of endurance and tactical mastery perfected over a lifetime of experience, McGregor, partnered with Jasper Mocke, set the pace in the K2 final, sustaining a tactical edge to power to a sprint finish seconds, ahead of Hungary.

“I had two fantastic races to win my 7th and 8th world titles. It was great to have my wife, Pippa, fly in on Friday night to support me and to watch me win. I must thank my father for seconding me during these race.”