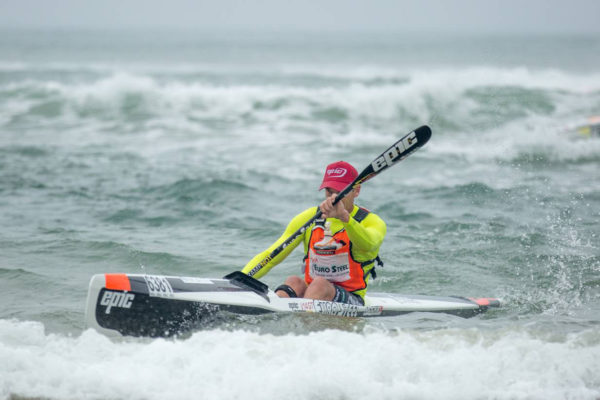 It was Euro Steel/Epic Kayak’s Hank McGregor that was too strong for the field in the S1 and S2 races at at the 2016 Pete Marlin Surfski Race, which doubled as the South African Surfski Championships, in East London over this past weekend. John Hishin/
Gameplan Media

East London – Hank McGregor signalled his return to the top of the South African Surfski Championship pecking order with victory in both the singles and doubles clash at the Pete Marlin Surfski Race in the Eastern Cape on the weekend while Nikki Russell followed suit in the women’s tussles.

McGregor went into the clash having been conspicuously absent from the top step of the S1 podium at the national ocean racing spectacle for the past two years however the Euro Steel/Epic Kayaks athlete came into the weekend’s showdown full of confidence after a near perfect year’s racing.

Having been unstoppable on flat water, rivers and the ocean alike throughout 2016, the eight time ICF Canoe Marathon World Champion – who was recently announced alongside Wayde van Niekerk and Chad le Clos as a South Africa Sports Awards’ Sportsman of the Year nominee – put in another strong performance to race to victory.

“I’m very stoked to have won the SA Surfski Championships at the Pete Marlin Surfski Race,” McGregor posted on Facebook shortly after his singles victory.

“The standard of paddling in South Africa is at an all-time high at the moment, which makes racing on local waters as tough as ever,” he added.

“I had to relinquish my SA title today, but not without a fight,” posted a content Dawid Mocké.

“This was the most amazing weekend in East London for the Pete Marlin Surfski Race and SA Surfski Champs,” said women’s runner-up, Nixon.

“Nikki (Russell) and I had the most insane neck and neck race for the S1 title – 23kms of fighting it out, right down to backline, but Nikki outclassed me in the surf and took the win.

“I am extremely happy to come away with second place in the best race I’ve ever had!” she added.

Russell and Ward then paired up to clinch the women’s doubles crown on Sunday, outclassing Nixon and Donna Tutton while Purchase and Kerry Segal finished third.

The Pete Marlin Surfski Race also served as the third of five Title events of the 2016 World Surfski Series with a large South African contingent now heading to Hong Kong for this weekend’s Dragon Run, the Series’ fourth Title clash.

More information can be found at www.canoesa.org.za.

More information can be found at www.canoesa.org.za. 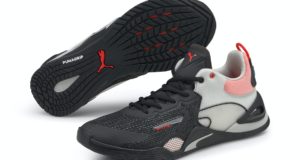