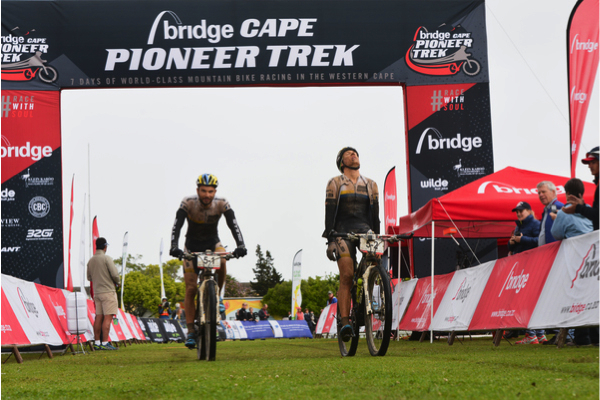 Stage 4 of the 2014 Bridge Cape Pioneer Trek international stage race was always expected to deliver a shake-up; and it didn’t disappoint. As if the 109km with 2690m of ascent from De Rust to George wasn’t difficult enough, the riders had to conquer some exceptionally rough terrain and contend with rain and cold too.