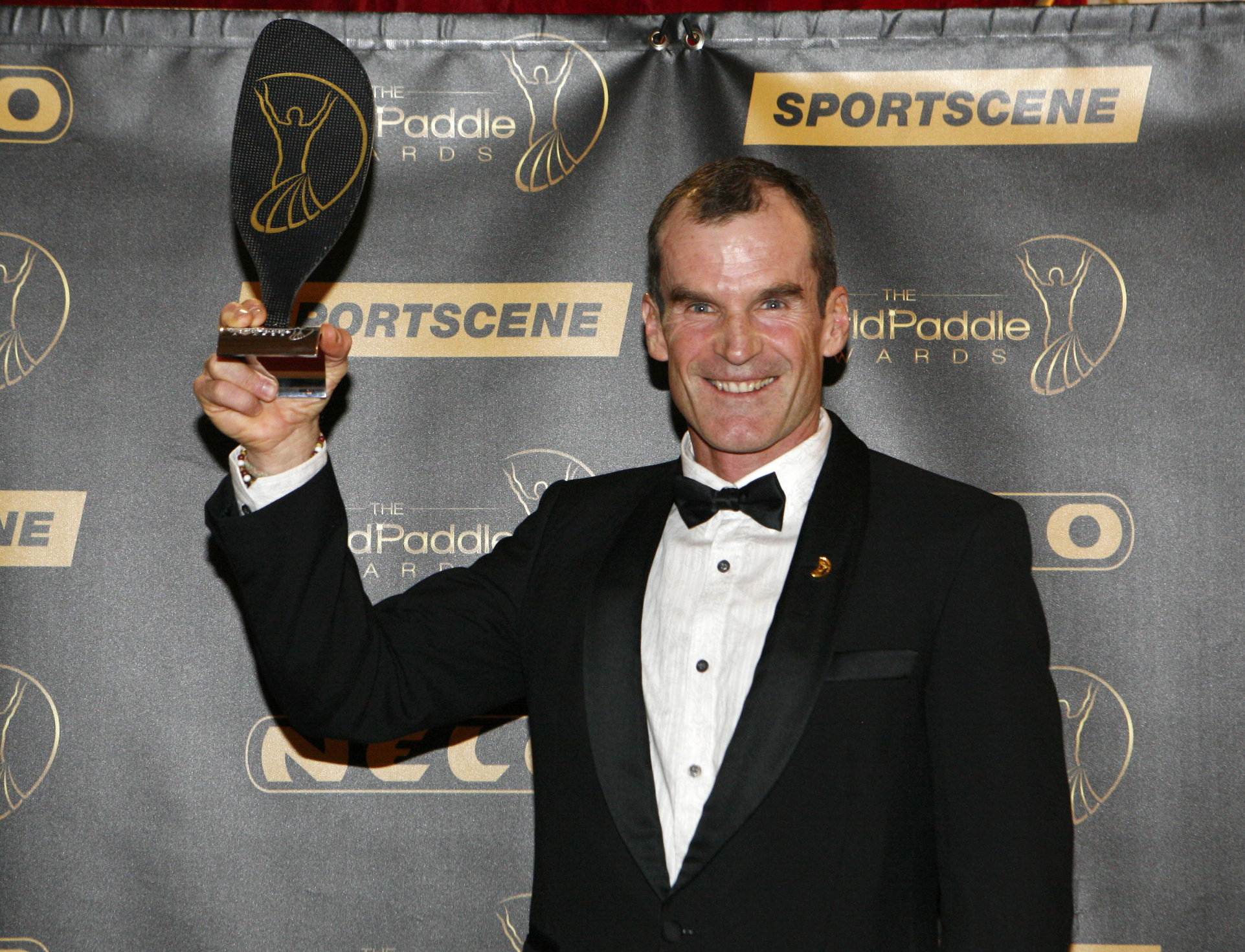 Pietermaritzburg – Martin Dreyer’s dedication and hard work to the growth of canoeing amongst black paddlers in South Africa, particularly in KwaZulu-Natal’s Valley of a Thousand Hills, via his Computershare Change a Life Academy was internationally recognized on Saturday when he received the ‘Foundation Award’ at the World Paddle Awards for 2015 in Barcelona, Spain.

The former ‘Dusi Duke’ and founder of the Academy jetted in to Europe for the prestigious gala ceremony where he shared the winner’s limelight with some of the globe’s most successful personalities such as Rene Holten Poulsen from Denmark (Sportsman of the Year) and New Zealand’s Lisa Carrington (Sportswoman of the Year).

Dreyer was bowled over by the honour and attended the gala function wearing a tuxedo that had belonged to his mentor, the late Graeme Pope-Ellis, the iconic ‘Dusi King’, who took Dreyer under his wing and moulded the early days of his Dusi racing career.

Started in 2008 by Dreyer after he and Thulani Mbanjwa famously raced to a historic Dusi Canoe Marathon victory together the year before, the seven time Dusi winner and adventure racing enthusiast’s initiative has since grown from strength to strength and is now a shining beacon of development, both locally and abroad.

“It is a great honour to receive this award, especially on a global stage,” said Dreyer.

“It gives me reassurance that what I’m doing is good, it reiterates my drive to continue and it is good to know that we at the Computershare Change a Life Academy are going in the right direction.”

“Change a Life is a non-profit organisation and this exposure on an international level can only be beneficial to my academy and help create opportunities for those who are less privileged,” he added.

President of the World Paddle Awards, Rob van Bommel believes the evening’s lavish celebrations are fitting of the honour the award winners, such as Dreyer, deserve due to their contribution to the various paddling disciplines the world over.

“I believe that we are at the beginning of something unique, something that has never been done before for 15 different competitive paddlesports, including all the different people that are part of this colourful and diverse community.

“The world of paddlesports is a world with more than 15 disciplines and a colourful community with all kinds of people who share one passion: paddling on water,” he added.