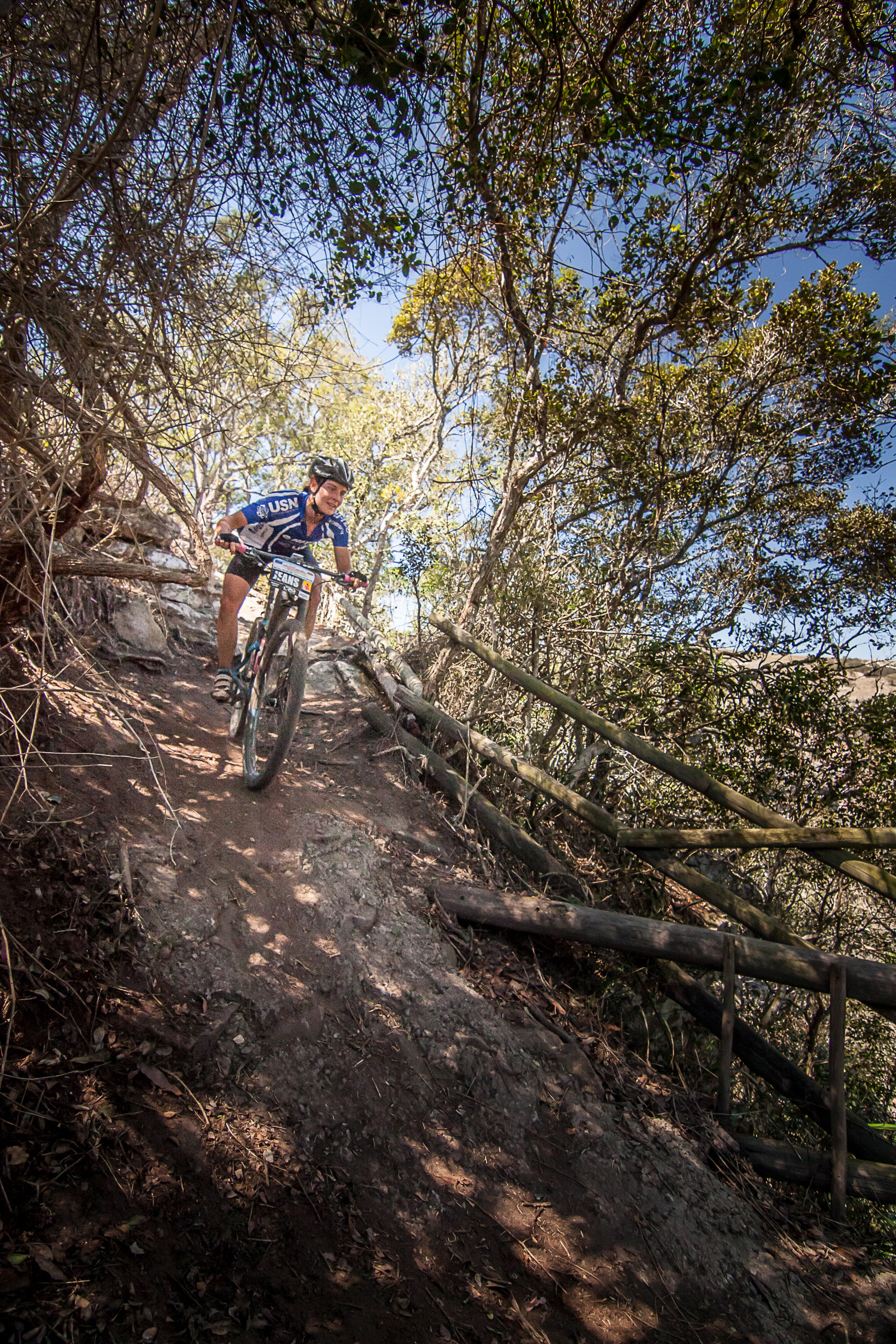 It was another masterful display from USN/Hi-Tec’s Jeannie Dreyer as she wrapped up the women’s title of the 2015 Quattro ROAG Series at the Lake Eland Quattro Classic powered by the Burry Stander Foundation on Sunday. Woz’Bona Photography/ Gameplan Media

Pietermaritzburg – This past weekend’s final leg of the 2015 Quattro ROAG Series reaffirmed Jeannie Dreyer’s dominance over the ladies series as she powered her way to a flawless sixth win of the series to claim the women’s title for an incredible sixth time at the Lake Eland Quattro Classic powered by the Burry Stander Foundation on Sunday.

The race has got very close ties with the late Burry Stander and his family with Dreyer mentioning that she could feel the presence of South Africa’s greatest Cross Country export when she was out on the course.

“I didn’t know Burry (Stander) well at all,” she said. “I think I met him once or twice but you could always feel his presence when you were out there from all his family riding and working at the watering tables – it was an amazing race!

“It had a definite cross country feel to it and although it was technical it was never too technical that you couldn’t get off and walk through a few of the sections.

“It is definitely a hidden gem and I will be back next year if I can!” the satisfied USN/Hi-Tec star stated.

The trip to the Lake Eland on the South Coast gave the Dreyer clan an opportunity to get away for the weekend and although it was a busy Sunday of racing for Mrs Dreyer it was also an opportunity for the family to have a great weekend away.

“We realised that it was probably one of the races that was the longest distance from Pietermartizburg so we decided that we would go down as a family and camp and take part in the race – considering I needed to finish in order to have six races to my name.

“We had such a great weekend and there was so much to do which was great for the kids,” she beamed.

Having wrapped up another convincing series win Dreyer reflected on the series as one of the best that she has been involved in but also reflected on 2015 as a year that has taken her all over the globe and back again.

“I knew that I was not under any pressure coming into the race from a series point of view however there is always an element of pressure when you race and you always want to do well when you get out there.

“This year’s series and the year as a whole has been incredible!

“Being able to win six races in the ROAG Series has been a huge highlight as well as riding in Colorado and then recently I rode in the Lesotho Sky Race which was an incredible experience so it has been a great year for me,” Dreyer added with a smile.

With a jam-packed ROAG Series coming to an end Dreyer reflected on how lucky riders in KwaZulu-Natal are in terms of variety when it comes to riding and with nine different races in the series it is a great way to test oneself in varying conditions.

“I think I lucked in this year with six of the best races on the ROAG Series, although I missed the Illovo Eston MTB Challenge which has always been one of my favourite races, but all of the races are so unique and it shows how spoilt we are here in KZN!

“The races are always changing and it means that you get something new and exciting every time and to have these incredible races and trails around an hour from Pietermaritzburg just highlights how lucky we are,” she explained.

As Andrew Hill wrapped up the men’s series title at the Sunday Tribune Jeep Hill2Hill a few weeks ago it was a race for pride on Sunday in the men’s race as Team Thule’s Tyronne White managed to beat TIB Insurance’s Hill by seven seconds to take the victory and cement second place in the Quattro ROAG Series overall standings.

The 2015 Quattro ROAG Series Awards Dinner will be held at The Secret Garden & The Boma on 14 November. The tickets are on sale now for R220.00 for adults and R170.00 for kids. There are only 130 tickets available. For more information go to http://www.roag.co.za/eventinfo.aspx?EventID=1616.

More information can be found at www.roagseries.co.za