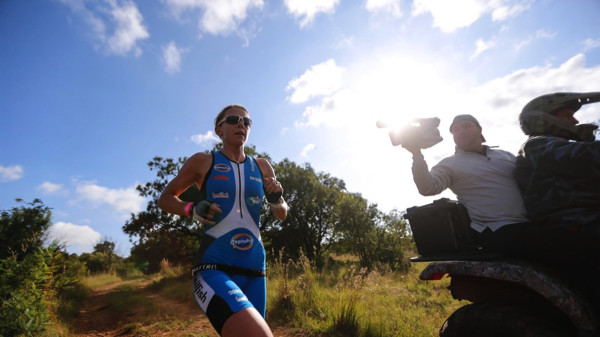 The sporting world often produces names that become synonymous with a discipline like Schumacher of F1, Babe Ruth in Baseball, Gary Player in golf and the fledgling sport of offroad duathlons seems set on the same track. Recent years have seen unprecedented dominance by two athletes in the Momentum Health OatWell DualX powered by PeptoPro series by Brand du Plessis and Andrea Steyn.

Journalists have run out of headlines to describe their feats with the odd exception like when multiple XTERRA world champion Conrad Stoltz made an appearance to ruin an otherwise almost perfect record for Du Plessis. In the women’s category Steyn has been superbly dominant and winning nearly every race she starts. This does now make the events any less exciting but each win remains a hard-fought feat and the depth of the field is improving with each event.

The events are mostly based around Gauteng, but with the addition of the Knysna Oyster Festival leg to the series this year, even fiercer competition can be expected.

The real success story of the Momentum Health OatWell DualX powered by PeptoPro events doesn’t lie in the competitive category however. The family-friendly nature of the events where kids can participate alongside parents in a variety of distances catering for different fitness levels is where the events really win over the hearts of participants. One such is example is Adrienne Moolman who said that her kids literally cried when they were told they had to go home after the event at Hakahana this weekend.

The second round in the 2016 series took place at Hakahana this weekend and was won again by Du Plessis and Steyn respectively as expected. It was Nico Sterk and Theo Blignaut who rounded off the elite men’s podium in the full distance and Nicolette Griffioen and Susan Sloan in the women’s category who took second and third respectively.

Full results can be found at www.saseeding.org. For more info visit www.dualX.co.za