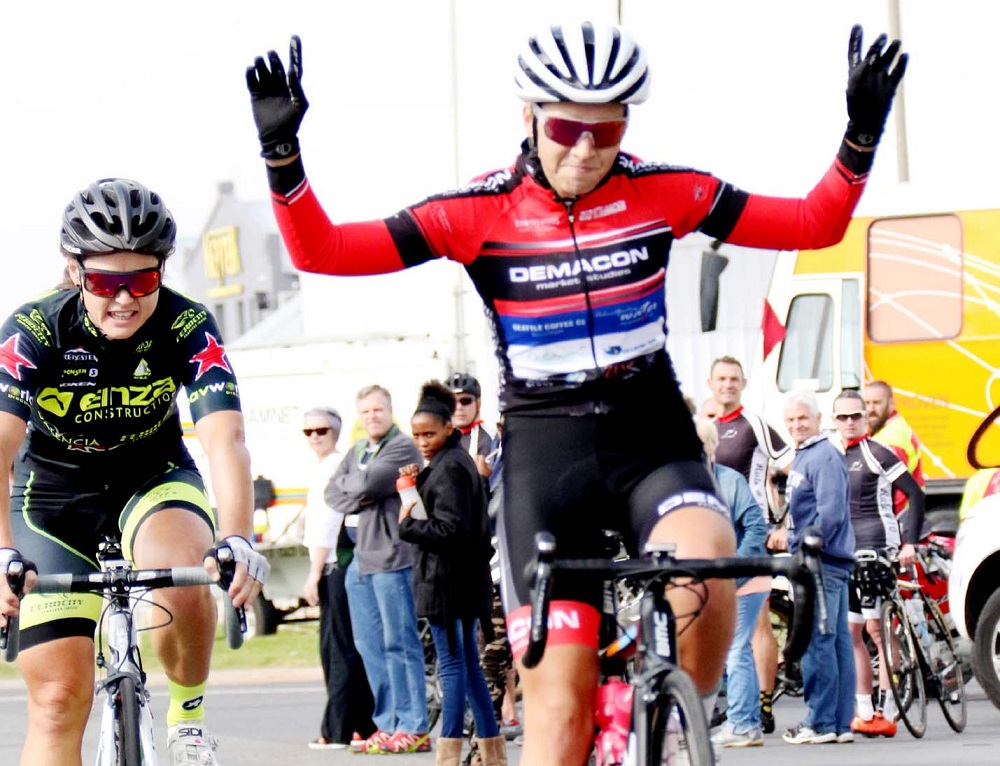 Kim le Court crosses the line to take the honours in the Emperors Palace Classic road cycle race, now known as the East Rand Classic. Although there is a new race venue, the route remains largely unchanged and will provide an opportunity for the sport’s sprinters to show their prowess. Photo: Yolanda van der Stoep

Cyclists with a penchant for sprinting will be fired up to demonstrate their power and prowess when the East Rand Classic road cycling race takes place in Kempton Park, Johannesburg, on April 28.

Despite a new race venue at the Acsa parkade adjacent to OR Tambo International airport, ASG Events race director Erick Oosthuizen said the route would remain similar to recent years.

“That means it will be another flat route, which will again provide an opportunity for the sprinters to show their skills,” he said of the race formerly known as the Emperors Palace Classic.

The East Rand Classic’s feature race will be contested over a distance of 98km, while there is also the option of doing a 48km route. Entries for the event close on Monday.

One cyclist with an intimate knowledge of the race’s challenges is Johannesburg cyclist Ryan Harris, who has been second on the podium in the last two years.

He confirmed the speedy nature of the route.

“Yes, it has always been contested on a flat route, which, of course, makes for a fast race and is very difficult for breakaways to get away,” said Harris.

“I wouldn’t describe it as a boring race, but it’s a fact that no attacks can really get away from the main bunch.”

He added that that didn’t stop some teams from trying to create a gap.

“You always find that teams who do not have an out-and-out sprinter will try to break away, so there are numerous attacks along the route.

“But what happens is the peloton is rolling so quickly that they generally bring it back together pretty soon and it’s back to the one bunch.

“Everyone follows each other’s wheel and you may get a break which can hover around the 30-second mark, but it’s rare for it to ever get bigger than that.”

With the sprinters enjoying the tactics, Harris said it generally came down to the final dash for the line, with teams playing a vital role.

“The fast guys love this race because it normally stays together until the sprint finish and that’s where the team effort becomes very important,” he added.

“You have to make absolutely sure of your positioning going into the final two kilometres or so and it’s all about getting your tactics right with your teammates.

“It’s important to be near the pointy end of the race, rather than getting caught too far back with too many guys around you.

“The team plays a key role in creating favourable conditions for the designated sprinter.”

Besides the road races, the East Rand Classic offers two mountain-bike events over 50km and 25km, which will take place on April 27.

For more details, go to www.eastrandclassic.co.za