Enter now for the Ride2Nowhere 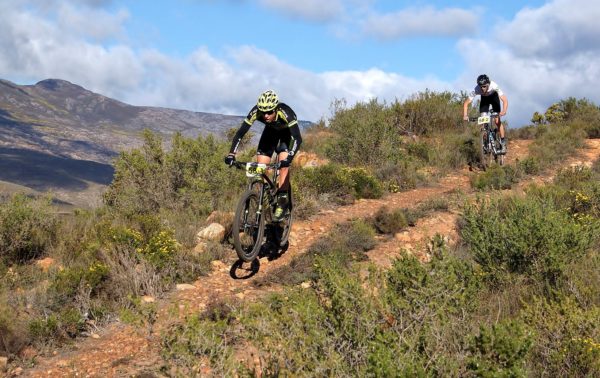 (McGregor) – Entries are open for the three-day Ride2Nowhere taking place from 7 to 9 September. Now in its seventh year, the event is a firmly established favourite on the South African stage-racing calendar and promises to once again deliver the ‘real mountain biking’ goods.

“The village of McGregor is central to the event,” says Erik Kleinhans, who won last year’s team category with Robert Hobson. “It’s just so cool to go to an arty little place in the middle of nowhere. I really like that mountain biking takes you to these kinds of destinations.”

The 2018 edition will once again feature various options across the three days, with a short (40km) and long (60km) option per day as well as solo and team categories for mixed, women and men’s teams. The short routes are open to riders older than 16, which sets the event apart from most other stage races. However that is not the only thing that makes it unique.

“There is a really cool atmosphere at the race,” says Erik. “It is very social and the vibe (and wine) is very good.”

“Other than the venue and the town the routes are really cool,” Erik says, explaining that he likes the more ‘Karoo-style’ riding that is characteristic of the routes in the area. “It’s slightly rougher and not as manicured as you might find on other trails. You have to work harder, technically, with some sandy sections, rough climbs and unexpected corners. Real mountain-biking,” he says.

“Also, it feels pretty remote at times and for me that is really cool – riding in a place that you would not normally see.”

The short route offers much of the same feel and challenges as the longer one, but with some shortcuts and a bit more gravel road.