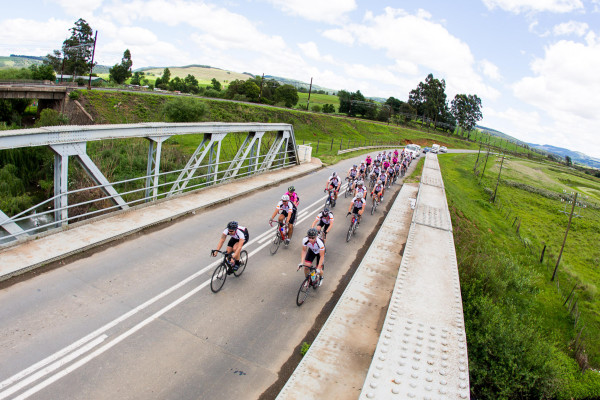 Durban – It’s that time of year again when a courageous group of cyclists prepare to ride a daunting 640 km journey from Johannesburg to Durban in less than two days, all in the name of doing good. Entries for one of the country’s most gruelling bicycle rides, the Ride for MRP Foundation from 29 – 30 November 2015 have officially opened with the ultimate goal to raise funds and awareness for the non-profit organisation.

Previously called the Ride for Redcap the endurance ride was first staged in 2010 and is now in its sixth edition. Strictly for seasoned riders with hearts for changing lives, the ride stretches cyclists to their physical and mental limits requiring countless hours of dedicated training and preparation.

Returning to the local cycling challenge for the sixth time is Craig Jones, a Financial Manager at the Mr Price Group. Craig will be cycling in this year’s epic event in a yellow jersey, a visual testament to the impressive number of times he has cycled this taxing ride. The experienced cyclist said, “I always keep forgetting how hard it is! But I think that because it’s such a big challenge that pushes boundaries and the fact that we are riding for an amazing cause keeps me coming back for more!

Kelvin du Sart, the chairman of the Westville Cycle Club, and the man behind organising arguably South Africa’s toughest road ride, has taken every measure to ensure 2015’s ride is a smooth and successful one saying, “A good support team, obeying the rules of the road and plenty of team spirit will make certain that everyone will be able to safely navigate all the road hazards.”

Over R500 000 has been raised through the event to date and this year’s Ride for MRP Foundation is hoping to raise an incredible R300 000. Proceeds from the event will be ploughed into the MRP Foundation, a non-profit that has a vision for South Africa where young people become inspired, healthy and engaged citizens through programmes that focus on youth education, health and job creation.

With only forty spots open for one of the country’s most testing bicycle rides, interested cyclists are advised to get their entry forms in quickly before entries close on the 31st October 2015. In addition to the R2,500 entry fee each rider is required to raise an additional R5 000 for the MRP Foundation above their ride fee. Please note the entry form attached.

For more information on the Ride for MRP Foundation and how to enter please contact Kelvin du Sart via email kelvinv@iafrica.com

If anyone is unable to participate in the ride and yet would still like to make a donation to the MRP Foundation they can make a deposit directly to the MRP Foundation with their name and “RideMRPF” as a reference for their bank transfer. Section 18A certificates will be supplied for all donations. All donation queries to be sent to Cathy Kinnear ckinnear@mrpg.com

For all media enquires please contact Pierre Tostee patostee@mrpg.com  and for information about the MRP Foundation visit www.mrpfoundation.org