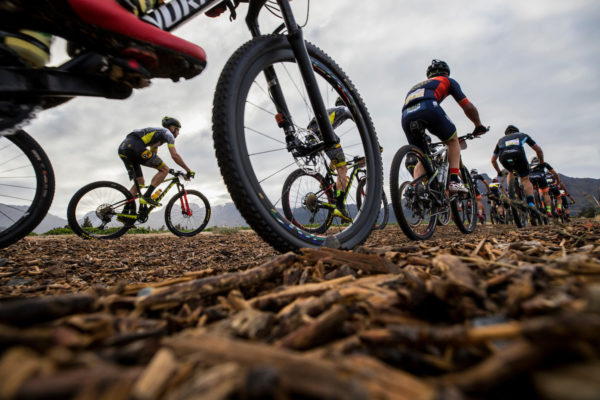 Quick fingers won the day as 100 Early Bird entries for the 2019 Absa Cape Epic sold out instantly on Monday, 26 March – a day after the highly successful 15th edition.

Of the thousands of hopefuls who logged on to the Absa Cape Epic website at 3pm today, only 100 were lucky enough to secure a slot in the 2019 Absa Cape Epic race. Those who missed out on an Early Bird entry can still potentially secure a guaranteed slot through the Lottery Application system, which opened on the Absa Cape Epic website – www.cape-epic.com –  immediately after the Early Bird entries sold out. Successful lottery entrants will be notified at the beginning of June, giving them ample time to start their preparation for next year’s race – the cost is R82 900 per team.
As an Absa Cape Epic volunteer you can guarantee yourself an entry into the following year’s race. You can also enter by supporting one of the official charities or why not broaden your mountain biking horizons by registering for one of the Epic Series Qualifier races (Perskindol Swiss Epic or The Pioneer in New Zealand) for a chance at a slot. Check out the links for details.
The Epic Series is our new and growing global series of mountain bike stage races. Each event captures the essence of mountain biking in its region. At the Perskindol Swiss Epic and The Pioneer, riders have the chance to qualify for a slot at the pinnacle of mountain bike stage racing – the Absa Cape Epic.
The success of having the Epic World Cup, Cape Town Cycle Tour and Absa Cape Epic taking place in the Western Cape in the last two weeks, has seen South Africa become the epicentre of world cycling in March. To capitalise on what has been shown to be a winning recipe the Absa Cape Epic will be held on 17-24 March next year.
This year’s race was full of surprises but it was Investec Songo Specialized’s Jaroslav Kulhavy and Howard Grotts who, through consistency and experience, asserted their dominance and cruised to victory unchallenged. The Czech Express guided his partner in the early stages of the race before Grotts came to the party in a big way to become the first American to win the Men’s category.
The Women’s category, won by Annika Langvad and Kate Courtney, made it a clean sweep for Investec Songo Specialized. Langvad would claim her fourth win from as many attempts while Courtney notched up her first becoming the first American to win the Women’s race in the process.
ABSA Cape Epic featured 2018-03-27
Tiaan Pretorius