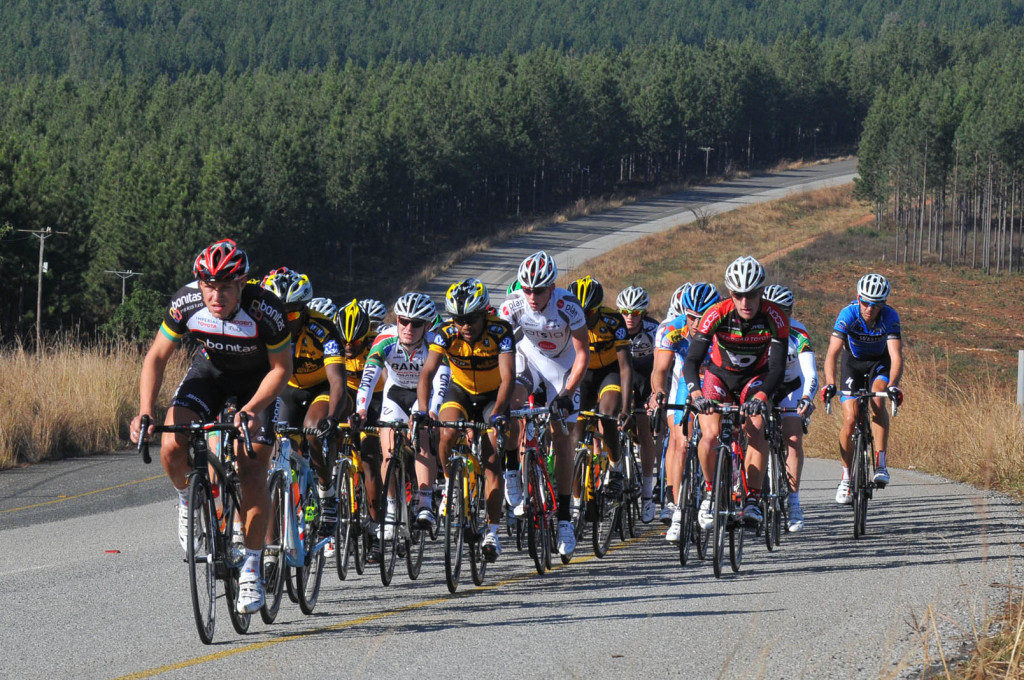 The field for the 32nd edition of the Bestmed Jock Cycle Classique has been extended to 2 500 participants. Billed as South Africa’s toughest one-day race, the three-stage event rolls out from Nelspruit in Mpumalanga on July 19. Photo: Jetline Action Photo

Organisers of South Africa’s toughest one-day road race are bracing themselves for a last-minute flood of entries, as the July 8 entry deadline for the Bestmed Jock Cycle Classique looms.

Race director Wynand de Villiers of ASG Events said Mbombela traffic authorities had granted special permission to open the field for the Mpumalanga race beyond the standard limit of 1 500 participants this year.

“The Jock is an iconic event and the response this year has been as good as ever,” said De Villiers.

“But because there is no cap on entries this year, we are expecting a big uptake in the final week.”

He said organisers were anticipating at least a thousand additional entrants for this year’s race, which takes place on July 19.

“If the numbers get close to that, we will close entries to ensure rider safety and guarantee a premium experience for everyone.”

De Villiers said the 151km three-stage race was aimed at individuals who were looking for a serious challenge.

“It represents the toughest day a rider can spend on his road bike. At least three-quarters of the field has ridden the Jock at least once, with some riders having completed as many as 25.”

For those who felt the distance was just a step too far, he said there would be options to enter only the last two stages (108km) or just the final leg (63km).

“The two-stage option is still especially tough, as it includes both the Spitskop climb and the notorious Long Tom Pass.”

Due to ongoing roadworks, the 32nd edition of the event would once again follow the new out-and-back route from the Mbombela Stadium in Nelspruit via Sabie and White River, said De Villiers.

Historically, the race traced a route from Barberton via Nelspruit and Kaapmuiden, taking in the well-known Boulders and Hilltop climbs.

He said returning to the old route would still be a possibility once construction works were complete.

“We will send out a survey to riders following this year’s race and adhere to the majority’s wishes. In other words, we’ll let the riders decide.”

De Villiers said the roads around the stadium would be closed for the event.

“The rest of the route takes place on open roads but the intersection control and route patrols are very strong.

“Once riders are out of Nelspruit, the roads are quiet and the road surfaces are very good.”

He said cut-off times would not be strictly enforced for the opening stages.

“We have a rule that a rider can start the next stage if he manages to complete the previous stage before his scheduled starting time. We do however enforce a cut-off of 5.30pm for the last stage due to safety reasons.”

De Villiers said all the top local pro teams would be in action up front, including Bonitas’s defending champion Dylan Girdlestone, who will be looking to add a third Jock title to his name.

“All finishers will receive medals and we have a big beer tent for replenishing lost fluids at the finish!”

Special spectator bus packages are also available for families wishing to follow their loved ones along the route.

Registration for the event, which is presented by ASG, takes place from 10am to 4pm on the Thursday before race day at Cycle Lab Fourways, and from 2pm to 6pm on the Friday at the stadium.

Enter at www.asgevents.co.za – a portion of all entry fees will be donated to the Cancer Association of South Africa. For updates, find the race on Facebook or follow @jockcycle.