Esther Suss Aims For The Top 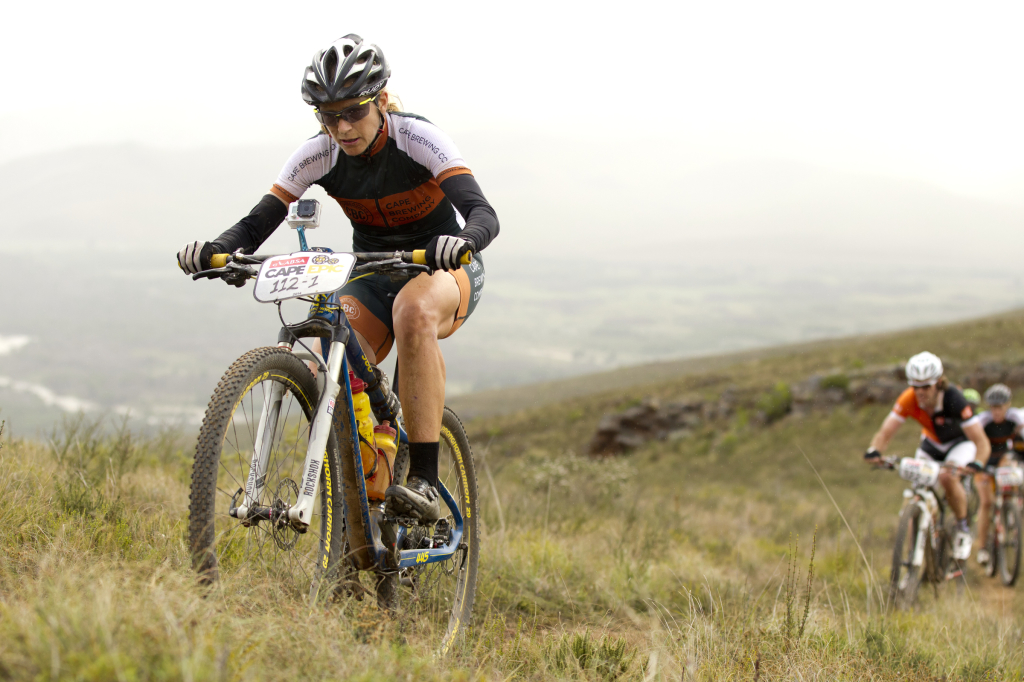 ROBERTSON during stage 4 of the 2014 Absa Cape Epic Mountain Bike stage race from The Oaks Estate in Greyton, South Africa on the 27 March 2014 – Photo by Gary Perkin/Cape Epic/SPORTZPICS

The formidable women’s field for the 2015 Absa Cape Epic includes several of the biggest names in mountain biking, and few have graced the sport quite like Esther Suss.  The Swiss legend and former Marathon World Champion is 40 now but still at the top of her game.  She has twice notched up wins at the Absa Cape Epic: in the Women’s category with Briton Sally Bigham in 2012 and in the Mixed with fellow Swiss Barti Bucher in 2011.  In January she comfortably won the Women’s category at the inaugural Snow Epic in Engelberg, Switzerland.

This year she will be racing with 26-year-old Alice Pirard, the reigning Belgian marathon champion and last year’s winner of the Women’s category at the Cape Pioneer Trek, where she partnered Briton, Catherine Williamson.  Suss is frank about her ambitions for the 2015 Absa Cape Epic stage race: “I would like win the race,” she said, but added that she wanted to have fun doing so.  Pirard is a little more circumspect: “This will be my first Absa Cape Epic. I’m really excited to be part of it.  I have wanted to race the Cape Epic for years, but there was always a good excuse to skip it – mainly because I was too young.  Now I feel prepared to go for a good result with Esther.”

They plan to use the Andalucia Bike Race in Spain from February 22 to 27 to get to know each other’s riding styles: “I’m very motivated and I always fight until the finish line,” said Suss. “I like the long uphills and the nice singletracks.  I don’t know what’s Alice’s strengths are, but I think we will work well together.”  The Belgian said her training had been going well and she was looking forward to riding with Suss: “Esther has a lot of experience in stage racing, especially in South Africa.  She has such a great palmares (record) at the Cape Epic.  We have never raced as a pair, but we both raced the cross-country World Cups.  I improved a lot during the 2014 season and riding with Esther will push me to the next level.  I think we will be a good match, but time will tell,” added Pirard. 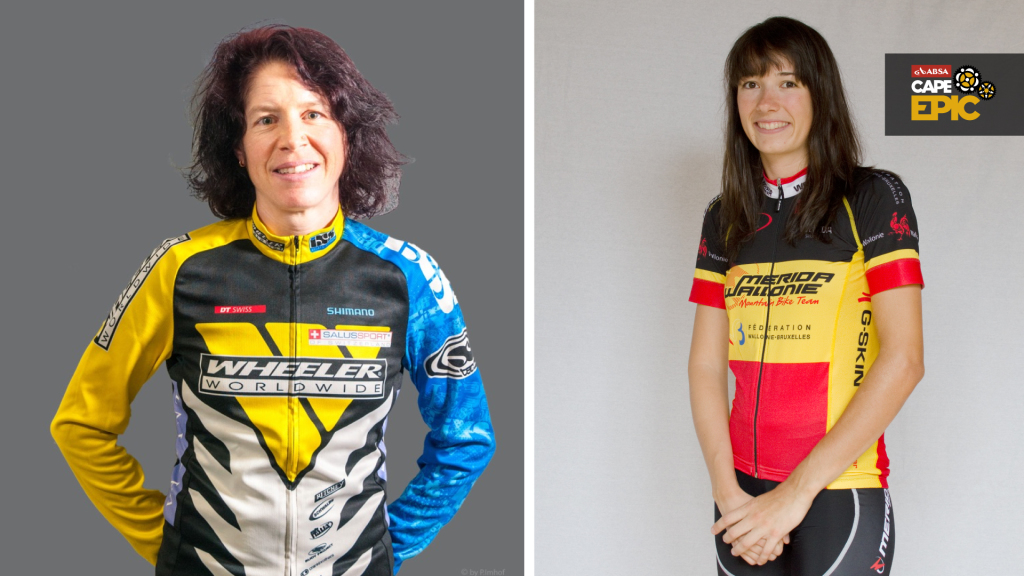 Suss said they would be planning their strategy and approach to the event.  The team dynamic was “one of the most important things … if we don’t work together then we will lose before we start”.  Pirard said defending champions Ariane Kleinhans of Switzerland and Dane Annika Langvad “are the favourites after an impressive win last year, but the competition will be hard – with the prize money being equal for men and women, the women’s field for the 2015 Cape Epic is amazingly strong”.  Suss agreed that the Kleinhans/Langvad combination would be formidable, but also tipped Bigham and her 2015 partner, Slovenian Blaza Klemencic, as contenders for the top step of the podium.

They will be riding full suspension Wheeler 29ers – a “Meerendal-Edition”. Suss said the bike had great components which make it “work really smoothly”.

“I heard a lot of amazing stories about this race, and I’m really looking forward to discovering more about it,” said Pirard.

This year’s Absa Cape Epic takes place from 15 to 22 March 2015 and will once again take 1 200 riders through some of the Western Cape’s most unspoilt territory. It kicks off with a prologue on Table Mountain, starting from the University of Cape Town, and finish eight days later at Meerendal Wine Estate in Durbanville.

Meerendal will host the finish of the race and the Grand Finale celebrations for the first time.  The Grand Finale will kick off with live entertainment, a farmer’s market, great food and wine and unmatched scenery.  Vantage points will be accessible to the general public.  If you want to experience the Grand Finale in style, Hospitality tickets are available on the website.