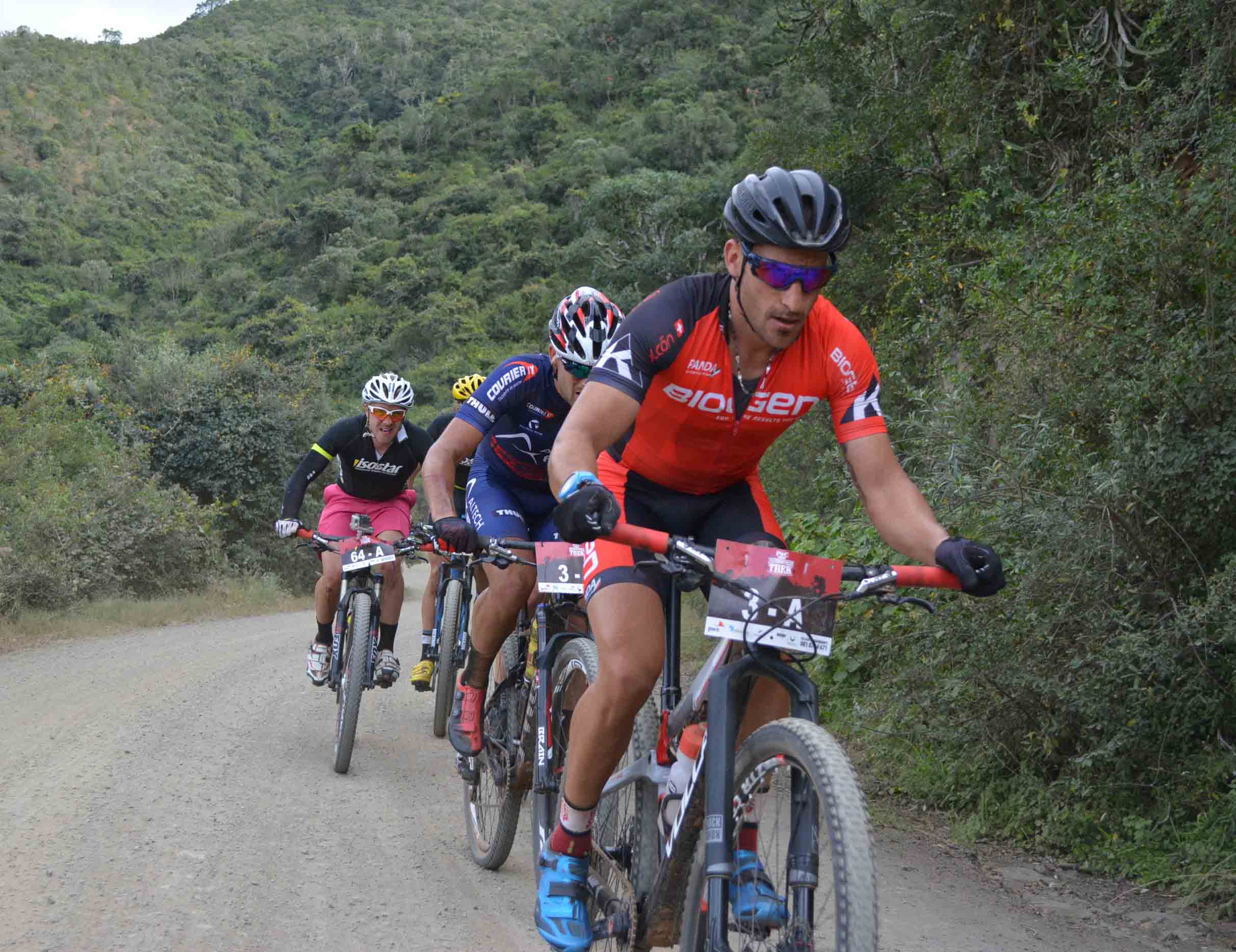 Kevin Evans sealed what could be one of the last wins of his professional career when he and teammate Pieter Seyffert claimed the overall victory in the second edition of the PwC Great Zuurberg Trek mountain bike race near Port Elizabeth on Sunday.

The duo, who hail from Plettenberg Bay and Johannesburg respectively, clocked 2:26:52 to secure the title in 8:50:21.

Despite taking their second stage win, Hill and Wolhuter could not erase the deficit of more than a minute created by the overnight leaders on the opening day.

They retained their runner-up spot in the general classification throughout to finish in 8:51:38.

The rising Isostar pairing of Jurgens Uys and Jason Meaton rounded out the daily podium in 2:29:36 to remain third in the standings in 9:22:00.

Multiple South African marathon champion Evans said the win in the three-day Eastern Cape race was a special one for him.

“It’s possibly one of my last ones, so it’s nice to tick off the Zuurberg Trek as one of the races that I’ve won.”

Seyffert said it was an honour to race alongside Evans in his final season as a pro.

“And then to take the win just tops it off.”

Seyffert, who finished second with Hanco Kachelhoffer in the Old Mutual joBerg2c earlier this month, said he and Evans had been climbing well since taking the opening stage.

“So with our lead and knowing the pass was coming, we decided not to take any unnecessary risks on the descents today. Chris and Andrew pushed very hard on the technical single-track sections but we kept our cool and luckily had no mechanicals.”

The foursome rolled together with Meaton and Uys for most of the day. However, on the final climb, Evans and Seyffert upped the tempo to drop the youngsters.

Then it was left to the top two teams to tough it out, with Hill working hard on the front in the closing kilometres.

Turning into the finishing straight, Wolhuter took the more risky outside line but stayed upright to cross the line first, followed by Seyffert, his teammate Hill, and Evans.

In the women’s race, the Merrell team of Andrea Shirley and SanMari Woithe took their third consecutive stage win in 3:15:24 to defend their title in 12:00:22.

“It’s not easy but I think it’s one of the most scenic races in the Eastern Cape if not the country,” said Shirley.

Mixed category leader Anriette Schoeman clipped a pole and crashed heavily within the first 12km but recovered well to win the stage in 2:57:03.

She concluded an uncontested overall victory in 10:58:53 with Africa Silks teammate John Wakefield.