Everest climber talks on scaling the heights in sport 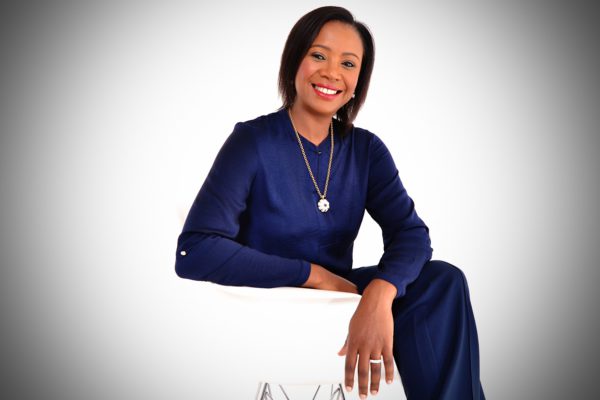 Motivational speaker Deshun Deysel will deliver a keynote address at the Provincial Sports Conference to be hosted by NMMU in George on March 10 and 11. Photo: Supplied

Mountaineering ace and motivational speaker Deshun Deysel will share her experiences from a lifetime of challenges as one of the keynote speakers at the Western Cape’s Provincial Conference on Sport in George next weekend.

The conference will be hosted by NMMU on March 10 and 11 to explore the contribution sport can make to society, emphasising the development of youth and building community participation.

It will have a theme of Olympism, reviewing the province’s contribution to last year’s Rio Games and how the Olympics impact on sport and its development.

The first black South African woman to climb Mount Everest, the 46-year-old Deysel, who grew up in Uitenhage and now lives in Johannesburg, has forged a career in motivational speaking while also managing to satisfy her mountain climbing craving.

As a novice, she was not able to summit the mountain in the 1996 expedition, but she described being part of the first South African team to plant the country’s democratic flag on top of Everest as “a dream come true”.

After the Everest expedition, Deysel found herself increasingly driven to explore other mountain climbing avenues.

This saw her undertake 14 expeditions on five continents, providing invaluable experience which she now imparts to others as part of her company, Deshun Deysel and Associates.

She will use the conference in George to specifically focus on goal-setting and how competitors can handle tough situations.

“I will address the issue of sticking to goals and trusting the process,” said Deysel. “I will deal with how impatient people can sometimes be in the pursuit of a goal and how this can, ultimately, cause them to give up and fail.”

She said one of the chief lessons she learnt from her mountaineering career was the importance of looking after your body.

“You have to have an intimate understanding of your body’s needs and learn to listen to it.

“Too many athletes push themselves so hard that they suffer unnecessary injuries that take a long time to recover. Sometimes you’ve got to go slow in order to go fast.”

Deysel quoted the late Nelson Mandela as she reflected on the role of sport in creating a healthy lifestyle, developing the country’s youth and unifying the community.

“As Nelson Mandela once said, ‘sport has the power to change the world and the power to unify people in a way that little else does’.

“Through my work with the Laureus Foundation, I have seen how sport can make a positive impact, raising people out of poverty, creating understanding between differing factions and creating hope and even wealth.”

She said her own story was evidence that a township kid with a dream and a willingness to work hard could rise above tough circumstances and become a positive role model for others.

In the days of apartheid, Deysel was refused entry to the SA Mountain Club, but she did not let this hold her back in making her mountaineering dreams become a reality.

She believes the Olympic Games are a significant factor in providing inspiration for the country’s budding sports stars.

“I always notice how there’s an upsurge of running, cycling and other sports codes during events like the Olympics and the Tour de France,” she said.

“Without these occasions, people have nothing to aim for or aspire to. The Olympics create role models and legends like (runner) Wayde van Niekerk and (swimmer) Natalie du Toit.

“The Games play a vital role in showcasing the power of human potential in a sporting context and it is an excellent motivator to live a healthy, positive life.”

Deysel said she also believed that participation was vital and that sporting enthusiasts should not become fixated with always winning.

“As a country, we have become lovers of the number one. No one acknowledges the silver and the bronze, yet they worked as hard to get into that particular race or game.

“If our athletes know that we’ve got their back, then they may go out with more confidence. We must find ways to celebrate all outstanding athletes and not just the ones who win.

“This last point is vital in building self-esteem, not just in our athletes, but also in the youth who want to participate, yet are worried about how their failure might be received.”