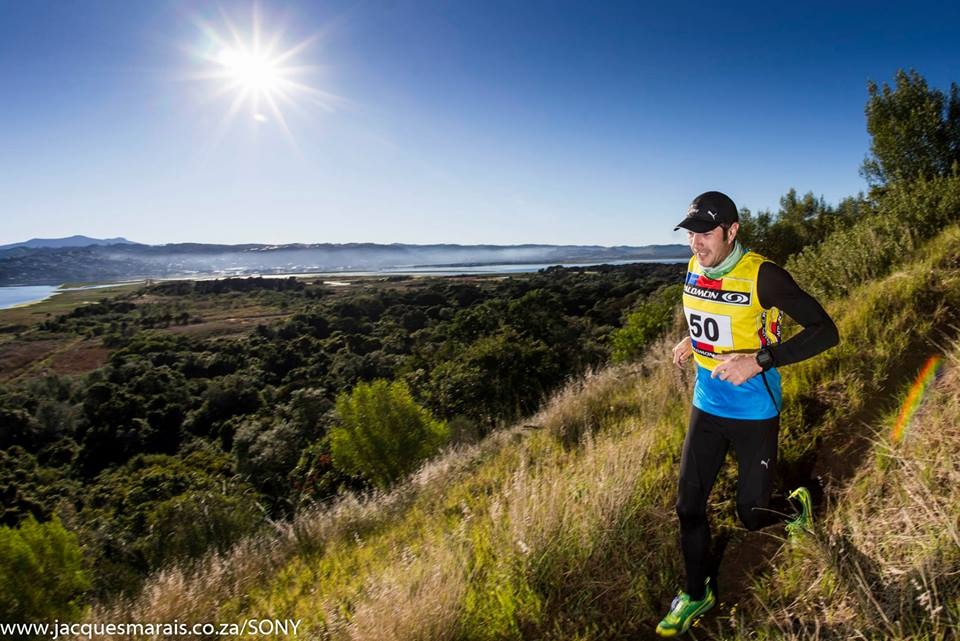 The Featherbed Company is bracing itself for an outbreak of Trail Running Fever as trail fanatics from across the country scramble for entries into one of South Africa’s most popular medium distance trail running events; the Salomon Featherbed Trail Run presented by GU. The family friendly event is the trail running event of the Pick n Pay Knysna Oyster Festival and is as famous for its festive atmosphere as it is for it spectacular course.
The Salomon Featherbed Trail Run is also part of the BIG5 Sport Challenge with a strong field of MultiSport athletes who will be competing against Featherbed athletes on the longer Coelacanth course – however race director Mark Collins puts all his money on local 24 year old athlete Didishe Sinesipho who although as a “rookie” trail runner might be challenged on the technical climb up the Western Head – his raw speed should be enough to get him a victory on the rolling latter section of the course.

The all inclusive experience gained by an entry to the event includes a ferry trip to the Featherbed Nature Reserve, an experience in its own right, a Unimog trip up the mountain (For Seahorse Runners), a choice of one of the two running courses which differ slightly in technical challenge, distance and one beast of a climb, the well-deserved finisher medal and a post-race meal at Knysna’s exclusive Cruise Café. The event is organised into 3 departures; a morning, midday and afternoon run with breakfast, lunch or supper afterwards.

According to Christine Collins from event organisers Magnetic South, the demand for tickets, despite being in its 8th year, is up from last year and she is expecting another sell out run. She urged local runners to get their entries in early to avoid disappointment as entries are being snapped up by upcountry athletes. “Entry is stringently limited by the number of places on the ferries,” she said.

All athletes that are entering online before the 1st of July will qualify for a 15% discount to the Trails in Motion Filmfestival. Trails in Motion is an annual international film tour that brings a collection of the finest trail and ultra running films to passionate audiences around the world and has been screened in 30 countries and over 130 venues world-wide.  Screening this year during the Pick n Pay Knysna Oyster Festival and hosted by the Featherbed Company is a great opportunity to share this “dirty art” with like-minded trail runners and adventure sports enthusiasts.

Entries can be done online at www.magneticsouth.net