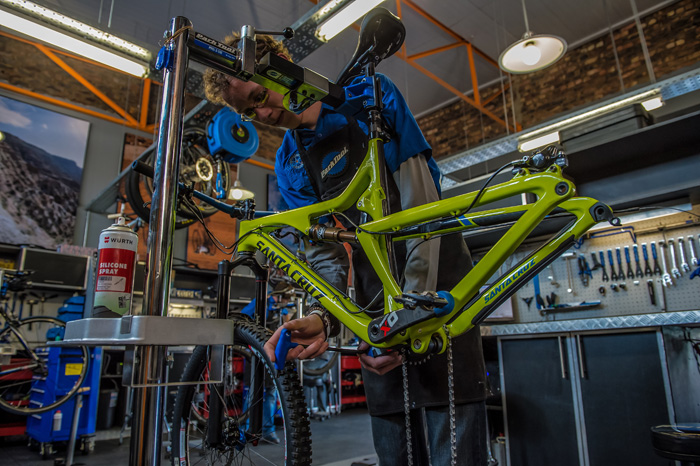 Since opening in January 2013, Torq Zone Cycles has raised the standard of bicycle repair and maintenance in South Africa. – Picture Torq Zone

Cycling has become the fastest-growing sport in South Africa and has created great growth opportunities for our economy over the past few years. However, there has been a complete lack of formalized and structured training of bicycle mechanics in South Africa.

“Our partnership with ACT gives us the opportunity to adopt much needed skills in our industry and it enables us to present internationally accredited Cytech™ Technical courses right here in South Africa,” said Dirk Oerlemans, owner of Torq Zone.

Cytech™ Technical courses will now be presented exclusively in South Africa through the newly established Torq Zone Academy which is scheduled to open in Centurion in October 2014.

“Now, for the first time in South Africa, there will be an institution where bicycle mechanics can go and learn their trade, ultimately to become a professional bicycle Technician and get local and international recognition for it. Effectively this will put the occupation of a Bicycle Technician on the map and provide much needed recognition,” said Graeme Stickells, partner of the Torq Zone Academy.

As a value-add, Torq Zone Academy sees itself partnering with social development schemes to offer skills upliftment opportunities for previously disadvantaged individuals. The company further plans to introduce a programme where cycling enthusiasts themselves can also affect positive change through their “Adopt a Technician” programme.